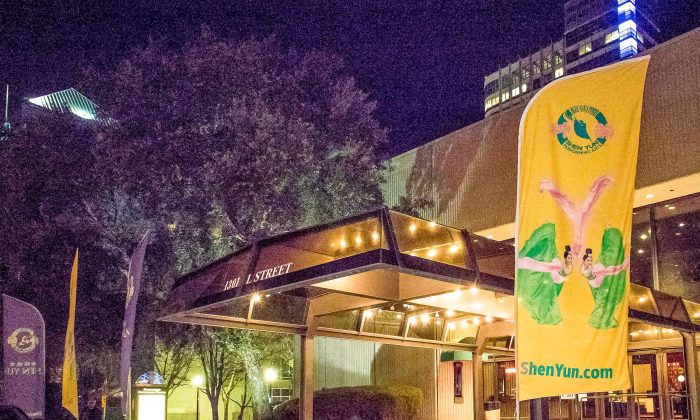 Every year, Shen Yun, a New York-based performing arts company of classical Chinese dance and music, travels to over 100 cities, garnering support and declarations of welcome from government officials around the world, including California.

“It is an honor and a privilege for me to be here this evening to present a certificate of recognition to the organizers of Shen Yun Performing Arts,” said Ms. Nguyen, lauding Shen Yun for reviving and sharing traditional Chinese culture with California audiences.

In its program, Shen Yun offers audiences glimpses into a myriad of different scenes—from ancient legends to heavenly realms to ethnic tribes to stories of modern heroism—all of which showcase different aspects of traditional Chinese culture and beliefs.

She had seen the performance before in San Diego and greatly admired the beauty of the production. “It’s amazing with the beautiful scenery and the beautiful artistic movements as well as the clothing,” she said. The Shen Yun production really transports audiences into China’s history, she said, allowing them to not just see, but also experience it.

“I think it’s wonderful what the organizers have been doing in regard to bringing the Chinese culture to life through these performances…so when I heard that Shen Yun was coming here to Sacramento, I told my senator that we need to be up here this evening to support the arts and the Asian American community,” she said.

Being a Vietnamese American, her parents had instilled within her from a young age the importance of preserving her heritage and culture, just as it is for the Chinese-American community in California to preserve traditional Chinese culture.

“It’s very important we keep our culture, and by having these types of artistic shows throughout California and across the nation, it helps to educate and inspire our younger generation, “she said.

She recommended that everyone come see Shen Yun, especially those with children, for a fully immersive educational journey into classical Chinese culture. “Going to school is one thing, but for them to be able to see the performances alive—it’s a once-in-a-lifetime experience.”