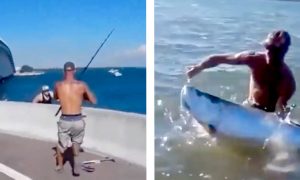 Video: Man Furiously Battles to Reel in a MASSIVE Fish in Florida
0 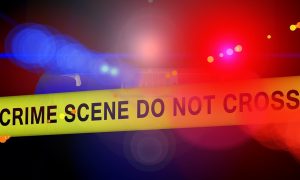 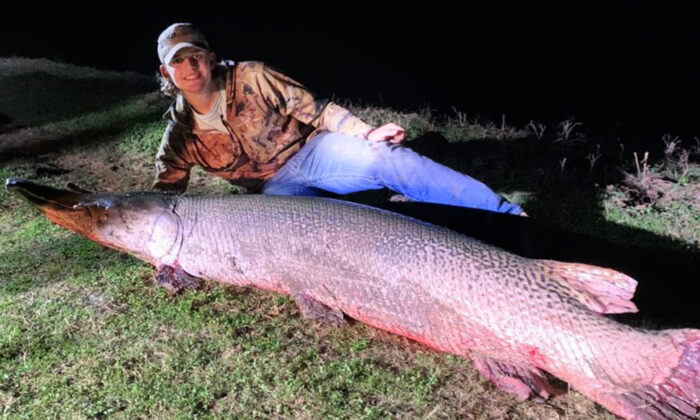 Eighteen-year-old Texas high school senior Jack Pytel was out fishing on the evening of Feb. 1, 2020, when he made an incredible catch: a 7-foot-5-inch 190-pound (approx. 86-kilogram) alligator gar. The young man from Needville, Texas, told KTRK, “I was planning on catching some catfish. I didn’t even bring my stuff for gar that night.”

While fishing on the Brazos River with his girlfriend and a friend from school, Pytel got a big bite that let him know something massive was on the other end. “I called out my buddies to help out by catching the gar,” he told KPRC. “I didn’t realize what it was until after a half-hour later it jumped out of the water.”

After a half-hour battle with the giant fish, Pytel finally managed to reel in the gar and was quite proud of his exceptional catch. “It’s really cool to catch stuff like that, something so old, too, and prehistoric,” he said. An impressive photo shared by the news station shows Pytel and the fish lying on the ground side by side, the fish clearly the longer of the two.

That night, Pytel had chicken liver on his line as bait for the catfish he hoped to catch, but the yank on the other end made him realize he had a much bigger adversary. Feeling the tug on the line, Pytel asked his girlfriend if she wanted to give the fish a try. “I actually gave her the rod for a minute, tried to get her to fight it and she said ‘no, this is too much for me,’” he said.

While Pytel knew there were some truly massive gar out there, some of which can reach up to 8 feet, the size of this specimen shocked him. “I’ve caught one around six and a half, but nothing that pushes seven,” he admitted. The state weight record for catches like Pytel’s, with a rod-and-reel in a state-owned freshwater, was 279 pounds (approx. 127 kg) and was set in 1951, per Texas Parks & Wildlife Division.

As for the fate of the fish, Pytel often releases his catches back into the creek or river, but this one was too special to let get away. “My friend’s girlfriend took the gar with us and we cooked it,” Pytel said, adding that “their meat is pretty tasty.”

Alligator gar can live in both saltwater and freshwater but prefer the latter. These ancient fish with giant needle-like teeth are vital to the health of Texas waters. The TPWD explains, “Like sharks in marine systems, this fish helps maintain healthy numbers of many other species. Alligator gar primarily feed on fishes such as buffalo, carp, and shad.”

The alligator gar’s “ancestors have been found in Permian deposits as fossils from 215 million years ago, making them not only one of the most ancient fishes, but also truly native Texans,” TPWD adds. The unique fish is the largest and longest-lived freshwater fish species in the state. Alligator gar do not pose any risk to humans. The TPWD explains, “The teeth of the alligator gar are designed for holding and subduing prey, not tearing it into bite-sized chunks like sharks.”

A far cry from their terrifying size and image, alligator gars are actually quite docile and only become aggressive when being reeled in by fishermen. They can be difficult to catch by traditional means because, per the TPWD, they are often “slow or hesitant to swallow a bait. If something is amiss or they feel resistance, the bait is often dropped.”

Though Jack Pytel isn’t a gar specialist, he certainly wants to test his mettle against another one of the same proportions, or even larger. “I’m hoping to and I’m going to be fishing for more,” the young man said.