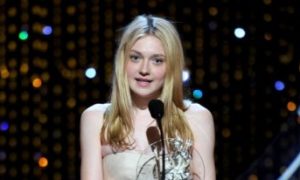 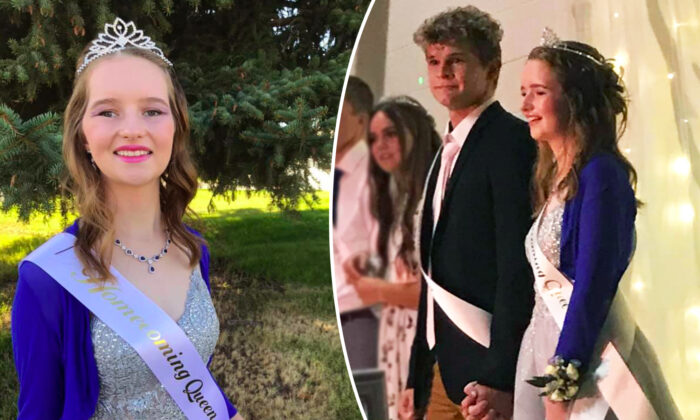 While the crowning of a homecoming king or queen is an honor to be proud of bestowed as a high school student, the crowning of 17-year-old Deserae Turner, of Logan, Utah, was something extra special.

At the age of 14, Deserae was lured by two older high school students, one of whom was her friend, into a ditch, where she was shot in the back of the head and left for dead.

Against all odds, she not only survived the attempted murder but has since embarked on an ambitious rehabilitation that led to being crowned homecoming queen.

Before her shooting, Deserae Turner was a competition equestrianist who could often be found riding her horse whenever the weather was nice. She wanted to become a nurse after finishing high school; after her brush with death, she was left fighting for her life.

Rehabilitation was slow and painful. Learning how to walk again has taken a long time, as has regaining the use of the right side of her body. At the sentencing of her one-time friend and would-be murderer Colter Peterson, she said, “There are times I wish I could give the gun back to Colter and tell him to try again and put me out of my misery,” per CBS News.

As her mother, April Turner, told the Salt Lake Tribune, “She had to relearn everything.” Despite searing headaches that can completely immobilize her with pain, Deserae has made it through nearly a dozen surgeries and has even gone back to school. She can only concentrate for limited periods of time and returns home for a nap and time in an oxygen chamber every day.

Despite all this, Turner has focused on completing her high school studies so she can start the next chapter of her life. “I am not a complainer. I don’t like complaining,” she told KTSU in Salt Lake City. Her mother said that “she is determined to graduate on time” despite all the setbacks caused by the shooting and rehab.

Turner told the Salt Lake Tribune that she does miss her old life but has had to let it go. “There are times when I just want to go out and ride (horses),” she explained. “I just want to be normal again. I just want to be me. But this is me now, and I just have to embrace it.”

While Turner had no idea that she was even in the running for homecoming queen, she ended up garnering 1,400 votes. Deserae and her mother happened to be with the physical therapist when they got the call about her nomination. She was shocked, but thrilled.

“I was bouncing around, and I was like, ‘I am going to be in the homecoming parade!’” she told KTSU. Of course, the logistics of figuring out how to make everything work were going to be complicated, but for just one moment, she got to be a high schooler dreaming of homecoming.

“That week we cancelled some appointments, some therapies, we just skipped them for the week,” her mom, April Turner, told Good Morning America. “We just let her do normal teenage, fun things. It was great.”

As for doing her hair, makeup, and picking out the dress, donations flooded in from the community to help pay for it all, and people volunteered to help out in various ways. “I feel honored, overjoyed and blessed that the student body would give me this honor,” Deserae said to GMA. “I’ve had a hard couple of years, but this week being homecoming queen, I was really happy.”

When the big event finally came, Deserae was dressed up to perfection and accompanied by her date, Logan Matz, as well as her father. The belle of the ball even lost track of one of her shoes at one point, echoing the Cinderella story that she felt herself to be living through. “The homecoming king got down and put my shoe on and I totally felt like Cinderella,” she said to KTSU. “It was a beautiful moment.”

While showing up for all the public events left her a bit exhausted, she wouldn’t trade the experience for anything in the world. As she told the Salt Lake Tribune, “It was a lot, but it was so worth it.” Turner wishes that each and every high school girl will be able to experience “such a magical night.”