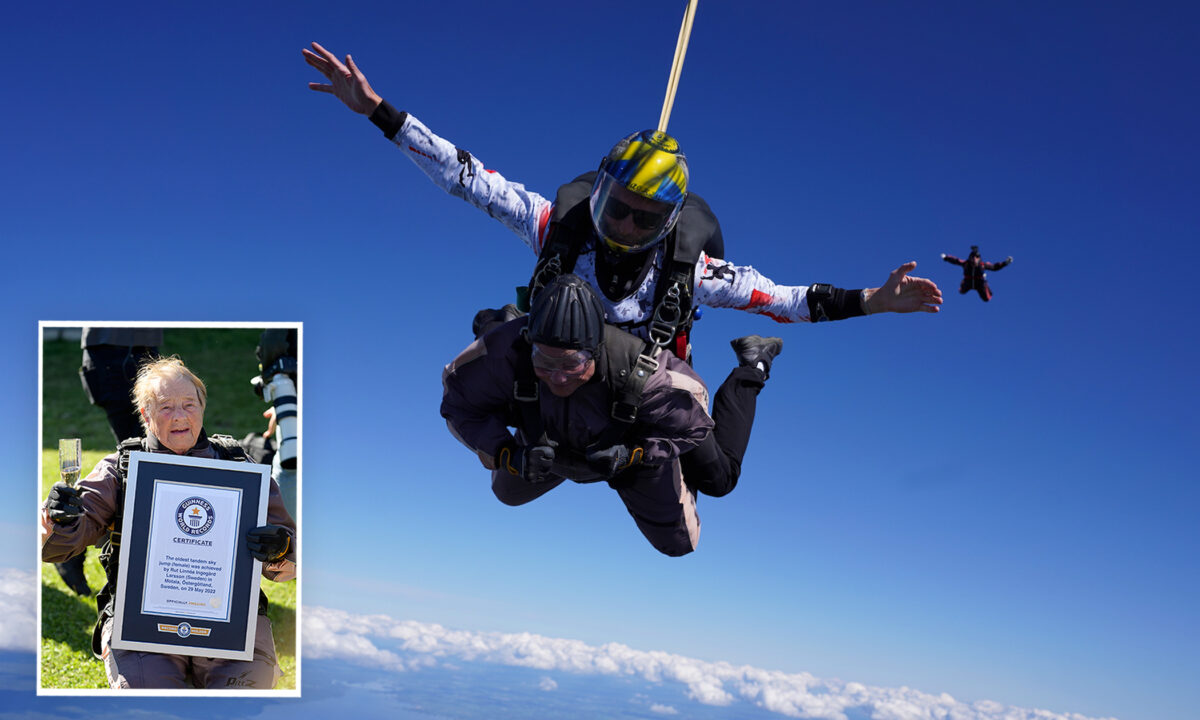 At 103 years and 259 days old, a Swedish woman has fulfilled her dream and broken a world record in the process by becoming the oldest woman to tandem parachute jump from a plane.

The sun shone in a cloudless sky as Rut’s family and local media flocked to support the daring centenarian, Guinness World Records reported.

Rut told the outlet that her daughter, Ulla, bought her a new pair of sneakers for the big day. She also expressed her gratitude for the warm weather, saying: “You get new strength when summer comes. It will be exciting, of course, and I have no regrets!”

Rut, who was born in 1918, listened to the Lasse Dahlquist song, “Try Your Wings,” during her record-breaking event. She broke the previous record for Oldest Tandem Parachute Jump (Female) held by Kathryn “Kitty” Hodges of Tacoma, Washington, who was 103 years and 129 days old when she gained the title in 2019.

Two years younger than her predecessor at that time, Rut waited until 2022 to fulfill her dream and secure the new world record.

However, this wasn’t Rut’s first time jumping out of a plane.

She discovered her love for the skies in her late-80s and rang in her 90th birthday by paragliding for the very first time. She experienced her first tandem parachute jump in 2020 at 102 years old. Not just an adrenaline junkie, she knew she wanted to break a world record.

Besides flying high, Rut is a keen puzzler and enjoys time with her family—comprising five children, 19 grandchildren, and roughly 30 great-grandchildren—with whom she lives in the countryside outside Mjölby.

The elderly woman is also a passionate choir singer, and as recently as December 2021 has performed for her community during the 400-year-old Swedish celebration of St. Lucia Day, at Zenit, a meeting place for seniors in Mjölby.

One of the oldest women ever invited to represent St. Lucia, Rut wore a crown of candles and led the Luciatåg procession through town.

“There is something special in being the oldest one,” she said.