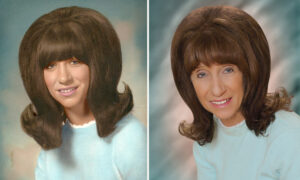 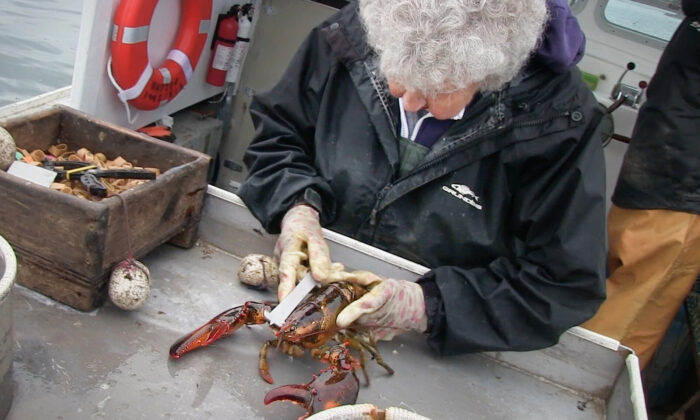 Those who know Rockland, Maine’s “Lobster Lady” claim their 101-year-old local legend may be the oldest person in the world still lobstering—and she shows no signs of quitting.

Virginia “Ginny” Oliver has lived on the same street since the day she was born on June 6, 1920. Her late husband, whom she lobstered with for decades, was a resident on that street when they tied the knot.

“Virginia started lobstering with her older brother when she was 8 years old,” Wayne Gray of Rockland Historical Society told The Epoch Times. “She’s been lobstering on and off for 93 years.”

One of three siblings, Virginia spent childhood summers on an island with her family. Her father ran a lobster pound and would send 8-year-old Virginia to pilot a lobster boat and fetch the part-time help from nearby islands. Virginia also helped her father tend his store, selling supplies and gasoline to local lobster fishermen.

Today, Virginia has a daughter and three sons who lobster, yet at 101, she has no plans to pass the baton. She and her 78-year-old son, Max, have been lobstering June through September since Virginia’s husband died 15 years ago.

“Virginia has 200 traps in the water of her own; Max has a few more than that,” said Gray. “Lobster fishermen don’t like to tell how many lobsters they catch in a season.”

Rising before 5 a.m., Virginia drives her pickup to Owl’s Head with Max three times a week to board her late husband’s boat, named “Virginia,” after her. At the wheel, stirred by a fresh sea breeze off Andrews Island, Virginia is in her element.

The mother-son duo are an efficient team; Max hauls pots while Virginia bands the lobsters.

Despite over nine decades at sea, Virginia never gets seasick and has only had one accident of note: a crab once nipped her finger, requiring a trip to the emergency room and several stitches. Gray shared: “Virginia joked about it, saying, ‘That crab would of bitten my finger right off if there hadn’t been a bone in it!’”

Virginia told News Center Maine that she quit her job at a printing shop in Rockland when she knew that lobstering was her passion. She surprised her husband with the news one day.

Virginia maintains that she will retire when she dies. Max praised his mother’s resolve, saying, “She’s healthy enough … she’s good all over.”

Virginia’s longevous career in lobstering has even inspired a documentary, “Conversations with The Lobster Lady,” filmed by Wayne Gray and Dale Schierholt of Rockland Historical Society. Reflecting on her story, Virginia concedes that in a changing world, her life is “altogether different from most people.”

Beside lobstering, Virginia cooks homemade meals for her four children every Saturday night and is revered for her delicious home-baked donuts and pastries. Her “secret,” she says, is to keep busy.

When asked when she plans on retiring, the 101-year-old answered, “When I die.”