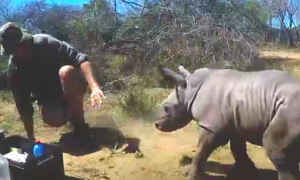 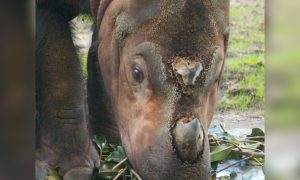 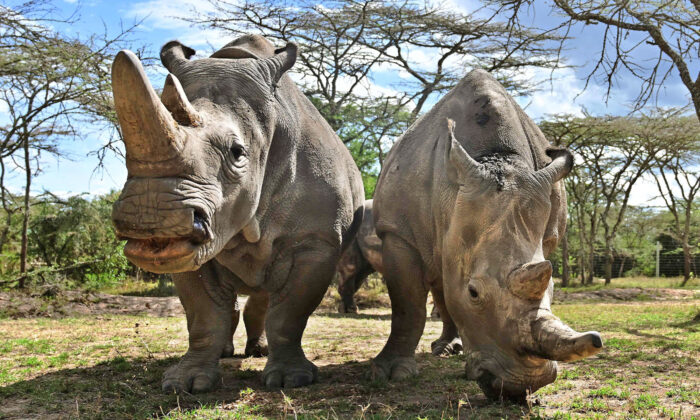 Scientists in Kenya found success once again in harvesting eggs from the only two northern white rhinos worldwide, furthering the initiative to save the animal from extinction.

The last two northern white rhinos, Fatu and Najin are both female and have been living at the Ol Pejeta Conservancy in Kenya. When the last male, Sudan, died in 2018, it raised concerns that the subspecies was on the verge of extinction.

The conservancy is now one step closer to dissolving that fear after a team of scientists and conservationists managed to harvest eight eggs from Fatu and two eggs from Najin, it announced Tuesday on Facebook.

The eggs are on their way to Avantea, a medical laboratory in Italy, where scientists will try to fertilize them with frozen sperm from a northern white rhino bull, according to the conservancy.

“Despite the challenges posed by the COVID-19 pandemic, a team of scientists and conservationists have made it from Europe to perform the third ovum pick up on our northern white rhinos, Najin and Fatu,” the conservancy wrote. “Although delayed by eight months, their dedication to the mission has been relentless.”

The Fate of the Subspecies Rests Here

Sperm from both were frozen with the hope that technology would help them facilitate reproduction.

In August 2019, an international team of scientists harvested 10 eggs from the two female rhinos. Seven were viable, and two were successfully fertilized into embryos using stored sperm from two northern white rhino bulls, according to the conservancy.

Rhinos are targeted by poachers, fueled by the belief in Asia that their horns cure various ailments. Experts say the rhino horn is becoming more lucrative than drugs.