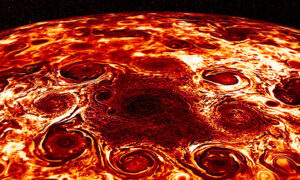 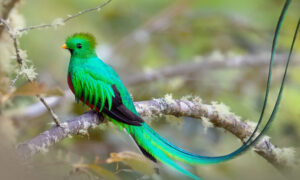 Meet the Gorgeous Resplendent Quetzal, One of the World's Most Beautiful Birds
0 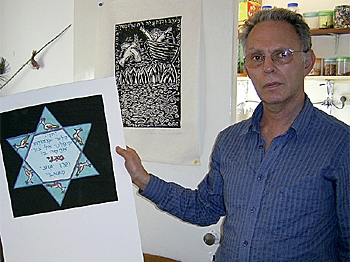 The ‘Star of David’ Man

By Rani Shoket
Print
JERUSALEM, Israel—Zeev Barkan collects Star of David pictures. His Internet blog contains thousands of pictures of the symbol, some he found, some he photographed, and some sent to him by collectors, researchers and artists worldwide. Behind every picture lies a fascinating story. I visited him in his small Jerusalem apartment to learn more.

It Started With a Paper Lantern

Barkan, who is a graduate of Hebrew University and retired, started his "affair" with the Star of David symbol three years ago. He and his son were trying to sell in Israel five pointed star shaped paper lanterns which had been purchased in India. But it wasn't as easy as they imagined.

"We were advised to add a sixth point to the lantern if we were to sell it to Jews," explains Barkan. So they followed the advice, and after a few months of experimenting developed a six pointed star-shaped paper lantern, which they sell in Israel successfully to this day.

But the Israeli market is relatively small. To conquer markets abroad Barkan devised a plan. He would set up a Web site dedicated to the Star of David and offer his lantern. He relied on the logic that people interested in the Star of David would be the best potential customers.

"I am not an expert," says Barkan modestly. But anyone would have a hard time competing with his expertise—he has already published three books on the Star of David and set up five exhibitions. His two sister Web sites, one in English and the other in Hebrew, together boast an average of about 700 visitors a day, and the numbers are rising.

Barkan adds pictures to his collection every day.

"It is an endless sea," he says. "Every day people come up with new Star of David shapes and motifs. I doubt I will ever be able to cover them all. The Star of David is common to many groups and cultures: Jews, Christians, Moslems, Alchemists, Rastafari. The list goes on and on."

But beyond trying to earn money selling the paper lantern, Barkan has developed an authentic curiosity and a keen will to deeply study the enigmatic symbol. He became an assistant of Archeologist Dr. Zeev Goldman, a 103-year old man who resides in a senior citizen's home, and is almost completely deaf.

"He is energetic and his mind is crystal clear," says Barkan of Dr. Goldman. Together, they are now conducting research on the historical origins of the Star of David. Zeev prefers not to reveal any details about the research at this stage but does admit that Dr. Goldman is convinced that he is holding on to new findings that once revealed will rock the archeological community.

For now, Barkan’s preoccupation with the Star of David takes up most of his time. "I dedicate each and every spare moment to it … it's my life," he says.

Nowadays, the Star of David remains popular as much as in ancient times. Not only as a religious symbol but also in modern art. Many of Barkan’s visitors on his Web site are artists searching new ideas for creations involving the Star of David. Judaica collectors as well as professional and amateur photographers worldwide send him pictures of Stars of David of all shapes, colors, sizes and materials.

Barkan maintains a warm relationship with anybody who contacts him. I asked him what it does to him when he discovers a new Star of David.

"Immense excitement!” he replies. "I immediately call out to my son who brings his camera along. He starts filming and I do the talking."