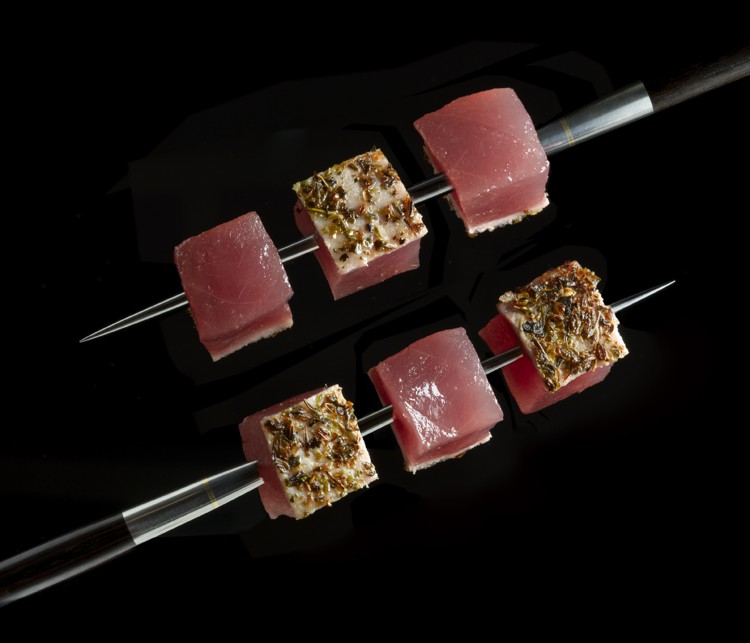 From 2,120 restaurants included in Zagat’s 2013 New York City Restaurants guide, only a few rose to the top of the list, the head of the heap, the king of the … well, you get it—the city’s top 10 restaurants as selected by NYC diners surveyed.

Data shows that New Yorkers are cooking at home slightly more than they are dining out. For the first time ever, the average number of meals cooked at home, 6.7 a week, was higher than those eaten at restaurants, 6.4 a week.

Master chef Seki “does spectacular things with fish” at this Upper East Side Japanese sushi joint. Service is “solid.” Zagat rating of 28 for food, 14 for décor, and 22 for service.

Open until late at night, Sushi Seki is at 1143 First Ave. Their menu is available online. sushisekinyc.com $$$$

Not surprisingly, there is another sushi restaurant in Zagat’s top 10. Located in the Grand Central area, Sushi Yasuda is among “NYC’s best” with “flawless” service. Slightly costlier than Sushi Seki, Yasuda gets a Zagat rating of 28 for food, 22 for décor, and 24 for service.

Simple and elegant New American cuisine is what you will find at Mas. With a warm and intimate setting, and service from staff that make you “feel like nobility,” this might be the place to take that special someone. Zagat rating of 28 for food, 25 for décor, and 27 for service.

Mas is at 39 Downing St. With a menu that changes daily, and ingredients that are used in their seasonal prime, the menu is available online at masfarmhouse.com $$$$$

This restaurant offers some of the finest haute French cuisine in the city. Open since 1962, Charles Masson’s eating establishment is one of “ethereal cuisine, “flawless” staff, and “exquisite” surroundings with “flowers galore” for the discriminating diner. Zagat rating of 28 for food, 28 for décor, and 28 for service.

La Grenouille is at 3 E. 52nd St. Although high-priced, there are lunch deals to look for. The menu is available online at la-grenouille.com $$$$$$

A gem among jewels, Jean Georges sets the bar for special event dining. Described as “New French art on a plate,” the food is “magnificent” and dispatched by a team that has service “down to a science.” Definitely a formal atmosphere, jackets are required. Expect high prices; but look for the $38 prix fixe lunch. Zagat rating of 28 for food, 27 for décor, and 28 for service.

Jean Georges is at 1 Central Park West. Menu is online at jean-georgesrestaurant.com $$$$$$

With three Michelin stars, five stars from Forbes Travel, five diamonds from AAA, as well as being No. 10 of The World’s 50 Best Restaurants, it’s no miracle it was found fifth favorite among Zagat diners surveyed. Daniel Humm’s EMP is “flawless” New French food, served with “Swiss precision” in a gorgeous atmosphere. Zagat rating of 28 for food, 28 for décor, and 28 for service.

Less costly yet just as impressive is Daniel. Decadent French haute cuisine, in a luxurious and formal environment, coupled with excellent wait staff, you can’t go wrong. Jackets not your thing? Less formal dining is available in the lounge area. Zagat rating of 28 for food, 28 for décor, and 28 for service.

Another of NYC’s finest in New French cuisine, Bouley in TriBeCa is sophisticated, formal, and magnificent; a perfect place for a memorable night. Zagat rating of 28 for food, 27 for décor, and 27 for service. There is a midday $55 prix fixe deal that is “one of the best, fancy lunch deals in town.”

Bouley is at 163 Duane Street. Menus are chosen no more than two weeks in advance, and so there is only a sample menu available online at davidbouley.com $$$$$$

Thomas Keller’s restaurant Per Se is “elegance at its apex.” Considered an “epic dining event” of French-New American cuisine is set against a stunning Central Park background, it is a gastronomical theater and symphony performance. Their staff is voted No. 1 in NYC. The prix fixe meal is a whopping $295, but don’t fret, there is an à la carte “salon” for those with less of a budget yet as much of a desire for trying some of the best. Zagat rating of 29 for food, 28 for décor, and 29 for service.

What can be said about NYC diners? They have outstanding taste. Those surveyed by Zagat chose Le Bernardin as the best of the best. Voted NYC’s Most Popular and No. 1 for Food, Le Bernardin embodies a “commitment to excellence.” “Impossibly fresh” fish dishes, “efficient-beyond belief” staff, in a “soothing” setting—it is the Midtown French “seafood shrine” place of choice. The prix-fixe dinner starts at $125. Zagat rating of 29 for food, 28 for décor, and 29 for service.

Zagat’s 2013 New York City Restaurants guide is now out and available at bookstores and online.