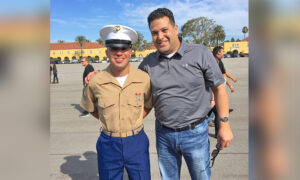 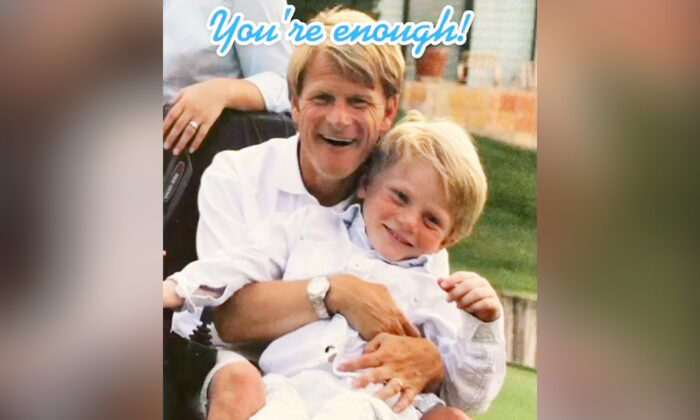 A heartrending video created by a son for his dad with cerebral palsy, who can’t throw a baseball with him like other dads, went viral on TikTok.

The touching video posted on social media was made by college student at LSU in Baton Rouge Joe Wampler, 21, as a way of telling his dad that, despite his disability, he’s loved.

A mere 11 seconds long, the clip, posted on Sept. 13, managed to garner a remarkable 3.3 million views on TikTok.

It starts off with a caption quoting dad Stephen Wampler’s own words to his son: “I’m sorry I can’t throw a baseball with you like other dads;” while Joe’s face betrays a tenderness and sweet expression of love and understanding; then the clip reels through happy moments of them together over the years, with the tune “You Are Enough” by Sleeping At Last playing in the background.

The song says it all.

Joe Wampler told The Epoch Times that his dad was rendered disabled when he got stuck in his mother’s birth canal during childbirth, cutting off oxygen to his head. Despite being in a wheelchair, Stephen “has always found a way to be as hands on as possible,” even coaching his young son in baseball from the sidelines.

“I made the video for my dad because I wanted to show the people of TikTok that my childhood was full of joy, despite having a father with a disability,” Joe said.

“Throughout my life, I have received looks of pity while spending time with my dad and it was important to me to show the world that he was all and more that I could have asked for.”

The son’s thankyou was well received by his father. Stephen Wampler himself was filmed breaking into tears while watching the clip that his son made; and this was incorporated into yet another video which went even more viral, garnering some 13 million views, to date.

“When my dad saw the video that I made for him, he cried,” Joe said. “He’s known to be a crier but that didn’t make it any less special for me.”

Joe told the newspaper how proud he is to be his father’s son, adding, “My dad gave it his all when he was raising me and any time I get to show him how much it means to me, it makes my week and if not week, than month.”