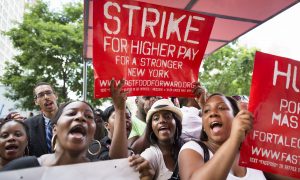 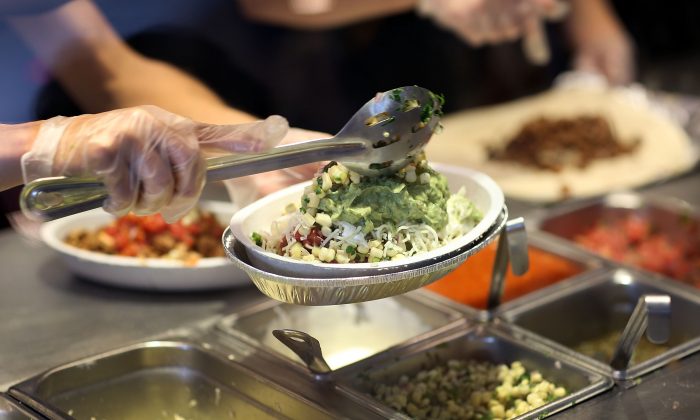 Your Chipotle Burrito Just Got Better, and It’s Not About the Taste

The move, announced on June 4, makes Chipotle one of a few major restaurant chains in the country that provides paid sick leave for all its employees.

Two-thirds of restaurant workers reported they had cooked, prepared, or served food while sick.

According to a 2010 survey conducted by advocacy group Restaurant Opportunities Centers United (ROC United), 90 percent of restaurant workers report not having paid sick days. Two-thirds reported that they had cooked, prepared, or served food while sick.

Looking through ROC United’s annual report on the wages and working conditions in the country’s 100 highest revenue-grossing restaurants, only a handful of the big-name fast-food and fast-casual companies offer paid sick leave to all its staff: Shake Shack, Kentucky Fried Chicken, Panera Bread, Domino’s, White Castle, and Five Guys, for example.

The group also converted the contents of its report into a mobile app, called National Diners’ Guide to Ethical Eating. Users can search by restaurant and see which ones ROC United rates as having responsible hiring and employment practices.

In the past few years, fast-food workers have protested their working conditions with walkouts and strikes, pushing for a higher minimum wage and basic benefits like paid sick leave. As the cost of living increases, they are having trouble making ends meet under the federal minimum of $7.25 an hour.

Many workers are limited to working less than 40 hours a week, making them ineligible for many employee benefits.

In April, facing increasing pressure from worker protests, McDonald’s announced that it would raise wages and provide new benefits for the 90,000 employees who work at its company-owned restaurants (not its franchises).

Beginning in July, the company will pay full- and part-time employees a starting wage of $1 above the local minimum wage (cities and states can set their own minimums).

McDonald’s will also allow employees who’ve been with the company for a year to accrue paid vacation days. Eligible staff will be able to earn an online high-school degree or get tuition assistance to attend college.

Few companies have gone as far as Chipotle, offering extensive benefits to all employees.

Few companies, though, have gone as far as Chipotle, offering all the above benefits to all its employees.

Coffee company Starbucks, for example, has a program to reimburse its staff for the entire cost of their college tuition, but doesn’t give nonsalaried retail staff paid sick or personal days.

“It’s an incredible statement by our leadership about how much we want to invest in the best people we have and to keep them with us,” said Chipotle’s Recruitment Strategy Manager JD Cummings at the Dallas conference, according to Nation’s Restaurant News.

As public opinion pushes more companies to offer basic benefits, some lawmakers are also moving to require them by law. In March 2013, House representative Rosa L. DeLauro (D-Conn.) introduced a bill that would require all U.S. employers who have 15 or more workers to let employees earn paid sick time: one hour of paid sick time for every 30 hours worked.

The bill is currently stalled in the House Subcommittee on Workforce Protections.