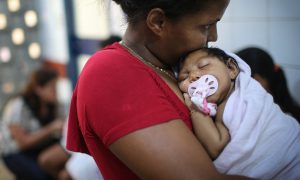 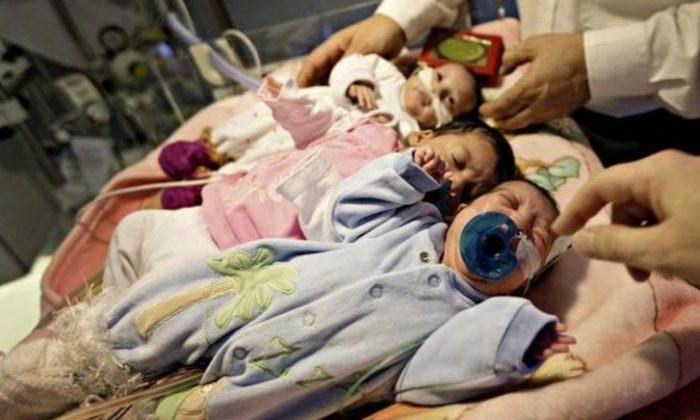 The five-hour emergency surgery took place in December—doctors had originally planned to wait for several months but moved the operation forward when each twin suffered a life-threatening condition.

One of the twins had too much blood while the other did not have enough.

The operation carried a 1 percent chance of success, according to BBC.

“It is the first successful operation of such small conjoined twins in Switzerland and possibly even worldwide, and therefore—apart from great luck for the parents—a medical sensation,” the hospital said in a statement on Jan. 31.

But doctors were prepared for the worst.

“We were prepared for the death of both babies, it was so extreme,” Barbara Wildhaber, head of the paediatric surgery unit at the Geneva University Hospital, told Le Matin Dimanche.

They were pleased the surgery was successful.

“It was magnificent! I will remember it my entire career,” Wildhaber said.

“The perfect teamwork of physicians and nursing personnel from various disciplines were the key to success here,” added Steffen Berger, head of the department of pediatric surgery. “We are very happy that the children and parents are faring so well now.”

The female twins, named Lydia and Maya, were born eight weeks premature at the Inselspital hospital in Bern, along with a triplet who was fully separate and healthy.

The twins are now recovering in the pediatric intensive care unit, but doctors expect them to recover from the operation.

They join about 200 other separated conjoined twins currently living around the globe. Also known as Siamese twins, conjoined siblings are seen in about one in 200,000 live births.