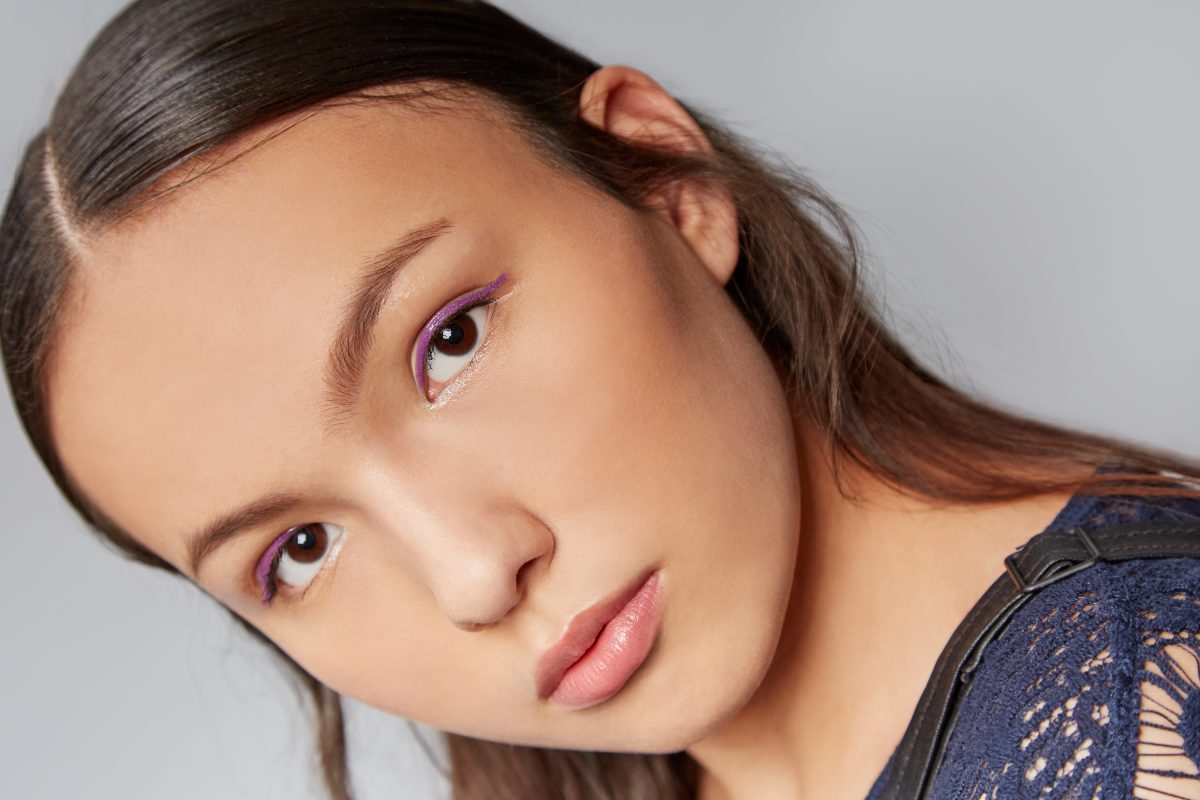 Young Native American model preserves her culture through her work

She's using her career as platform to speak out against cultural appropriation
BY Andrew Thomas TIMEJuly 21, 2018 PRINT

Daunnette Reyome always had an aspiration to become a model. Ever since she was a young child, she would wear her mother’s high heels and walk up and down their hallway as if it were a runway.

When she was 13 years old, the young Native American woman got her “big break” in modeling, but it was actually the start of something much more exciting—she found her voice and the confidence to speak up for her culture and heritage.

Daunnette is from the Omaha reservation in Nebraska, and part of the Winnebago tribe. She is proud of her heritage, but as she got older, she realized few people outside of reservations really understood what life was like for Native American people, or that they even still existed.

“Little to nobody [outside a reservation] knows our truth, or knows what we go through, or our story,” Daunnette told The Epoch Times in a phone interview.

Because of her parents’ work, she ended up moving around America a lot growing up, living in six states.

When she was 11, she did her first modeling event, a hair show, but it wasn’t until she was almost 13 when she moved to Georgia that she really got serious, telling her mom that she wanted to pursue modeling as a career.

“That’s when she turned on her ‘momager’ status,” Daunette said.

But then came the doubt. Things weren’t moving fast enough; would she ever see her face in a magazine? Did she have what it took to be model?

She shared her fears with her mom, who knew just how to boost her back up.

“We talk about it and then I always end up feeling so much better about myself,” Daunnette said. “Then I start picking myself back up and thinking, ok, what can I do now to get me there?”

In early 2016, Teen Vogue was looking for a Native American model. They were holding a casting via Instagram. Unbeknownst to Daunnette, her mom submitted her details.

A few weeks went by, and she heard nothing. Then two days before the photoshoot, her mom got a call—Daunnette had been chosen for the shoot.

Daunnette was in eighth grade and in the middle of a math class when the message came through.

“I literally flipped out,” Daunnette recalled. “Teen Vogue wants me!”

The day before the shoot they packed and left early in the morning. Daunnette and her parents drove from Georgia, where they were living at the time, to New York. Having had only three hours’ sleep, she arrived at the shoot in New York City.

She had no idea that as well as the photoshoot she would be taking part in a video interview about cultural appreciation. Alongside her were Japanese, Indian, and African American models, among others.

At first she was nervous: “I didn’t know what they were going to ask me,” she recalled.

But the questions turned out to be easy for her to answer, so “it wasn’t really nerve-wracking.”

The experience was a dream come true and a massive boost to her confidence.

“It felt like they appreciated who I was, and that made me feel really good about myself,” Daunnette remembered. “It made me realize what I am capable of.”

After her work with Teen Vogue, Daunnette began to receive a number of job offers and interview requests.

“People wanted to hear what, at the time, a 14-year-old Native American girl wanted to say,” she said.

She even gave a speech at the United Nations on the International Day of the Girl Child.

Words cannot even describe how happy I am to be here today. Here's the link to view the event. Happy Day of the Girl http://webtv.un.org #idg2017 #internationaldayofthegirl #nativepride #daunnettereyome

The Teen Vogue article ignited something bigger in her: a desire to speak out about her culture.

She did a series of follow-up videos for Teen Vogue about Native American culture, casting friends and family members to appear in the videos with her. She has also been featured in Change Makers, a project that highlights women leaders of today who are commited to making change.

She wanted to dispel some of the myths and misconceptions people have about Native Americans.

For instance, in eighth grade, she was having a conversation about social studies and opportunities to learn about Native American culture, when a fellow student mentioned he was under the impression that Native Americans received free housing, food, and don’t pay taxes.

“When he said that my blood just started boiling,” Daunnette recalled. “I know we don’t get free anything.”

She has never really experienced face-to-face abuse, she says, but with her new-found internet fame came the inevitable negative comments.

“No matter how much positive feedback I got from that video there was always someone who had the opposite opinion,” she said.

Her stepfather told her not to read the comments, fearing they would hurt her. But her mom encouraged her to face her detractors.

“She thought, once you read that it’ll give you fire to keep on going, and keep on doing what you believe in,” Daunnette said.

She remembers an adult man ridiculing her in a comment on a video, telling her she had no future.

But she wasn’t upset by it.

“It actually made me laugh. It made me realize how ignorant people can be towards a teenager,” Daunnette recalled.

Thinking it’s about time to get back in front of the camera ? the ankle is almost healed, boot is off & I’m so anxious to get back to work ? time to prepare ? ? @patbourquephotoofficial ??‍♀️ @samanthatrionfo_mua CD: @janneprince

Daunnette is only 16. She has a big future ahead of her, and she’s ready to take it on.

“I see myself going really far with my life. Even if it’s not with modeling, I will continue to speak out,” she said.

She is comfortable in herself, and that gives her the strength to overcome any difficulties or moments of doubt.

“I think whenever you take time to just learn about yourself and love yourself, that’s where you get your confidence from,” she said.

“Now, whenever I do have down moments … I tell myself that no matter what you’re going through, you are going to get through it.”

Her Native American name is Shooting Star, and she’s living up to that name.