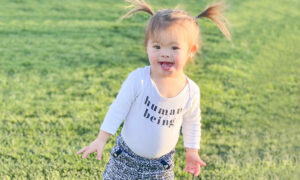 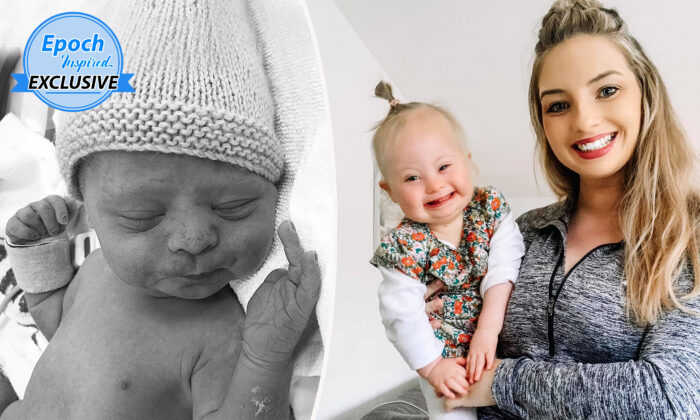 Young Mom Who Refused to Abort Baby With Down Syndrome Says, ‘Look Past the Label’

'My motherhood journey has only expanded my faith ... that God would get her through.'
By EMG Inspired Staff
biggersmaller
Print

A mother who refused to abort her baby with Down syndrome two years ago hopes society would soon stop shrinking these children into the shadows of “negative stigma and outdated opinions.”

Shannon Wemyss and her husband, Mikey, both 24, from Inverness, Scotland, take pride and joy in raising their baby girl, Gracey. Shannon wishes people would make a conscientious, informed decision and honor the gift of life.

“It’s never been difficult at all,” Shannon told The Epoch Times. “Gracey is such a joy.

“Before I met Gracey all I knew was a label that people were putting on her. People thought they knew her before even meeting her, assuming all children with Down syndrome are the same.”

Back in 2018 when the couple found out they were soon going to be parents to a baby girl, they were overjoyed. However, the 20-week scan reflected serious medical conditions the unborn child would face. After undergoing further scans, doctors determined that the baby, indeed, has Down syndrome.

“They had picked up that Gracey had a large hole in her heart and that her kidney wasn’t working properly,” Shannon said. “The heart condition was linked to Down syndrome.

“The doctors were looking at us with such sympathy and immediately gave us our options. We were told we could book in for an abortion the following week.”

Shannon said that almost on “every single appointment” they were told how difficult their lives would be having a child with Down syndrome. Though they worried over the lifelong condition, the couple decided to make a pro-life choice.

“I was scared, Mikey was scared,” Shannon said. “We really didn’t know what to expect for our future. I just had a sense over me that everything was going to be okay.

“We loved Gracey no matter what every professional around us was telling us.”

Meanwhile, Shannon did some online research to find out more about other families bringing up children with Down syndrome and came across some “most amazing” blogs and posts.

“That gave me so much hope,” she said, “and really made me realize that having an extra chromosome really isn’t something to be worried about.”

In January 2019, Shannon gave birth to a beautiful baby girl. The proud mother said they never once regretted their decision to keep Gracey.

“At first I worried and focused on what she might not be able to do, how she would fit in, and whether we’d be seen as different,” she said. “But as soon as we saw her, all the worries disappeared.”

Despite the challenges, Shannon says, her baby girl “smiled the whole way through and shone so bright in the hospital.”

“Gracey’s health is better than ever now and hopefully she won’t need any more surgeries. There is no stopping her now,” Shannon added. “She is everything she was made to be. She isn’t lacking in anything.”

Shannon said that faith played a huge role in their coping with the ups and downs of their journey.

“My motherhood journey has only expanded my faith,” she said.

“I have trusted and clung to the fact that Gracey was made for a purpose, not by mistake. I trusted every time Gracey went to the hospital that God would get her through.

“Our faith helped us, and I know our future is bright. We didn’t get taken through all of that for no reason, there is always a bigger purpose.”

Offering a piece of advice for new parents receiving the diagnosis, she suggested to “look past the label.”

“Try not to look too far into the future, and take each day at a time,” she said. “You will become their advocate and possibly their voice, but know it’s worth it.

“Big words and the unknown can be a really scary place but try and do your own research and speak to people who have gone through it, rather than going by what you are told and that is possibly coming out of a book.”

Shannon hopes people will soon do away with the social stigma and accept these children for who they are.

“We will raise her to be strong and know the truth, hopefully, so that other people’s words won’t put her down,” she said.

“My biggest hope for Gracey is that she absolutely loves who she was made to be. That she knows she is not any less, and she can do anything she wants to. I hope that she doesn’t try to just fit in and embraces who she is.”