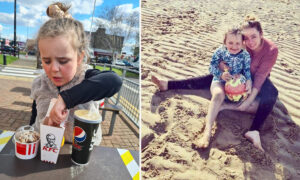 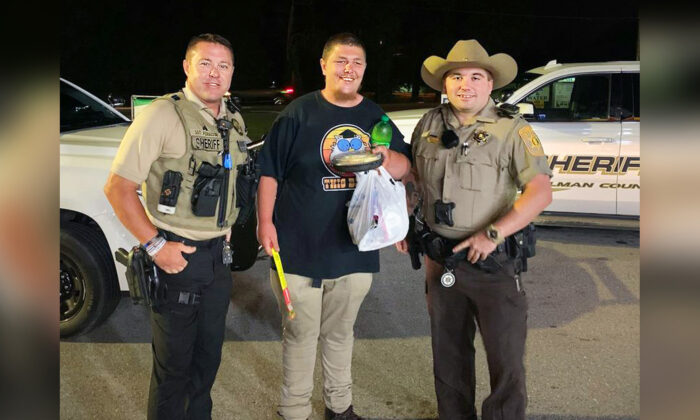 A young man with autism, who found himself stranded in Alabama, was delivered safely home to Indianapolis, thanks to a “chain” of kind law enforcement officers.

Police described a “bizarre story” that ended happily—even if “most of his story was determined to be false.”

The 23-year-old, Sangre Bolin, had called Montgomery police on the week of July 4, claiming he’d been heading to Florida with “friends” when they “physically pushed him out of the car and robbed him at a gas station in Montgomery,” the Morgan County Sheriff’s Office stated.

He was left “with nothing but the clothes on his body … no phone, no money,” he reportedly said, calling himself Willinaus Bolin—actually his brother’s name, they later learned.

The Montgomery Police Department responded by helping him contact his family in Indianapolis, before sending him on “a chain reaction of kindness” home.

The officers took him to a Waffle House in Vestavia Hills and connected him with the Vestavia Hills Police Department, who tried to purchase him a plane ticket home but found none were available.

So, the officers transported Mr. Bolin to the Fultondale Police Department, who then took him to a Love’s truck stop to meet up with a Cullman County Sheriff’s deputy, who bought Bolin something to eat and drink. He was then picked up by Morgan County Sheriff’s Office’s own Sgt. Ferguson.

From there, the chain of custody continued: Sgt. Ferguson rendezvoused with Limestone County Sheriff’s Office’s Lt. Flanagan at the Huntsville-Browns Ferry exit on Interstate 65, who sped Mr. Bolin on his way. Sgt. Ferguson “wished him well on the rest of his trip and slipped him $20 … and then they were off to the next link of journey home,” Morgan County Sheriff’s Office stated.

In an update on Wednesday, July 7, the Sheriff’s Office stated that Mr. Bolin finally made it home after an officer in Nashville connected him with good Samaritan truck driver Joe Tillman, who delivered him safely to his mother and sister in Indiana.

During the ride, Tillman spoke with Bolin and later described him as “quite the storyteller,” Fox News reported.

“I was straight up with him and told him he could be straight up with me,” he said, as police reportedly told Fox News. “Said his friend picked him up with another girl and took his money and kicked him out in Montgomery.

“Couldn’t get much more out of him than that. He was very appreciative of the help from the police departments along the way and hopefully this gives him a better outlook for future decisions.”

In their update, Morgan County Sheriff’s Office noted that, while they were “happy” to have helped Mr. Bolin get home, “this young man’s story may be inaccurate, if not an outright lie.”

“It appears his mother still has both legs and his deceased father … is still alive,” they wrote. “However, our agency, and others, acted in good faith based on the information we were given and we were happy to do it … and would do it again.

“Unfortunately … (this may shock you) we get lied to a lot but as they say … no good deed goes unpunished.”

They added, “We are glad he is home and hope some good will come from the kindness he has been shown.”