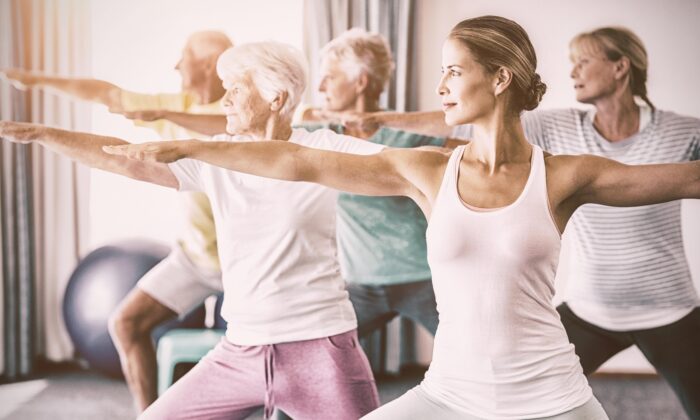 Suffering from a chronic buzzing in the ears can be stressful, and forbearing it better eases the stress
By GreenMedInfo
Share
ShareFlipboardTweetRedditEmail
MOREPRINTFONT BFONT S

Tinnitus is a buzzing or ringing in the ears that has become a chronic nightmare for millions of Americans, causing undue stress, trouble working, and even sleeplessness. With few possibilities of effective treatment, those afflicted may find it worth pursuing alternative treatments that offer possible relief or a higher tolerance for its effects.

Researchers in Poland examined the effects of 12 weeks of yoga training on 25 patients with chronic tinnitus. Affecting over 50 million adults in the United States, tinnitus can affect one or both ears and can stem from exposure to loud noises, ear and sinus infections, hearing loss in the elderly, heart or blood vessel problems, and Meniere’s disease.

Ten of the subjects underwent MRI before and after yoga training, while all participants were assessed using the tinnitus functional index. A control group was made up of 13 persons reporting chronic tinnitus.

Following the 12-week yoga course, the researchers identified several areas that benefited most from yoga therapy, namely a sense of control of tinnitus, sleep, quality of life, and intrusiveness. The MRI results also revealed that connections in the white matter of the brain appeared stronger as a result of the training.

“Yoga training has good potential to improve the daily functioning of patients with chronic tinnitus and can be considered a promising supporting method for tinnitus treatment,” reported the researchers writing in the journal Complementary Therapies in Clinical Practice.

What Remedies Can Make a Difference in Tinnitus?

Tinnitus treatment varies depending on the cause, yet there are patients who have found no lasting relief from hearing aids, sound-masking devices, and medication.

After six treatments, the frequency of tinnitus occurrence as well as loudness appeared to be significantly reduced in the electrical acupuncture group, while quality of life improved at two post-treatment periods in both manual and electrical groups.

Improving levels of coenzyme Q10, zinc, and vitamin B12 have also been linked with the improvement of tinnitus.

Depending on its severity, chronic tinnitus can lead to distress and anxiety from trouble hearing, working, or even catching sleep at night. Not everyone affected has successfully learned how to cope with the noise, which can come in the form of roaring, hissing, clicking, or other common sounds.

Yoga, an ancient wellness practice, can help immensely in managing stress, whether from conditions like tinnitus or everyday stresses that you encounter. There’s mounting evidence that vouches for its favorable effects against stress and diseases. GreenMedInfo.com has an exhaustive list of studies vouching for yoga’s therapeutic actions. Other natural remedies against stress, which act as mental wellness tools, include:

Integrating yoga and other natural approaches with additional lifestyle and environmental changes can make a radical difference in your tinnitus experience—even more so in the lasting, life-disrupting distress that can come with it.

The GMI Research Group is dedicated to investigating the most important health and environmental issues of the day. Special emphasis will be placed on environmental health. Our focused and deep research will explore the many ways in which the present condition of the human body directly reflects the true state of the ambient environment. This work is reproduced and distributed with the permission of GreenMedInfo LLC. Sign up for the newsletter here.