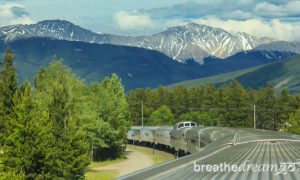 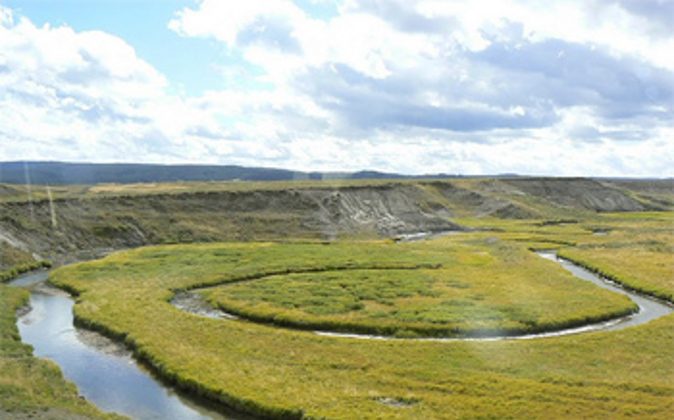 Of all the animals you can find in Yellowstone National Park, none generate the controversy nor the tourism revenue of the gray wolf. The predator was introduced back into the park fifteen years ago, after the original population was killed off by park rangers in the years up to 1926.

Bison are the most prominent large animals you can find in Yellowstone. (Go Nomad)

After decades of debate, study and acrimony between wolf lovers and ranchers, who stand at opposite sides of this fiery issue, the decision was made and today, about 75 adult wolves and 50 pups live in the park.

Visitors can see them through scopes that are frequently set up along the roads and in certain locations by wolf-lovers, who help park rangers keep track of them by reporting sitings. If you’re planning a trip to Yellowstone, track down ranger Rick McIntyre and look for him leaning over a scope or speaking to visitors. McIntyre, 61, a park ranger who has worked in Alaska’s Denali, and Montana’s Glacier National Parks, has made the study of these creatures his life’s work.

McIntyre said that there is no place on earth that’s better for viewing wolves than this Yellowstone, located mostly in the northeast corner of Wyoming.

The vast flat plains that are bordered by distant forests and the glittering rivers are perfect habitat and allow visitors to pull over and view the many species that live here. The viewing opportunities that present themselves here to devoted wolf-lovers makes this their Mecca.

The Story of Number 21

Rick told us the story of Yellowstone’s first reintroduced wolves — including one of first alpha males, called number 21, and his mate, 42. Their offspring would later include one of his personal favorites that a National Geographic film crew nicknamed Casanova, but McIntyre called 302.

“He liked the females so much, he never made much of an alpha male wolf. He preferred to find mates and when threatened by other wolves or other predators, he’d turn tail and run instead of fight. He was very popular and had many girlfriends, siring dozens of offspring.”

McIntyre talked about the wolves as if they were humans, yet it all made sense. His tireless daily pursuit has resulted in nearly 8000 pages of field notes, culling all of his own wolf observations along with records of hundreds of volunteers’ sitings, creating a valuable record of what they eat, how they live and how they die.

“When was the last time you took a vacation?” we asked him. He said he hasn’t missed a single day of wolf observing in ten years. “What else would I do?” he said with a smile.

Even in the worst winter blizzards, McIntyre never ever fails to go out and observe his cherished creatures. He’s single and has never married, and lives in a cabin in Silver Gate near the park.

McIntyre speaks of the relationships people have with their children and grandchildren, and how they follow their activities as they grow up. He is the same way with his wolves, noting their mating, when they change packs, and when and how they die. He was especially sad to see the demise of 302, the Casanova.

He said that at the end of his life at age nine, 302 became a true alpha male and left behind his promiscuous ways, finally figuring out how to be the pack’s dominant male. It was clear that he felt a deep connection to the animals as he spoke in his gentle voice about how much they mean to him.

In the three states that border the 3366 square-mile park, there are different laws controlling wolves: In Wyoming, they’re shot on sight by ranchers; in Montana it’s against the law to kill them; and in Idaho they have a yearly hunt that took down nearly 200 wolves last year. This year previously scheduled wolf hunts in both Idaho and Montana were cancelled by court order.

Copyright © 2014 by Go Nomad. This article was written by Max Hartshorne and originally published at www.gonomad.com