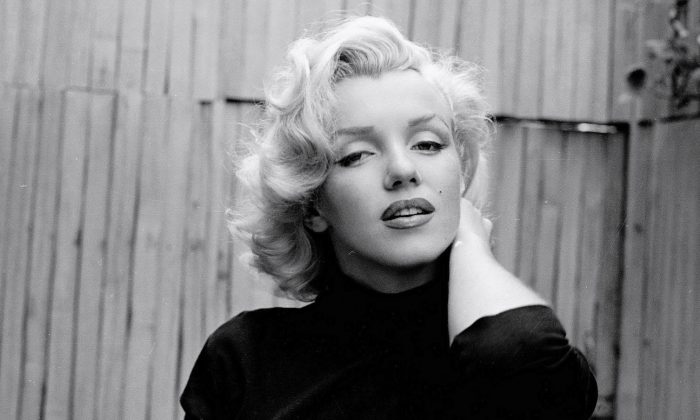 Monroe never performed in a formal theatre production, despite many key people in her life encouraging her to do so. (CC0 1.0)
Arts & Culture

Would Marilyn Monroe’s Career (And Life) Have Been Different If She Had Acted on Stage?

On their first evening together, four years before they married, Arthur Miller encouraged Marilyn Monroe to pursue a career on the stage. It was something she never forgot.

In all that has been written about her, surprisingly little has been devoted to Monroe’s acting prowess or her attraction to the stage. But, as with all sliding doors scenarios, it is tempting to consider what might have been if Miller’s suggestion had become reality.

Monroe’s career began in the era of Broadway’s Golden Age. In 1949, Carol Channing became an instant star when she played Lorelei on stage in Gentleman Prefer Blondes. A Streetcar Named Desire by Tennessee Williams, meanwhile, made stars out of Marlon Brando, Jessica Tandy and director Elia Kazan.

Miller became a household name when Death of a Salesman – directed by Kazan – was performed over 750 times in New York. Many of Monroe’s films were adaptations of stage plays: besides Gentleman Prefer Blondes, there was Bus Stop, The Prince and I, the Seven Year Itch, Clash by Night and How to Marry a Millionaire.

After Miller’s suggestion, Monroe began to research how best to hone her craft. The place she eventually went to, encouraged by Kazan, was the Actors Studio New York. As billboards advertising the Seven Year Itch were plastered to buildings nearby, Monroe sat at the back of the class, where she listened and learned.

Lee Strasberg, who became a pivotal influence in Monroe’s life, was convinced she had the qualities to become a serious stage actor. Delivering a eulogy, after she died in 1962, he claimed,

The luminous quality she had on the screen was oddly enough not reduced, but enlarged in life. Usually, it is the other way around.

But it wasn’t just the Strasbergs, who had so much to gain from their friendship with Monroe, who praised her ability. Fellow students at the studio were often surprised at her talent.

Actor Ellen Burstyn was present when Monroe performed a scene from the play Anna Christie by Eugene O’Neill. She later said,

Everybody who saw that says that it was not only the best work Marilyn ever did, it was some of the best work ever seen at Studio, and certainly the best interpretation of Anna Christie anybody ever saw. She achieved real greatness in that scene.

Kim Stanley and Montgomery Clift (Monroe’s future co-star in The Misfits) were equally impressed. Later, Monroe would perform scenes from Breakfast at Tiffany’s at the Actors Studio that so impressed Truman Capote he lobbied hard for her to play the role of Holly Golightly in the film version. To his fury, Audrey Hepburn got the part.

Joshua Logan, who directed both the film and stage version of Bus Stop, suspected Monroe was inherently a stage actress, no matter how much she loved the camera.

But could Marilyn Monroe, with all her associated troubles, have successfully transitioned to the stage? Certainly she was being trained for it. The Strasbergs’ employed Affective Memory Technique – using past experience to make a character’s action more real.

Students were required to find a parallel event that conveyed similar emotions to the ones the scene was asking for. In Monroe’s case, psychoanalysis was recommended to help her tap into and deal with difficult childhood memories. This drawn out Method approach is more conducive to a theatre production (which it was originally designed for) than a busy film set. The intimacy of the method, the focus on self, appealed to Monroe and she threw herself into it.

Monroe would persist with the Method approach throughout her acting career, despite the disapproval of many of her co-stars. At her insistence, Method acting coach Paula Strasberg accompanied her to film sets to help with preparation before scenes.

This habit infuriated film directors and caused much controversy. However, in the theatre world, it is likely that others would have respected Paula both for her training and the Strasberg name.

Monroe had exceedingly high expectations placed upon her in most of her films – she was the acknowledged star and the success or failure often fell on her shoulders. Whole production companies banked on her name. This pressure would test any actor, no matter how experienced.

Much is made of Monroe’s drug addiction and famous lack of punctuality (few consider the similar behaviour of her co-stars and directors). But with the smaller budgets and longer rehearsal time of the theatre productions, she may have been less prone to the crippling anxiety attacks she increasingly suffered from.

Other stars of the era who managed the transition from “sex bomb film star” to stage actor had a very different trajectory to Monroe. Elizabeth Taylor, Jayne Mansfield and Jane Russell, Monroe’s co-star in Gentleman Prefer Blondes, all grew tired of films that focused mainly on their figures and made the switch to stage.

Marilyn Monroe never did perform in a formal theatre production. She died on August 5, 1962, from probable suicide (an empty bottle of Nembutal sleeping pills was by her bed), although the cause is still disputed.

But if Monroe had acted in the theatre, how different her life might have been.

Certainly, Joyce Carol Oates believes that the stage could have been a kind of salvation for the troubled star. She wrote in 2012:

My belief about Marilyn Monroe is that if she had only resisted returning to Hollywood, to make such an egregious movie as Let’s Make Love, but had remained in NYC in association with the Actors Studio, she might well have had a stage career as a serious mature actress; she might even be alive today.

A small role to begin with, an off Broadway theatre with her Studio classmates, a lengthy rehearsal schedule – it might just have garnered Monroe the respect she craved.