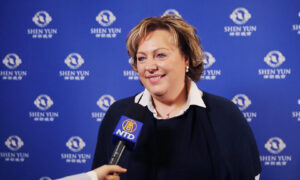 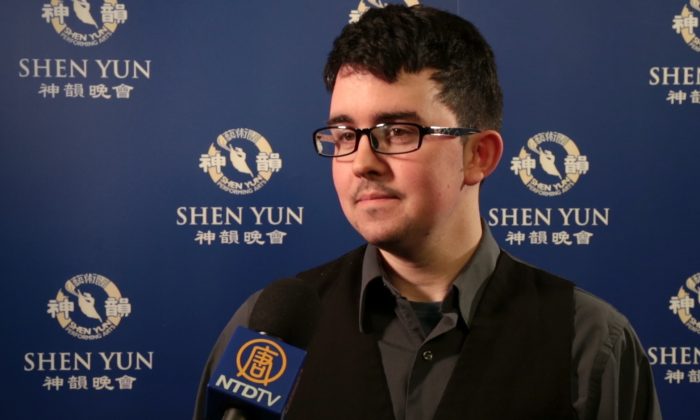 David O'Neill was thrilled to finally see Shen Yun at the ICC Birmingham on March 6, 2016, after a four year wait. (Courtesy NTD)
Birmingham

Worth Waiting Four Years for a Shen Yun Ticket, Says IT Student

Four years ago he had seen promotions for Shen Yun, and thought it looked “absolutely beautiful”.

“When I saw that, I instantly wanted to go and see it but at the time I was a beginning student, so I didn’t have the money to see it. But for the next four years I always tried to get myself a ticket. When I finally got a ticket … it was absolutely well worth the wait,” he said during the interval of the March 6 performance at the ICC Birmingham.

The signature of a Shen Yun performance is classical Chinese dance alongside folk and ethnic dances. The dancers move in beautiful synchronised formations, accented by unique colourful costumes inspired by traditional attire.

“The outfits are unbelievably beautiful and I can’t believe how in sync the dancers are. It is one of the best shows I’ve ever seen,” Mr. O’Neill said.

He was particular struck by the skill of the dancers. “I actually saw one of the dancers doing 90 per cent of one of the dances with her eyes closed. I can’t see how she did that!” he said. “She obviously knew the dance so well that the only time she had to open her eyes was when she had to move around the other people. I don’t know any kind of dance that is that good.”

The dance “Monkey King and the Dragon Palace” was a highlight for Mr. O’Neill. “It just looked so great! I could see everyone was laughing at how it was introduced – never underestimate a monkey!” he said.

He was also moved by the piece “Trial by Fire”, which is set in modern-day China. Through the story of the ongoing persecution of the Falun Dafa meditation discipline by the Chinese Communist Party, traditional values of faith, courage, and the benevolence of gods are explored.

He said he saw how brutal the persecution was, but that “it is very beautiful how people are still standing up against that brutality”.

“I think it is absolutely brilliant!” he said. “They’ve obviously put so much work into this. I’d have to work for at least a couple of decades before I get that good!”

Reporting by NTD and Kat Piper