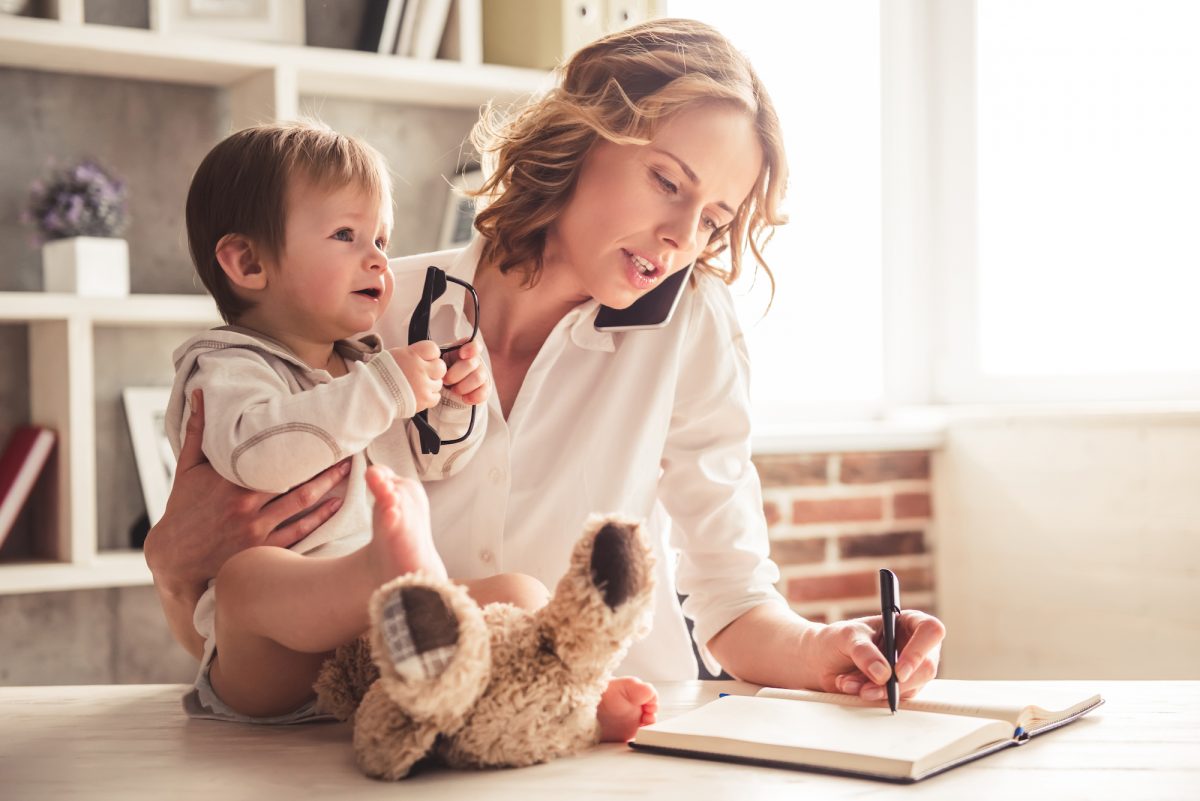 Many women prefer to work some amount of the time and raise their children simultaneously. (George Rudy/Shutterstock)
Family & Education

Recently a mother’s rant about how to keep up with society’s demands about working, parenting, and keeping it all together, went viral—it received more than 72,000 shares. In it, Sarah Buckley Friedberg describes, with frighteningly accurate detail, what it’s like to be a mother, employee, wife, friend, cultural observer, and more. Here’s just a small portion:

“Go back to work 6–8 weeks after having the baby. The baby that you spent 9–10 months growing inside of your body. Go back to work before you have finished healing or have had time to bond with your baby. Keep your mind on work, and not your tiny helpless baby that is being watched and cared for by someone other than you. Make sure to break the glass ceiling and excel at your job—you can do anything a man can do! It is your job to show society this! Show the world that women can do it all. Rise to the top of your career.”

Moms—and probably dads—around the world would applaud this detail-laden anecdote if they weren’t so tired. But really, the author taps into a controversy that women have wrestled with since the first wave of feminism beckoned them out of their homes and into the workforce, and the second wave deceived them into believing they weren’t getting paid enough for a job feminists didn’t know if they should be doing. Now, enter the third wave of feminism: Men are unnecessary. Children, home, balance, marriage, and social life don’t matter in the name of career advancement, salary satisfaction, and knowing that at the end of the day, women are not just responsible but required to shatter the glass ceiling above their head that threatens to squash their goals.

A 2017 study from the UK’s National Health Service found that women are unhappier than men for most of their lives, until they hit their 80s. Why? Women in the UK, and especially in the United States, enjoy more parity now than any other time in history. They now have what they have supposedly been attempting to achieve since the 1950s—they should be a model of joy. There are likely many reasons, spiritual, psychological, and emotional, but I am certain the pressure to both thrive at a full-time job and as a full-time mother has something to do with gnawing anxiety in today’s women.

Now, with the internet, devices that provide long distance “FaceTime” and flexible careers, women can do what is important to them, as long as they make strategic decisions, after determining what they prioritize. For example, some women want to pursue a career in medicine, law or STEM fields and have no problem hiring a nanny, employing a daycare, or utilizing friends and family to help raise their children. That is fine.

Despite how much gender parity exists today, many occupations are not compatible with flexible or part-time work. Yet often, women continue to knock on these doors with their smartphone in one hand and her baby in the other and wonder why they’re riddled with anxiety, guilt, and exhaustion.

If women truly do want a little bit of both worlds, I suggest they stop forcing an occupation like medicine—which requires 24/7 commitment for obvious reasons—to bend to their desire to raise children, and instead explore occupations and jobs that they are interested in but which allow for flexibility, part-time, or remote work. Dozens of articles offer profiles of women who hung up their full-time blazer for good and decided to work from home doing a job they loved.

Women who have succumbed to the myth of feminism as a happiness equalizer will likely always struggle to balance their work and motherhood. The idea that working for someone else will make a mother more satisfied than working for their own family is a highly marketed myth fashioned from feminism’s core tenets. Still, there are ways to achieve personal career and financial goals if women are willing to employ some occupational strategy, do some research, and work in a field that enables flexibility.