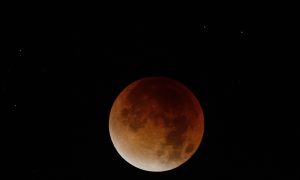 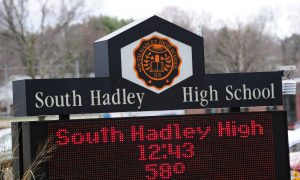 School Bullying: A Matter of Life and Death
0 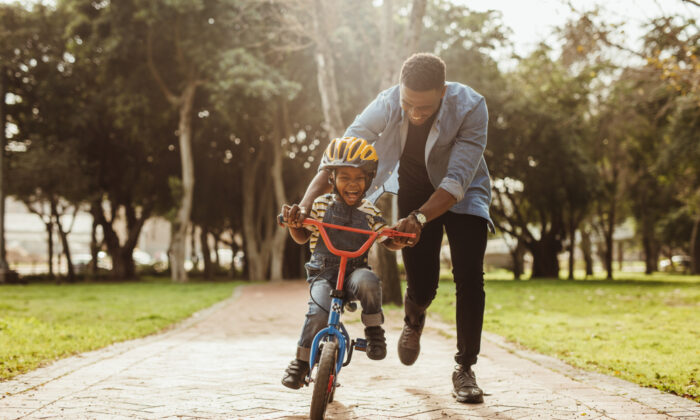 Most parents are quick to encourage their children, whether it's about learning new skills such as riding a bike, or persevering in their music practice. (Shutterstock)
Relationships

Words of Encouragement: A Matter of Life and Death

In the YouTube video “Rex Murphy Interviews Jordan Peterson,” Peterson speaks of the hundreds of people, many of them young, who stop him in the street or send him messages online thanking him for helping turn their lives around. At approximately 24 minutes into the video, Peterson, speaking of the cumulative effects their comments have cast on his “general state of mind,” begins weeping. “I had no idea the degree to which people were dying for a word of encouragement,” he says, adding that so many suffer from a “despair that can be ameliorated with not much more than words of encouragement.”

This scene deeply touched me. There was Peterson, a psychologist, a renowned intellectual, author, and speaker, shedding real tears and sharing real emotions over the despair he had witnessed in others, anguish that might be overcome with simple encouragement.

In the first 8 lines of her sonnet “Love Is Not All,” Edna St. Vincent Millay shared a similar observation of our need for love and emotional support:

Love is not all: it is not meat nor drink
Nor slumber nor a roof against the rain;
Nor yet a floating spar to men that sink
And rise and sink and rise and sink again;
Love can not fill the thickened lung with breath,
Nor clean the blood, nor set the fractured bone;
Yet many a man is making friends with death
Even as I speak, for lack of love alone.

The lack of love, the lack of encouragement, can be as deadly to body and soul as poison. Some of my readers may have crawled on hand and knee through hell, as I have, either because of circumstances—the death of a loved one, the loss of a job, a divorce—or because of a wrong we ourselves have committed. From that experience, we know that the words and deeds of others can become lifelines pulling us out of the gloom and into the sunshine, helping us to regain our footing and find the right path.

What I Have Failed to Do

Recently in church three women were weeping silently around me. One was a girl in her early twenties sitting with a young man directly in front of me. She didn’t take communion, which in the Catholic Church means she was in a state of mortal sin, and when the man rose to go to the altar, she buried her face in her hands. The second looked to be a college student, who sat in the pew a few feet away from me, her eyes glistening with unhappy tears. The third was a pregnant mom standing by a stained glass window, waiting to rejoin her husband and children in the pew, tears glimmering in her eyes.

I wanted to offer consolation. If nothing else, I could have spoken some variation of the words from Graham Greene’s novel “Brighton Rock”: “You cannot conceive, nor can I, the appalling strangeness of the mercy of God,” a line I memorized long ago when I needed that thought inside of me. At the least I could have asked these women the inane question, “Are you okay?”

But I spoke to none of them, mostly for fear of being deemed ridiculous, some meddling old guy. I put on my overcoat and left the church.

In many churches, the faithful recite together an Act of Contrition that contains these words, or variations: “I have sinned in thought, word, and deed; in what I have done and what I have failed to do …”

The majority of us, I suspect, acknowledge, at least in our hearts, the wrong we’ve done. But what about what we “have failed to do”? What if we miss the chance to extend to others the gifts of comfort and exhortation?

Most parents are quick to encourage their children. When Manuel wants to quit his piano lessons, his mother sits him down and explains that someday he will find playing the piano a gift and a joy. When Marie wins a major role in a school play but is plagued by a case of the butterflies on opening night, her father reminds her that she knows the lines by heart and that she was received nothing but praise for her acting from the director.

Coaches and teachers who inspire the young are worth their weight in gold. The best among them are tough on the kids, demanding much from them and delivering praise only when it is deserved. By holding back a little, these mentors give real meaning to their words, and kids will treasure that moment, perhaps for the rest of their lives.

As we grow older, however, we often find encouragement in short supply, which is what brought Jordan Peterson to tears. Rarely is this failure deliberate—no, we are simply unmindful, and neglect to extend the inspiration and hope that might rescue a family member or friend.

Such negligence may occur from simple ignorance—we don’t know the person or the circumstances well enough to advance support and inspiration—but all too often the adults closest to us are the ones we fail. Oddly enough, intimacy and familiarity can blind us to their pain, to their thirst for encouragement. We know them so well, their routine and the foods they enjoy and the movies they like, that we forget to build them up with compliments and uplifting remarks.

It’s weird, isn’t it, that such an effective medication for pain or doubt—as Peterson says, “a word of encouragement”—often remains locked in a cabinet.

To Strengthen, to Hearten

Here’s one example of how encouragement can change the whole game. A friend of mine has written a book, a memoir about a trip by train she took from Greenville, South Carolina, to Seattle, Washington, and back again. She had received little support in writing the book, and asked to share it with me. I read the manuscript, and told her the truth, that she had written a fine book, that I could hear her voice on every page, that she had in this time of ugly political strife given readers a positive portrait of Americans very different than the one painted by our politicians and mainstream media.

Together we edited the book, and then she read the entire manuscript aloud to me, usually by phone, and today the book is ready to be published.

To encourage comes via Latin from the Old French “encoragier,” which meant “to strengthen, to hearten.”

We have the power to strengthen and hearten those around us.

We can give them words to live by.