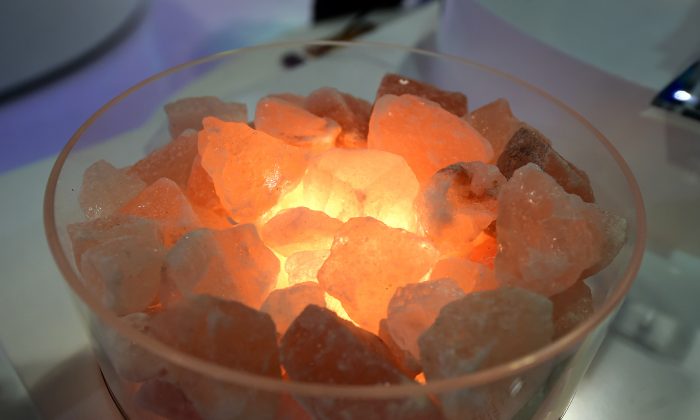 Vets have warned pet owners about the dangers of owning Himalayan salt lamps after a New Zealand woman said her cat almost died after licking the household item.

In a Facebook post which has since gone viral, pet owner Maddie Smith said her cat Ruby initially started to seem unwell on the morning of June 26.

The warning was also shared on a Facebook page for the Rose Avenue Vet Hospital in Coffs Harbour in New South Wales.

“We woke up on Wednesday morning to our darling Ruby walking really strangely and had her head in an odd position as she walked,” Smith recalled.

Smith, who is originally from New Zealand, but lives in Australia, said she initially thought her cat’s behavior could have been caused by cold weather.

She said that she made her way to work as usual after getting Ruby “nice and toasty.”

But by the time she had returned home from work that evening, her health had “deteriorated dramatically,” and Smith rushed her to see a vet.

“Her basic senses and abilities GONE in 12 hours. She was so helpless,” Smith wrote.

A vet has issued a warning for pet owners after a cat was nearly killed from licking a Himalayan salt lamp in New Zealand. Maddie Smith noticed her… https://t.co/p22Aaji5ou

The next morning, blood tests showed she had extremely high sodium levels. Vets told Smith her cat’s brain was swollen as she was suffering from severe sodium poisoning, which then caused the multiple neurological problems.

According to Pet Poison Helpline, sodium poisoning in cats and dogs can be life-threatening, with some common symptoms including vomiting, diarrhea, decreased appetite, seizures and even coma.

Smith said she was unaware of the dangers of owning a salt lamp as a pet owner, and explained that Ruby had ingested the salt by licking the lamp which was in her lounge.

“She is basically a miracle to still be here now.

“These salt lamps are addictive to animals, and if they get a taste it becomes like potato chips are to us! So please please keep these out of reach from your fur babies,” she warned.

Smith said Ruby is on the road recovery and that she has since removed the Himalayan salt lamp from her home.

The Himalayan salt lamp is a popular household item known to have several health benefits, including better quality sleep and increased blood flow, according to Wide Open Pets.

However, it can be dangerous if pets ingest more than their recommended daily maximum salt intake by licking the object, the site reported. A cat’s recommended sodium intake is 16.7 milligrams per day.

Other common household items which are potentially hazardous for pets are essential oil diffusers and burners.

Many essential oils, which are usually extracted from plants, are toxic for dogs and cats, because “their reactions mess up a pet’s natural body chemistry,” according to Michelson Found Animals.

The site urges pet owners to contact a veterinarian if animals begin to show symptoms of poisoning, such as vomiting, difficulty breathing, fatigue, and difficulty walking.