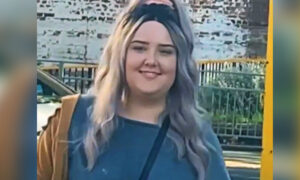 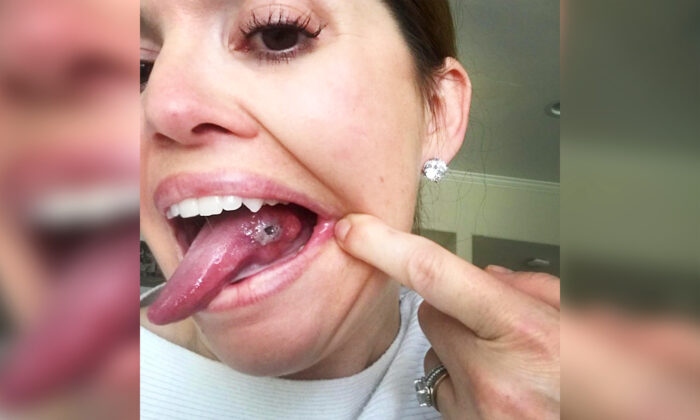 Woman Thought Sore on Her Tongue Was a Bite Mark, Until Doctor Told Her the Bad News

When one California mom woke up with a sore on her tongue, she thought she had bitten it in her sleep. But after it didn’t heal, she learned it was much worse than she first thought.

Jamie Powell, 37, found a bump on her tongue in December 2019, she told LAD Bible. Little did she know it was just the beginning of a battle to save her life.

“I woke up one morning in December 2019 with a bump on the back of the left side of my tongue and thought I must have bitten it in my sleep,” she said. “I didn’t think it was a big deal and expected it to heal quickly.”

However, the bump grew in size over the next few weeks, and Jamie realized it wasn’t normal.

“It wasn’t until two weeks went by that I noticed it wasn’t healing,” she said. “The bump was actually getting bigger.”

Even though her dentist said she had nothing to worry about, Jamie decided to get a second opinion. She shared, “I knew in my gut that something was wrong.”

She went to her doctor, who performed tests. Then, in January 2020, Jamie received news that the bump was cancerous.

“After the diagnosis a few weeks later, I instantly didn’t know who I was anymore and felt betrayed by my body,” Jamie told Metro. “After all the healthy things I did day after day, I still got cancer. I was angry, but I turned that anger into strength.”

First, the doctor performed a glossectomy, a surgery designed to remove the section of tongue affected by cancer. They then rebuilt the missing piece with skin taken from her leg.

However, scans later showed that the cancer had spread to her lymph nodes. She underwent a neck dissection and surgery, after which she was stuck in the hospital with no contact with loved ones due to the pandemic.

Doctors soon discovered that it had entered her nervous system. In an effort to eradicate the disease, they put Jamie through 30 rounds of radiation to her head and neck. The radiation was so intense, it left burns on her skin.

“The radiation was the hardest thing I have ever done,” Jamie remembers. “I met with my radiologist and she explained that it was a morbid treatment and one of the toughest types of radiation.”

But the pain of the procedure wasn’t the worst part; it was the side effects that were most devastating.

“I was told I may never be able to talk or sound the same, which was heart-breaking and I worried about the effect this would have on my children,” she explained. “Every day for six weeks I endured severe burns to the inside of my mouth and neck, and was bolted to the radiation table in a mesh mask and zapped for fifteen minutes.”

Soon, just as doctors predicted, it affected her ability to speak normally.

She described that her tongue felt like a foreign object in her mouth, and she had to re-learn how to move and control it. Jamie’s mouth had a droop from where she had no feeling on the left side, and she lost 40 pounds (approx. 18 kg) from being unable to eat.

“Cancer is just as much a mental fight as it is physical,” she shared. “I felt ugly and was embarrassed at how I looked and sounded.”

She started sharing her story on social media in March 2020 after realizing her condition was rare in nonsmokers. She told Metro that she has never smoked before, but she wanted to share her battle and connect with others.

Though her voice doesn’t sound the same anymore, she isn’t letting it bring her down.

“I’ve survived one-hundred percent of my bad days and I will continue to do so,” she said. “I plan on being around for a long time to raise my boys.”