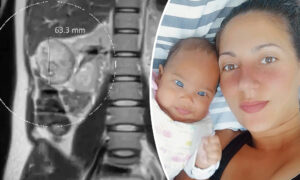 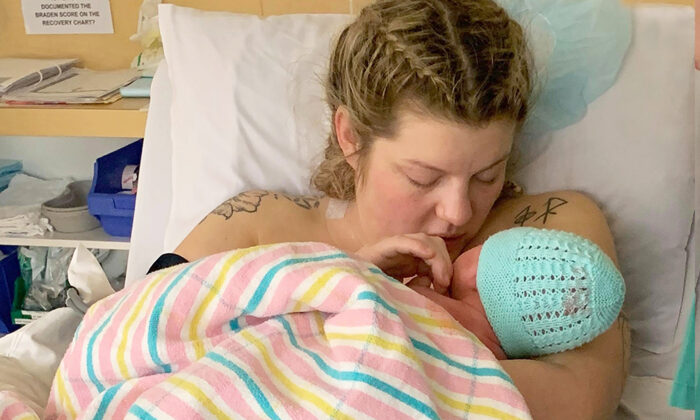 Woman Outraged Over Shaming for C-Section Birth: ‘How Can You Call Yourself a Mother?’

A new mom has shared a powerful post explaining how she was shamed and told she was not a “real mother” because she had a C-section instead of a natural birth.

Like most moms-to-be, Sunny Tucker, 23, from Adelaide, South Australia, had a clear birth plan of how she wanted to bring her little boy Axel—now 8 weeks old—into the world. Tucker was excited to have a natural birth, but due to complications, she was forced to have a cesarean to potentially save her and her baby’s life.

Now the young mom is sharing her story in the hopes of helping to break down the stigma and shame surrounding C-section births.

“I think it’s important for women to know they are not alone in their experiences,” she said. “We should be supporting women giving birth, no matter what the circumstances.”

Tucker, who is also stepmom to 3-year-old Jackson, said that she and her partner, Dillon, 27, were overjoyed that Axel was born safely via C-section and is a perfectly healthy baby boy.

But the mom of two, who has a background in administration, said this elation was soon dampened by an influx of comments from people in her life—from relatives to strangers—who told her a C-section was the “easy way out” and even that she was not a “real mother” because she did not give birth vaginally.

“I was progressing with my dilation and it looked like everything was on track for a natural birth,” Tucker said. “But it dragged on, and the doctors warned that I’d get an infection or have other complications if I waited any longer.

“So I had to have a cesarean. I didn’t want to have one, it wasn’t in my plan. But I knew it was what I had to do to deliver my baby safely.”

“I had no idea of the onslaught of comments that were to follow in regards to the C-section,” she added. “There are really negative attitudes surrounding it.”

Tucker said: “I had a nurse tell me to ‘get over’ my pain, and that other women have it way worse because they gave birth naturally and ‘can’t even sit down.’

“I’ve had other people tell me that I’ve had the easy way out, that I didn’t do anything and just laid there. They told me I didn’t really give birth to my baby.

“The worst comment I received was from someone who said ‘how can you call yourself a mom? You didn’t give birth to him.’

“That really hurt. I don’t know how people can think like that. A cesarean is major surgery. You are cut open and sewed back up, it is not fun.”

Tucker decided to share her experience on social media in the hopes of connecting with other women and to help other moms who may have gone through the same experience. Her post was met with praise by hundreds of other mothers who have also experienced backlash following a C-section birth.

“It was crazy the amount of people commenting on it and saying they had been through the same thing,” she said.

“It is so disheartening to hear that so many moms have been made to feel like they are somehow less than other mothers because they had a c-section.”

Tucker said: “There is so much stigma around it and it really need to stop.

“Women are bringing humans into the world every day and there is no right or wrong way to do it.

“We need to be supporting and celebrating each other instead of having an argument about a surgery that saves lives.”

“In most cases, a C-section is performed to save the life of mom and baby. It literally can come down to a matter of life and death.

“Everyone’s story is different. As long as a baby is born happy and healthy, nothing else matters.”