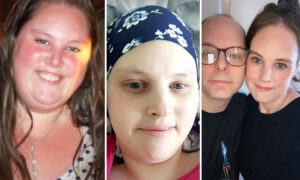 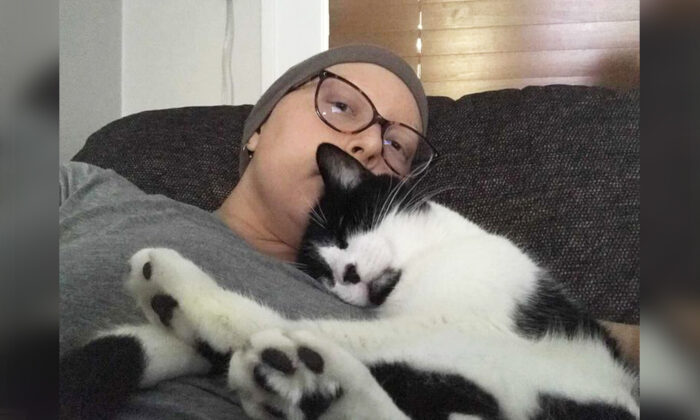 An animal lover has hailed her rescue cat a hero after he saved her life by alerting her to undiagnosed breast cancer.

Kate King-Scribbins, 35, from St Paul, Minnesota, was diagnosed with stage three breast cancer after finding a lump—thanks to her cat, Oggy, who became “obsessed” with lying on the left side of her chest.

“I look back on the changes in his behavior towards me before my breast cancer diagnosis and I truly believe he was trying to alert me to the dangers growing in my body,” Kate said. “Oggy had always loved to snuggle up in my arms but he began to snuggle more aggressively than usual, which was odd.”

The cat was focusing on Kate’s chest area and more prominently on her left side for months. Although Kate would direct Oggy to some other place, he wouldn’t move and was determined to just lie on the left side of her chest.

This subconsciously prompted Kate to check her breasts and after discovering a lump, she was later diagnosed.

Kate, who was 20 when she rescued Oggy, accepts that some people will be skeptical but thinks people with a close bond to their pets will understand.

“I don’t blame people who don’t believe me but I’m not above looking like a crazy cat lady if it means someone else is alerted to a health problem sooner,” Kate said.

During her treatment that followed, Kate made sure to watch Oggy’s behavior closely.

“I noted that he continued to act like this throughout chemotherapy, and it wasn’t until I had surgery, and the cancer was finally removed, that he stopped focusing on my chest,” Kate said.

Grateful to her cat for helping her detect the issue, Kate said: “If only I would have realized what he was trying to tell me. I feel if he could talk he would call me stupid and say ‘I’ve been trying to tell you about this cancer growing in your breast for months now, please notice it and go get checked out.'”

Kate believes she would have caught the issue earlier if only she noticed her cat’s behavior earlier and listened to him.

After grueling rounds of chemotherapy and a mastectomy, Kate—who also had part of her stomach removed in 2019 in a bid to stop cancer from returning after doctors found a rare genetic mutation—is now in remission.

“It’s been a crazy three years, when I heard the words ‘you have cancer’ my life changed forever,  but my husband has been great and I have befriended a lot of cancer survivors. It is good to talk,” Kate said. “Today I feel pretty good, the stomach removal surgery was pretty huge but I’m starting to get my body and life back.”

Kate, who has recently returned back to work as a health care fraud investigator, lives with her husband Andy, 37,  and their four pets.

The couple have two cats and two dogs, and Kate thanks her pets for their therapeutic help since the start of her cancer battle.

“I can’t say I’m on the ‘other side’ of cancer, because as all cancer patients know, the effects of ongoing treatments and check-ups, are never ending.  I will continue breast cancer treatments for years to come,” Kate said.

“Cancer is forever a part of my life, and I am ok with that. It has made me who I am today and I am forever grateful to my amazing animals for their emotional support.”