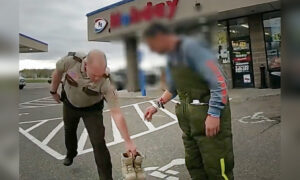 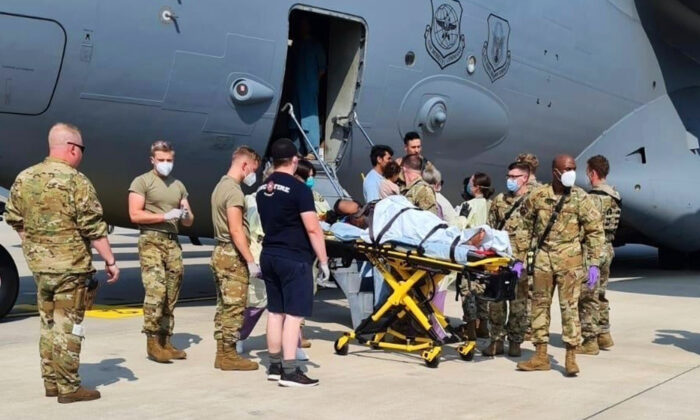 As U.S. forces evacuate from Afghanistan, with thousands of Afghans fleeing the country, an Afghan mother went into labor midflight aboard an Air Force C-17 cargo plane bound for Germany.

Upon arrival, medical support personnel from the 86th Medical Group and a U.S. Army Labor and Delivery nurse helped the unnamed woman successfully give birth in the aircraft cargo bay on Aug. 21.

During the flight from an intermediate staging base in the Middle East to Ramstein Air Base, the mother, who was accompanied by her family, reportedly began to suffer “complications due to low blood pressure.”

The aircraft commander then made the decision to reduce the plane’s altitude to increase cabin air pressure, which helped stabilize her condition “and save the mother’s life,” Air Mobility Command stated.

She gave birth in the aircraft’s cargo hold after landing in Germany. The mother and her new daughter were then escorted off the plane by medical staff for further care.

“The baby girl and mother were transported to a nearby medical facility and are in good condition,” stated Air Mobility Command.

Leading up to the evacuation, Ramstein Air Base has been preparing to receive thousands of Afghans and Americans leaving Kabul.

President Biden plans for all U.S. troops to be withdrawn from the region by Aug. 31. As of Saturday, Aug. 21, about 17,000 people have been airlifted out of Kabul, including 2,500 Americans, since evacuation operations began on Aug. 14, the Pentagon stated.