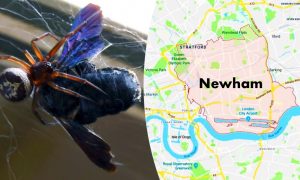 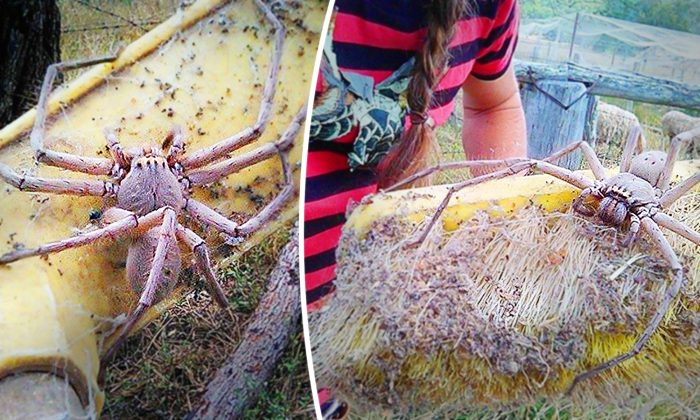 It’s only natural for humans to fear snakes and spiders; it’s an instinct that warns us of potentially poisonous creatures. That being the case, a humongous huntsman spider, home to Australia, could be someone’s worst nightmare.

But that’s not the case for Barnyard Betty’s Rescue, a Queensland animal sanctuary that rescues all sorts of animals in need. A viral photo taken by Betty herself testifies to this after she rescued a huntsman spider the size of a dinner plate. Betty’s posted it online and described the encounter:

“Yes, she is very real and very large and not photoshopped,” the description read.

“She was a beautiful, calm spider, not aggressive in any way and like most spiders she just wanted to go about her business eating bugs and living in peace.

“She didn’t or doesn’t need to be killed! Poor spiders are so misunderstood!”

The encounter took place at an old farmhouse back in 2015. She recounted how she came across the huntsman, who came to be known as Charlotte:

“The kids came running out of the house yelling to me that there was a spider,” Betty told CBS News. “Their mother wanted to kill it. I said ‘No, don’t kill; I’ll remove it!’”

Betty usually deals with eight-legged encounters by using a glass to trap them against a wall and then sliding a piece of paper underneath; this time, that clearly wasn’t going to work. Charlotte was gargantuan. Betty devised a new strategy.

“She was the size of a dinner plate,” said Betty. “So, I grabbed an old broom and gently got her to climb onto the broom head.”

And, as we can see from the photos she took, Betty wasn’t kidding; Charlotte the huntsman spider is a titan of a spider.

While some frightened souls might have opted to kill the intruding huntsman, Betty humanely decided to relocate her where everyone would be at ease, including Charlotte. She released her into an old shed where she would be safe from people and predators.

After the unbelievable photos of Charlotte were posted on Barnyard Betty’s Rescue’s Facebook page, they went viral, garnering tens of thousands of reactions, comments, and shares. And after the encounter, Charlotte’s species became a hot item on the internet, with pics and videos (like the one shown below of a huge huntsman climbing on a fridge, carrying a mouse in its mouth) popping up online.

As unsettling as such spiders may be, huntsman spiders are generally considered gentle and harmless, CBS reported. They can get awfully big, though; some have been reported to have leg spans as long as 12 inches.

For animal lovers like Betty, Charlotte is “beautiful” and one of her “best rescues yet.” As for those of us who are slightly more squeamish, we prefer the huntsman to remain as just a bad dream.