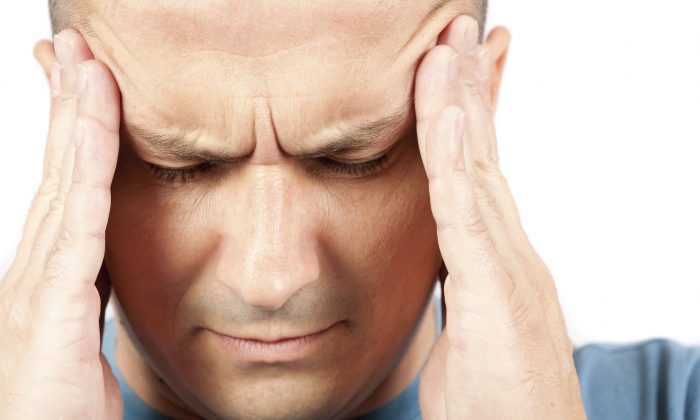 Woman Claims She Used a Food Clip to ‘Cure’ Her Migraines

A woman suffering from an “unbearable” migraine headache claimed that she cured it by using a food clip on a pressure point.

Elizabeth Hayes from Indiana posted on Facebook about the alleged cure.

“This chip clip saved my life tonight. I had a migraine start almost twelve hours ago and about an hour ago it was at an unbearable limit,” she wrote.

“I had exhausted all of my drugs and tricks I usually use to ease my migraines to no avail. I googled fast relief for migraines, and it pulled up something called Aculief,” she added. However, it didn’t arrive in time so she just used a normal food clip.

The post had more than 275,000 shares on the social media network.

Hayes explained: “This chip clip saved my life tonight. I had a migraine start almost twelve hours ago and about an hour ago it was at an unbearable limit.”

Her migraine was pretty much gone in 20 minutes.

She added: “Within one minute I had some relief, and within twenty my pain was reduced by half.”

Another person wrote on her page about using the food clip.

“If you press on a specific point but yes it works, well it does for me but I found as soon as you stop pressing on the spot the pain comes back. Just my experience, good luck folks,” one person wrote.

This chip clip saved my life tonight. I had a migraine start almost twelve hours ago and about an hour ago it was at an…

“Chip clips are only a couple dollars at Hannaford Shaw’s or any of your local supermarkets,” said another.

According to the U.S. government’s MedicinePlus website, “Migraines are a recurring type of headache. They cause moderate to severe pain that is throbbing or pulsing. The pain is often on one side of your head. You may also have other symptoms, such as nausea and weakness. You may be sensitive to light and sound.”

Researchers believe there are a number of factors that can cause the painful headaches, including:

It says that about 12 percent of Americans get migraines, and “can affect anyone.”

But you’re more likely to get them if you’re a woman, have a family history, or have other medical issues such as depression, anxiety, bipolar disorder, sleep disorders, and epilepsy.

An initial phase called prodome “starts up to 24 hours before you get the migraine,” says MedicinePlus. “You have early signs and symptoms, such as food cravings, unexplained mood changes, uncontrollable yawning, fluid retention, and increased urination.”

The next, called aura, can trigger “flashing or bright lights or zig-zag lines.”

“You may have muscle weakness or feel like you are being touched or grabbed. An aura can happen just before or during a migraine,” it says.

The headache then starts, according to researchers.

“A migraine usually starts gradually and then becomes more severe. It typically causes throbbing or pulsing pain, which is often on one side of your head. But sometimes you can have a migraine without a headache,” says the page.