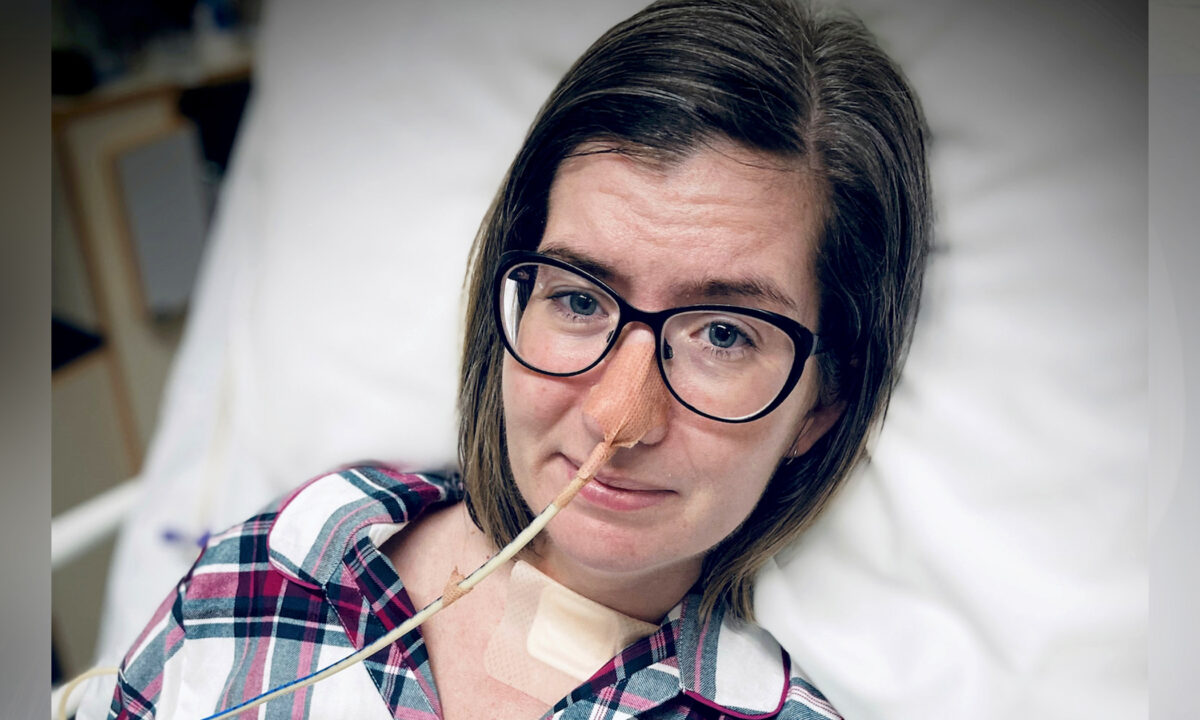 The husband of a super-fit parkrun founder has described the terrifying moment his wife became “locked in” her body following a massive bleed on her brain.

Adam Green, 44, said his active wife, Kate, could only communicate by blinking after she suffered a brain hemorrhage that left her completely paralyzed.

The 42-year-old mom-of-one’s ordeal began after she arrived home from the local swimming baths with her son, Stanley, 7.

Adam said that Kate, a public health specialist in Rotherham Council, had first complained of a headache just before 6 p.m. on Dec. 2 last year.

“It was just a normal Thursday night, taking our son, Stanley, to the local swim baths for a lesson,” Adam said. “I greeted her at the door, and she said then: ‘Adam, I feel really funny.'”

Adam took Kate upstairs and put her on the bed where she lay in the fetal position.

“But by 6:07, 10 minutes after she got home, she couldn’t move, she’d lost the ability to speak, and she was frothing at the mouth,” Adam said.

Adam called the ambulance service to let them know about Kate’s condition, and it wasn’t long before paramedics were rushing her to the hospital to try and save her life.

Witnessing his mother in that condition, the couple’s distraught son jumped on Kate and cried out, “I love you, mommy.”

When Kate was admitted to a nearby hospital, doctors later told the devastated husband that Kate had got a pontine brain hemorrhage, and they couldn’t operate on her as the risks outweighed the benefits.

That night, they asked Adam to call her family, telling him to expect the worst when they switched off her ventilator the following day.

“They didn’t expect the outlook to be a good one, given the massive bleed that she encountered, and it’s quite rare that people do survive from such a thing,” Adam said.

However, incredibly, when medics finally shut off her life-support system, Kate opened her eyes and regained consciousness.

Over the following weeks, speech therapists tried to determine the extent of Kate’s brain function—asking her to move her eyes if she knew what they were saying.

“She replied ‘yes’ or ‘no’ by looking up or down—she couldn’t look left or right. That’s the only function her entire body had,” Adam said. “I kind of felt, well, her mind’s there, she just appears to be ‘locked in.’”

However, the loving husband has since watched on in amazement as his wife—once at death’s door—managed to move her limbs after two weeks, and has now even spoken.

“When she started flickering her fingers, it was like a miracle,” he said. “If that had been the only thing that came back, it would have been alright. But then her toes started moving a bit.”

Her left side came back quite quickly once she had that initial movement, and her left leg is really strong now.”

In the month of March, Kate learned to lift her arm above her head and could speak.

“I’m with her every single day for around 10 hours a day, and I notice a difference every single morning when I get to her,” Adam said.

Adam set up a GoFundMe page to raise money to send Kate—who founded Rotherham Parkrun in 2013—to a specialist clinic where she can continue her incredible rehabilitation.

On March 3, Adam made an update on the page, stating that they had crossed their initial target of 30,000 pounds (approx. US$39,000). With the money, they will be able to send Kate to a dedicated neurological rehabilitation facility where she’ll have a very structured routine.

“As a public health specialist at Rotherham Council, she’s passionate about getting adults and kids out and about,” Adam said. “She’s never content being sat down. So, this is killing her at the moment. She’s just eager to get well again.”