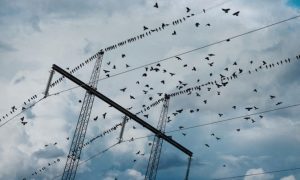 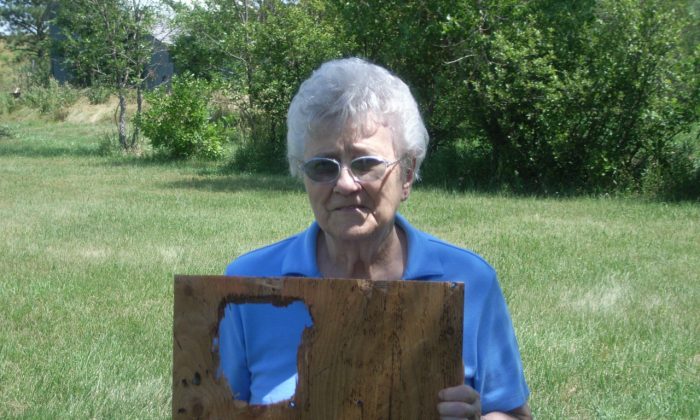 A resident of Vivian, SD displays a section of roof that was damaged by the hailstorm on July 23, 2010. (Courtesy of NOAA)
Environment

With Spring Comes Sunshine, Flowers and Billions in Insurance Risks

Spring is the season of showers and flowers and the welcome return of warm weather. It’s also the season of one of the biggest weather hazards in terms of property damage and insurance claims—hail.

Although rarely deadly, hail causes an enormous amount of property damage, particularly to homes and cars. In 2014, State Farm insurance company alone received hail claims worth $2.4 billion. That doesn’t include crop damage, which costs roughly $1 billion a year in losses, according to the National Oceanic and Atmospheric Administration (NOAA). In fact, after tornadoes, hail causes the most damage to crops and property of any weather event.

In 2014, the states hardest hit by hailstorms, literally, were Nebraska, Texas, Kansas, Iowa, and Missouri. In terms of property damage, State Farm claims were highest in Texas, Illinois, Colorado, Missouri, and Nebraska, respectively.

The largest single hailstone ever recorded by NOAA had an 8-inch diameter, slightly smaller than a volleyball, even after melting, and weighed nearly 2 pounds. It fell on July 23, 2010, in Vivian, SD, a tiny rural community of less than 200 people, 160 miles east of Rapid City.

But hail doesn’t have to be large to cause serious damage. Even pea-sized stones, measuring a quarter inch in diameter, can destroy fields of grain and vegetable gardens. Meanwhile tennis ball sized rocks can pelt from the sky at speeds faster than 100 miles per hour, destroying cars, battering rooftops, and smashing through windows.

Hail forms in thunderhead clouds when temperatures are below freezing. When strong updraft winds in the thunderhead blow precipitation up to the top of the cloud it freezes and turns to hail. When it falls back through the cloud, it picks up more moisture and grows. As long as the wind is strong enough, the rising and falling pattern continues, called convection, and the hailstone keeps growing. Eventually, the stone is too heavy for the wind to carry and it falls through to the ground.

The National Storm Damage Center, an online resource for home and business owners, warns that it may be hard to detect roof damage from hail which can affect shingles, roofing materials, skylights, and siding. But if left un-repaired, it can cause more damage such as leaking into the roof and walls.