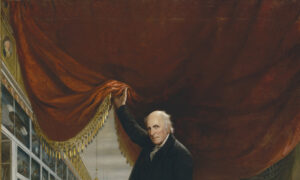 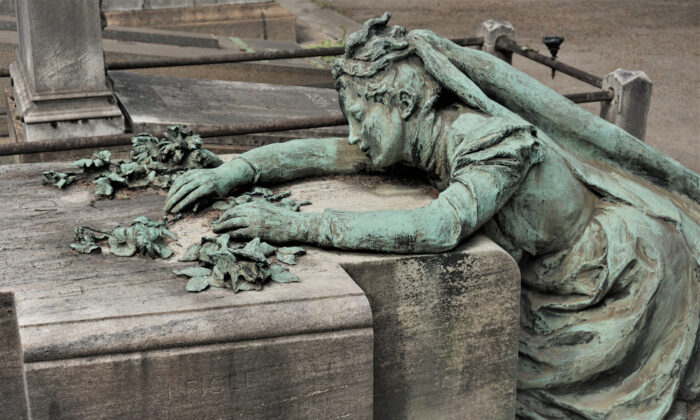 ‘With Rue My Heart Is Laden’: The Poetry of A.E. Housman

When I left graduate school long ago without earning my doctorate, one of my first thoughts was “Now I’ll be able to read whatever I want.”

And I set out to do just that. Throughout my 20s, in my pre-children days, I followed my heart and desire in pursuit of literature. For hours every day, books were my companions, ranging from the works of novelists as diverse as Dostoevsky, John Gardner, and Raymond Chandler to William Manchester’s biographies and Shelby Foote’s “The Civil War.”

Some of these writers took up permanent residence in my ramshackle mansion of literature. Often I’d return to their novels, essays, and histories, picking up “The Great Gatsby” or Ray Bradbury’s short stories and read at random to listen to their prose rhythms like some jazz aficionado replaying his Louis Armstrong recordings for the 100th time. For 15 years or more, I also taught some of these same works to students, and so had the double delight of revisiting favorite writers while passing on their work to another generation.

Poets also made themselves at home in my manor house of language. T.S. Eliot sat down for tea and biscuits, Emily Dickinson preferred the solitary life in a room upstairs, Dylan Thomas and friends caroused in the kitchen.

And then there was A.E. Housman.

In my imaginary mansion, Alfred Edward Housman (1859–1936) comes to the banquet hall for supper, sits alone at a table, offers curt replies if asked a question, returns to his isolated room on the top floor, and locks the door. He then spends his evenings reading Latin and Greek, writing essays for academic journals—he had been one of the great classicists of his day—and if the mood strikes him, composes a poem.

The editors of the textbook “Prentice Hall Literature: The English Tradition”—my teacher’s edition has 1,462 pages, weighs 7 pounds and 4 ounces, and might serve in a pinch as a weapon or a dumbbell—describe Housman as “distant and humorless” and “sour and surly with people.” He kept his distance from his students and his colleagues at the universities where he taught classics, and “refused the many honors and awards he was offered, including the Royal Order of Merit.” His rooms at Trinity College “were as grim as the man. The only decoration was a large tortoise shell; there was not even a comfortable chair.”

Of all the poets I’ve ever read, surely Housman lived one of the most isolated and in many ways, saddest of lives.

Yet my admiration for his verse abides.

In 1896, Housman published his first collection of poems, “A Shropshire Lad.” The book eventually became a bestseller and was followed more than 25 years later by “Last Poems,” which also became wildly popular. Following Housman’s death, his brother published his last book, “More Poems.”

Housman’s poetry has appealed to generations of readers for several reasons. Under the influence of some of the ancient authors he loved, he wrote simply and clearly of whatever subject he addressed. Here is poetry that no reader must work to untangle. Moreover, his themes—his observations on what it means to be young, the swift passage of time, the unhappiness hiding behind triumph and joy, the strength and bravery needed to face up to the adversities of life—all of these captured his Victorian audience and continue to draw admirers today.

Housman’s “With Rue My Heart Is Laden” contains several of these ingredients:

With rue my heart is laden
For golden friends I had,
For many a rose-lipped maiden
And many a lightfoot lad.

By brooks too broad for leaping
The lightfoot boys are laid;
The rose-lipped girls are sleeping
In fields where roses fade.

Most of the poems in “A Shropshire Lad” have to do with youth, especially boys and young men, a subject seemingly unsuited to a university don known for his stiff personality. “Prentice Hall Literature” speculates that Housman suffered a broken heart in his youth that colored his verse with its dark pessimism.

A fan of Housman’s verse in his own young days—“When I was about seventeen, I probably knew the whole of ‘A Shropshire Lad’ by heart”—George Orwell later criticized Housman’s verse for “its adolescent themes” and “a conviction that life is short and the gods are against you, which exactly fitted the prevailing mood of the young.”

Doubtless some of this criticism, echoed by others as well, is valid, yet many of the poems still strike me even at my advanced age as shrewd in observation and commentary.

In “When I Was One-And-Twenty,” the narrator speaks of a wise man telling him not to give his heart away, “But I was one-and-twenty/No use to talk to me.”

In the second verse, the narrator then tells us:

When I was one-and-twenty
I heard him say again,
“The heart out of the bosom
Was never given in vain:
‘Tis paid with sighs aplenty
And sold for endless rue.”
And I am two-and-twenty,
And oh, ’tis true, ’tis true.

Though Housman often made death a theme in his verse—“To an Athlete Dying Young” remains one of his most memorable poems—he also advocates what the English once called “a stiff upper lip” in the face of tribulation. In “1887,” the first piece in “A Shropshire Lad,” he commemorates the 50th anniversary of Queen Victoria’s reign by invoking “God save the queen,” but with the understanding that the soldiers who fought and died for England were also its salvation: “The saviors come not home tonight; Themselves they could not save.”

In “Poem LX” from the same collection, we read:

Oh never fear, man, nought’s to dread;
Look not left nor right:
In all the endless road you tread
There’s nothing but the night.

A grim mood here, yes, but also a reminder to keep marching on the road.

Housman’s obsession with time often finds a voice in young narrators, but those of us nearer to the end of our lives can certainly find common ground here. In “Loveliest of Trees,” the first verse describes cherry trees in bloom. Then the narrator observes:

Now of my three score years and ten,
Twenty will not come again.
And take from seventy springs a score,
It only leaves me fifty more.

And since to look at things in bloom
Fifty springs are little room,
About the woodlands I will go
To see the cherry hung with snow.

Those of us who are approaching or who have reached our “three score years and ten” understand this need and urgency to appreciate the beauty around us, “to see the cherry hung with snow.”

There is a stark beauty to Housman’s poems, no wasted words, lines as spare as trees in winter.

But having reread some of his poems, my inclination is to reject the philosophy within them. His bleak take on life and even his stoicism now strike me as only half a picture of the human experience. Those deciduous trees mentioned above are bare and stark in January, but by May their branches glitter with new foliage. The reclusive and emotionally wounded Housman seems to have forgotten, or perhaps never experienced, the joy and wonder of being alive.

If my house of writers were real, at this point I would be tempted to head up to Mr. Housman’s room, knock on his door, and invite him to join the rest of us at the party downstairs, cajoling him with his own iambic tetrameter:

And since to have a little fun
Can bring great good to anyone,
Come down the stairs and raise a glass;
No brakes, my man—step on the gas!