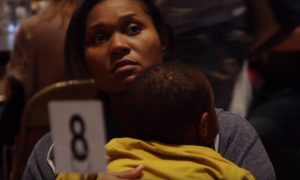 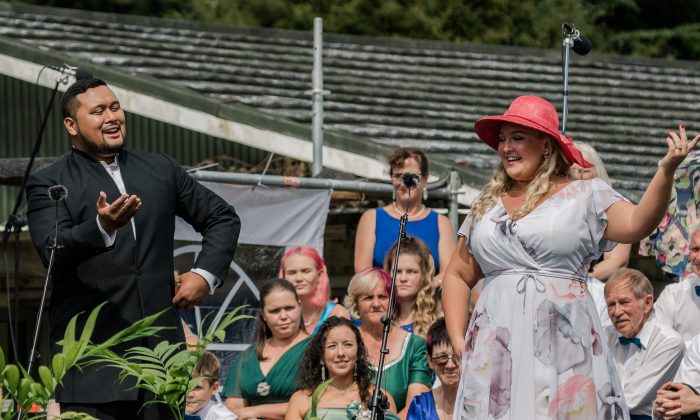 Husband and wife Joel and Maia Amosa perform a duet from "The Marriage of Figaro" on stage at Opera in the Garden, on March 9, 2019. (Tracey Morris Photography)
Performing Arts

With Love and Avocados: New Zealand Opera, the Kennaways’ Way

The musical legacy of Joan and Rick Kennaway
By Lorraine Ferrier

For the past 23 years, opera—and avocados—have thrived on Rick and Joan Kennaway’s “Operacado” orchard at Glenbervie, Whangarei, in the Northland region of New Zealand’s North Island. The Kennaways’ home is the venue for Opera North’s annual event, Opera in the Garden. The couple founded Opera North in 1996.

The Kennaways have had a huge impact on opera in New Zealand and especially in the Northland region, where they have been nurturing local talent for decades. In 2005, both were officially recognized for their community work when they were awarded a Queen’s Service Medal, a national honor.

Sadly, on Feb. 3, 2018, Joan passed away, just a month before the 2018 Opera in the Garden that she had been planning, right up until her death, was to open.

On April 4, 2020, Opera in the Garden will be held at Rick Kennaway’s home for one last time, before the event moves on to new pastures.

“I’ll be 83 this next year. I’ve decided that at some stage, one has to call it quits,” Rick Kennaway said in a phone interview.

A Life of Song

“Singing has always been a part of my life and Joan’s life,” he said.

Kennaway’s brother Lyle once won New Zealand’s national singing competition, the Mobil Song Quest, which is now known as the Lexus Song Quest. Joan was a finalist twice in the competition, and Rick was a semi-finalist once.

Kennaway met Joan in 1959 while singing in competitions in Auckland. There were two main competitors as far as “Joanie” was concerned: “She did just as well as Dame Kiri Te Kanawa and Dame Malvina Major in competitions,” Kennaway said. “It used to be one of the three of them that won most of the classes [divisions].”

All three studied under Dame Sister Mary Leo, the internationally renowned singing teacher from St. Mary’s College, Epsom, in Auckland. Leo invited Joan to become her student after Joan had won several singing contest divisions in an Auckland’s under-17s, that is, for those younger than 17.

Leo taught her own style of lessons, influenced by traditional schools such as García and Marchesi, aiming for the exquisite bel canto sound. Leo’s students dominated the New Zealand and Australia opera scene in the 1950s, ’60s, and ’70s.

“Joanie won two scholarships to stay in London as a singer. But she chose to marry me, a farmer, and passed up those scholarships, which was sad in some respects,” Kennaway said.

Joan believed it was the “right choice,” as she said in a 2017 interview with NZ on Air. She added that she “had the most amazing life” in New Zealand. The couple had two children together, and singing was a constant passion throughout the couple’s life.

The Kennaways had a sheep and beef cattle farm in the rural community of Maungaturoto before they moved farther north to Operacado, as they dubbed the place. But the farm work didn’t interrupt the Kennaways’ singing. “We have done a lot of singing around New Zealand,  which made it a lot easier for me as a farmer,” he said. Although he notes he’s perhaps not at the same level as Joan was.

“To sing—it’s like a bubble, and it just comes out. You want to sing, and you’ve got to sing. And it’s part of your being, part of your psyche,” she said in the interview.

The couple were involved with the Otamatea Repertory Theatre. “The Otamatea Repertory Theatre rehearsed in a builder’s shed prior to completing its own theater in 1983. The theater was called the Kennaway Auditorium in honor of our involvement in the building of the complex,” Kennaway said. “We did lots of very good shows while we were in Maungaturoto, and we used to bring the show up to Whangarei to perform too.”

“We did a light musical every year, and over the course of time … we probably did 20 to 25 musicals. For me, acting the part of Tevye in “Fiddler on the Roof” was my most memorable,” Kennaway said.

Growing Opera in the Garden

In 1996, the Kennaways decided to retire from sheep and beef cattle farming. Kennaway recalls when they viewed the Glenbervie property: “As soon as Joan saw the garden, she decided this was definitely the place that we needed to hold Opera in the Garden.” The layout of the property was ideal for the event. There was even an avocado orchard, “which suited me extremely well,” Kennaway said.

The Kennaways formed Opera in the Garden in 1997, just a year after they moved to Opercado.

“That first year, we were dubious about the numbers that we might encourage to be in it and then with the number of audience members it would attract,” Kennaway said.

They needn’t have worried. At the inaugural event, 500 audience members saw 18 singers perform on a stage made out of Huanui Orchard fruit bins.

Over the years, the performers and audiences have grown. “Each year we had a few more singers come along, and we eventually got to a stage where I had to say that 60 performers were as many as we could capacitate,” Kennaway said. Since they opened, the number of singers has tripled and the largest audience has been around 1,100—more than double the first performance. Kennaway puts the success down to teamwork: “It’s done in a very cheerful atmosphere. We’ve got some very talented people taking part in it.”

Joan taught many of the budding local performers, national and international talent, who took and continue to take part in Opera in the Garden. An example is the U.S.-based Hayden Tee, who hailed from Maungaturoto. “He’s been doing roles right round the world. He’s [performed] in a lot of the leading opera houses,” Kennaway said, adding that his performance as Javert in “Les Miserables” earned Tee recognition as an outstanding singer.

Baritone Kawiti Waetford is another of Joan’s students who have done particularly well overseas, Kennaway said. Waetford performed in this year’s event.

At each Opera in the Garden event, the first half consists of operatic songs and the second half is full of light musical songs. Aside from the opera, throughout the 2019 event, culture and tradition featured strongly. Joan was the musical director since the event’s inception. In 2019, Clare Henderson took on the role.

Husband and wife singers Joel and Maia Amosa were this year’s guest artists. Both had been taught by Joan. Joel won the 2018 Lexus Song Quest, and Maia was a finalist in the 2018 Dame Malvina Major Foundation NZ Aria competition.

Trumpeters opened the 2019 Opera in the Garden event with the “Triumphal March” from Giuseppe Verdi’s “Aida.” Then Joel and Maia Amosa sang arias from “The Marriage of Figaro” by Mozart. Two songs from Greig’s “Peer Gynt” were performed to honor Maia’s Finnish heritage. Then familiar arias filled the air from Donizetti’s “Lucia di Lammermoor” and Mozart’s “Don Giovanni,” and the sublime “Flower Duet” from Léo Delibes’s “Lakmé,” as well as Charles Gounod’s “Je Veux Vivre” from his version of “Romeo and Juliet.”

Kennaway said that the grand piano is usually the main instrument for the event, largely due to the lack of room onstage to accommodate a full orchestra. But this year, besides the trumpeters who opened the event, musicians from the C4-Strings quartet entertained the audience in the intermission.

George Frideric Handel’s “Prayer in the Night” opened the second half. The Opera North chorus and guests wore a rainbow’s worth of colorful Samoan outfits, reflecting Joel’s Samoan heritage. The singers sung family favorites from musicals such as “The Lion King” and “Oklahoma.” The soulful gospel song “Deep River” was also performed. Some song choices celebrated the different cultures of the main singers: Finnish, Samoan, and Maori.

There’s no doubt that Joan and Rick’s opera legacy lives on in New Zealand through the work of Opera North, Joan’s pupils, and the love the community has for the couple. Opera in New Zealand seems set to continue to thrive.

To find out more about Opera in the Garden, visit OperaNorth.co.nz