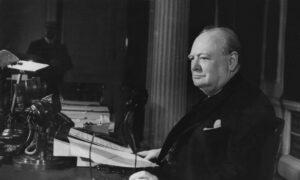 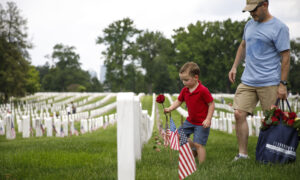 Remembering the Meaning of Memorial Day
0 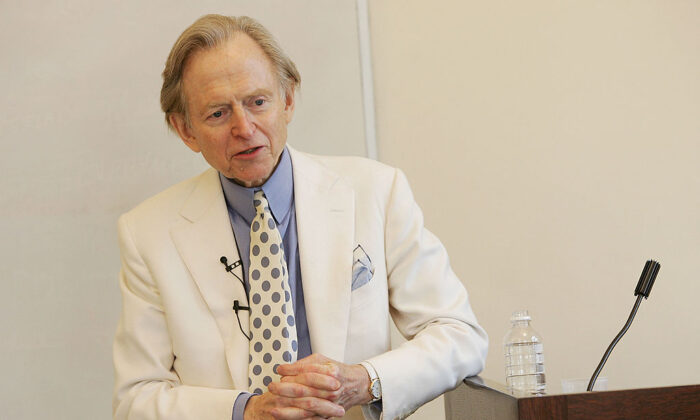 With Enough Courage: Writers in the Age of the Cybermob

“In a time of universal deceit, telling the truth is a revolutionary act.”

George Orwell, best known for his novels “Animal Farm” and “1984,” is often cited as the author of those words, but he may have never written or spoken them. Yet whatever their origin, they remain true.

We are living right now in a time of universal deceit, and telling the truth is becoming harder for writers, journalists, celebrities, sports figures, and the rest of us.

Over the years, I have often wondered how writers in dictatorships could express the lies of their masters and still look in the mirror the next day. For every Solzhenitsyn, for every Pasternak, for all those Russian poets executed or imprisoned for their political beliefs, scores of other Soviet writers produced novels, short stories, poems, and essays that echoed the party line and which are now long forgotten, regarded as the work of political hacks and propagandists.

At this moment in our own history, Americans are undergoing a censorship never before seen in their country. We don’t dispatch artists and writers with whom we disagree to concentration camps or put a bullet into the back of their heads. No—we simply declare them politically incorrect, sic the electronic mob on them, and cast them into obscurity and darkness. Some of them grovel and beg forgiveness, like political prisoners in China, North Korea, or other communist countries. Others simply retreat from the public square, never to be heard from again.

Our newsrooms are under assault by this same PC crowd. In just the past few weeks, an editor at The Philadelphia Inquirer, Stan Wischnowski, lost his job for printing a headline “Buildings Matter, Too,” which many of his staff saw as an insult to “Black Lives Matter.” Almost simultaneously, an editor at The New York Times, James Bennet, resigned after he published an editorial by Republican Senator Tom Cotton calling for military action against looters and rioters. His own staff attacked him, claiming they now felt “unsafe.”

We see these same “cancel culture” assaults on television. “Cops,” a show so popular that it has run for 30 years, is now gone, apparently a victim of the “police bad” mentality. Other shows about the police are under review. Some radicals are even calling for the cancellation of “Paw Patrol,” a cartoon beloved by the younger set, including some of my grandchildren.

Nor is our literary heritage safe from the PC marauders. Mark Twain’s “Huckleberry Finn” and Booth Tarkington’s “Penrod” for their depictions of African Americans, the “Little House” books for their portrait of American Indians, and other works from the past all have been criticized or bowdlerized for failing to meet our modern standards of political correctness.

There is even a new movement—“decolonizing your home library”—urging us to give up the classical writers we love—Shakespeare, Emily Dickinson, Hemingway—for non-Western writers from the Caribbean, Africa, and the Middle East. For over 40 years, we’ve seen in our universities and public schools the playing out of the chant “Hey Hey, Ho Ho, Western Civ has got to go.” Decolonizing your home library simply takes that demand one step further.

Given all these circumstances, can truth still find a home in our journalism and literature?

Would These 2 Guys Make the Cut?

Tom Wolfe was a brilliant satirist. In his essays and in novels like “The Bonfire of the Vanities,” he poked fun at liberal pretensions, the politics of race, and a culture caught up in causes and hysteria. Our situation in 2020 begs for a writer of equal talent and insight to lampoon the left—members of Congress kneeling in silence while wearing stoles of Kente cloths, whites washing the feet of blacks as atonement for their sins, the looting of black stores by those protesting the death of a black man, and much more. But would such a book, even one written by someone as brilliant at parody as Wolfe, find a publisher?

John Kennedy Toole posthumously won a Pulitzer Prize for “A Confederacy of Dunces,” which is set in New Orleans. One claim to fame for the novel is Toole’s use of dialect, including that of Louisiana blacks. Would a white man reproducing black speech, however brilliantly, be able to publish such a book today?

Censorship and Debate in Other Times

Many writers have lived and worked with censorship. Shakespeare wrote his plays in an age when royal authorities kept a close eye on the stage, alert to subversion of the crown and to the promotion of Catholicism, then outlawed in England. In the 19th century, cultural standards forbade mainstream writers from addressing too intimately the topic of sex or reproducing some of the obscenities now common in today’s literature.

One great difference between these earlier proscriptions and the atmosphere prevailing today is technology. Here’s an example: In 1967, William Styron’s “The Confessions of Nat Turner,” his story of an 1831 slave revolt in Virginia, was published, became a bestseller, and won the Pulitzer Prize. Styron’s use of a black man as his main character caused a major storm in the literary world, with some black writers accusing Styron of what we would today now call “cultural appropriation.” The novel even led to the publication of 1987’s “William Styron’s Nat Turner: Ten Black Writers Respond,” essays highly critical of the book.

Despite the controversy this Pulitzer Prize-winning novel roused, the exchanges during this debate were for the most part marked by civility. The slower technology of that time forced the participants in that debate to put their thoughts to paper and then find a newspaper or a publisher to bring those ideas to the public.

That is no longer the case.

In our digital world, an online mob can form quicker than you can say “cancel culture.” With words as their brickbats and obscenities as their torches, they hunt down their victims, savaging their reputations, forcing them to cancel their Twitter or Facebook accounts, shaming them into silence or abject apologies.

So what can we do? How can writers or, for that matter, any of us on social media battle back when pummeled by this mob?

We find one answer in Mark Twain’s “Huckleberry Finn.” Here, a Colonel Sherburn kills the town drunk, Boggs, for vilifying and threatening him. Twain casts Sherburn in an unsympathetic light, an arrogant man who shoots down Boggs as casually as he might swat a fly on a windowpane.

Yet when a mob comes to Sherburn’s house to lynch him, he steps onto the porch roof armed with a gun and mocks them, telling them that they lack the “grit” to attack him in broad daylight, that they were the sort who could kill a man only from behind or at night when wearing masks. The mob disperses, leaving Sherburn triumphant and untouched. This scene was unnecessary for plot development in “Huckleberry Finn,” but it may indicate Twain’s disdain for the lynch mobs common in his time.

Today’s cybermob uses the anonymity of the internet for their masks.

And those who face this mob, whether writers or journalists or anyone else, can either buckle and be ruined, or take a stand knowing that they may still be ruined.

In the movie “Gone With the Wind,” another recent victim of cancel culture, Rhett Butler says, “With enough courage, you can do without a reputation.”

Better the courage to stand on our feet than a reputation that keeps us on our knees.