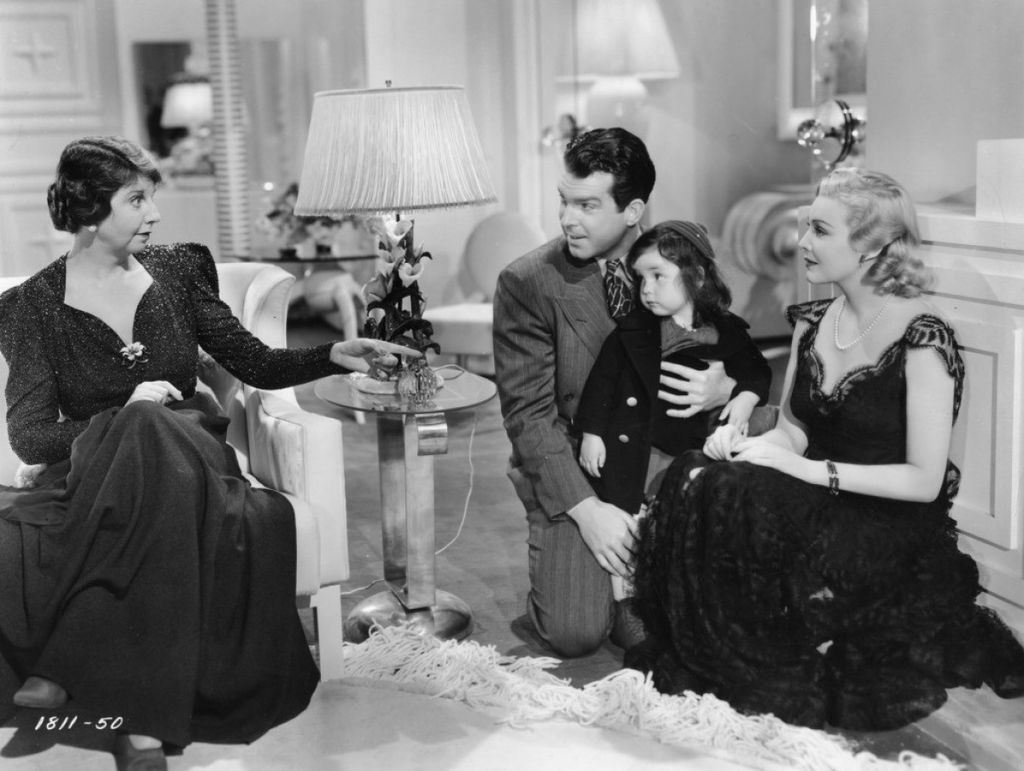 Wisdom From a Window Washer: 1939’s ‘Honeymoon in Bali’

For those who feel something is missing in their lives—especially successful businesswomen—I recommend the entertaining movie “Honeymoon in Bali,” a 1939 Paramount production starring Fred MacMurray, Madeleine Carroll, and Allan Jones.

Gail Allen (Carroll), a New York department store manager, believes her life is complete, with an efficient office, a lovely apartment, and a low-pressure beau, Eric Sinclair (Jones). In a restaurant one day, she has her fortune told: She will meet a handsome stranger from Bali, have a child, and return to Bali with the man.

She scoffs at the fortune, but her cousin Lorna “Smitty” Smith (Helen Broderick) hopes the prediction will come true. That same day, Gail meets Bill Burnett (MacMurray), an American visiting New York from Bali. Immediately attracted to each other, they begin going out, but Gail is frustrated by Bill’s old-fashioned ideas about women. She sees another side of him when she meets Rosie (Carolyn Lee), his little ward.

Audiences love animals in films, but even more lovable on the big screen is an adorable young child. Rosie’s entrance 36 minutes into the picture turns a good movie into a great one. From her chubby cheeks to her sweet voice, little Rosie is adorable in every way.

She is the daughter of Bill’s unseen widower friend. As Rosie’s father is nearing death, Bill must find the girl a home. He loves her dearly, but, as a bachelor, he doesn’t feel equipped to care for her alone. During a dinner at Gail’s apartment with Smitty, Bill, and Rosie, Smitty suggests that Gail care for the child. Gail turns down this idea.

Later in the film, Gail learns how right her cousin was, when she discovers how empty her life feels after Bill and Rosie have left it.

Child actress Lee turned 5 during this production, the first of five films she would make as a young girl. Her laughing, crying, and delivery of dialogue are all extremely convincing. There’s an engaging scene in which she has a “woman-to-woman” talk with Gail while trying on nightgowns. Even though she’s not yet school age, she’s such a little lady.

After Gail’s fortune is told at the beginning of the film, she heads back to work at the department store. While walking down the street, she abruptly changes directions, just as the fortune teller said she would. She impulsively walks into a store displaying a yacht. Carried away by a playful urge, she explores the yacht and pretends she’s sailing.

This scene shows a very different side to Gail, since before this she is very sensible and businesslike. While make-believing on the yacht, she meets Bill, the dark-haired man from her fortune. He tells her about his life in Bali, which, to her amazement, includes strange details from the prediction.

She later designs a window display for her store of a beach on Bali. Although she’s unwilling to admit it, she is greatly influenced by her one meeting with Bill.

Later, after Bill and Rosie leave New York, Gail returns to her life. It soon becomes clear that, while Eric is a kind and considerate man, it doesn’t change the fact that Gail doesn’t really love him. In fact, she succumbs to an illness, which lasts for weeks. Doctors are unable to explain why she is sick, yet her problem isn’t a physical one. She is heartbroken and empty inside because she had finally found the things that were missing in her life.

Because Gail held so firmly to her idea of independence, it took an illness for her to see her situation clearly. The idea that she doesn’t quite see everything as clearly as she might starts at the film’s opening scene.

“Honeymoon in Bali” doesn’t begin on a tropical island on a sunny day, as the name suggests. It begins on a rainy afternoon in New York City. We see Tony (Akim Tamiroff), a middle-aged window washer, performing his monthly job on a drippy ledge outside Gail’s office.

When the beautiful female executive comes in, she goes about her usual business, straightening her stockings, looking at prospective coats for the store, inspecting her shoe, and fixing her lipstick. She doesn’t realize that the window washer is admiring her from outside, only using his squeegee to keep the rain from obstructing the view.

She eventually sees the curious observer in her compact mirror and invites him in, ending this hilarious opening sequence sans dialogue.

After dissuading him from washing windows in the rain, Gail wants Tony to leave. However, the window washer won’t go without telling her that he thinks she has chosen the wrong coat. At first, Tony seems like a very simple man of common taste. However, his reasons behind his fashion advice and other opinions are grounded in a very solid background: 20 years of looking in windows.

This sequence initially seems like just a funny opening, but Tony later plays a very important role in the story. Gail is an intelligent woman who is good at what she does and has made a success of her career. However, she feels unfulfilled without the love of a husband and a child in her life. Tony, with his wisdom and life experience, opens Gail’s eyes to her own situation and keeps her from making a mistake that would have ruined the rest of her life.

Sometimes, it takes an outsider looking in to see the truth about a person’s life.

Watching this film is a delightful way to spend an hour and 39 minutes: It offers its viewers laughs, smiles, and wholesome American values.

“Honeymoon in Bali” is available to stream for free on Amazon Prime Video as “My Love for Yours.”