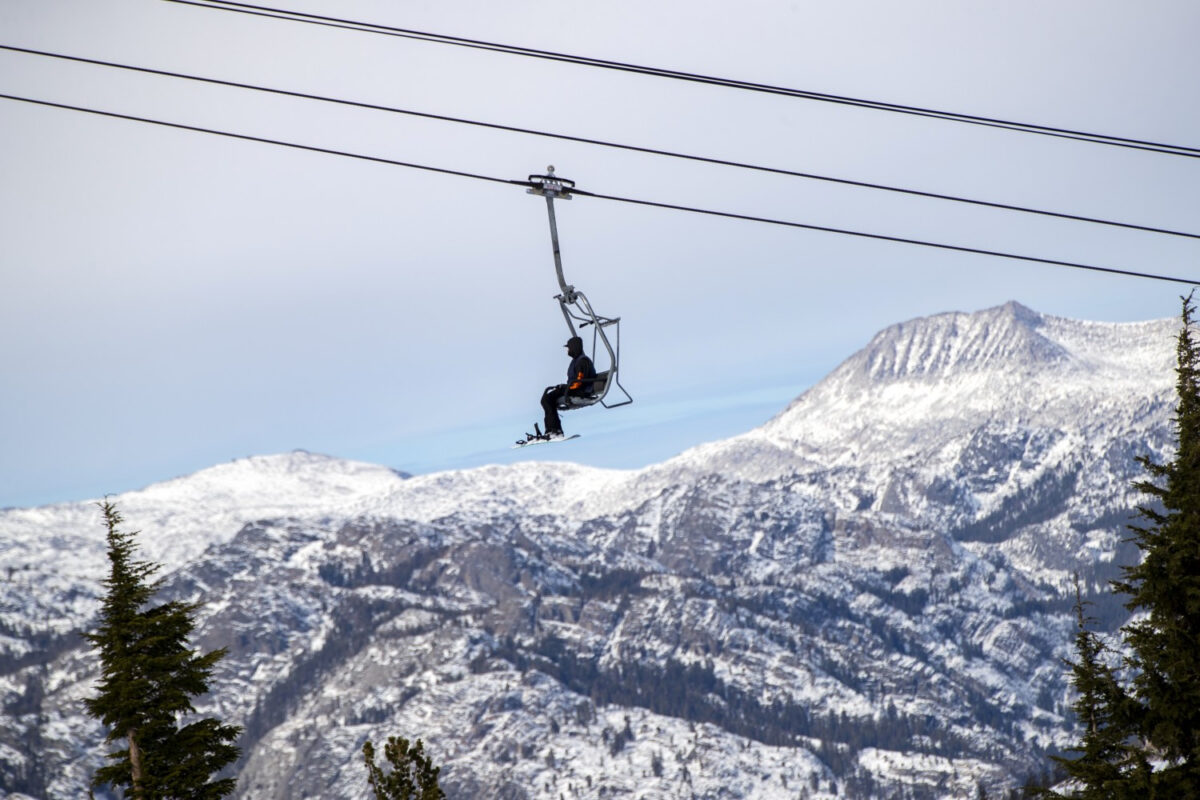 A solo snowboarder rides a chair lift wearing his face coverings over the winter scenery at Mammoth Mountain on Nov. 20, 2020, in Mammoth Lakes, California. The resort's season has been extended due to a recent hearty snowfall. (Gina Ferazzi/Los Angeles Times/TNS)
Travel

A series of late snowstorms has extended the ski and snowboard season at Mammoth Mountain, pushing the closure date into the month of June, but weather forecasts show that the region will be in for a major warm-up in the next few weeks.

At least 3 feet of snow fell on the Eastern Sierra resort in April and May. There is now no official closure date for the resort, providing the conditions remain ideal for the snow to stay on the ground.

“Let’s keep this party going! We’re having too much fun out on the snow and decided to extend the season into June,” Mammoth Mountain said Monday on Facebook. “We will be open daily for skiing and riding until at least June 5th.”

In October, Mammoth Mountain kicked off its season a few weeks early thanks to an unusually robust storm system that dumped a blanket of snow on the resort.

The mid-May conditions there have earned the approval of the U.S. Ski and Snowboard Team, which was on the mountain for its spring training camp. For years, Mammoth has been known for developing world-class athletes who have gone on to compete in the Winter Olympics.

Anyone looking to enjoy the snow should act fast, because temperatures are forecast to rise in the next few weeks, according to the National Weather Service in Reno.

The snow on the ground is thanks in part to robust but unbalanced winter precipitation that passed through the region. In October, the wet season got off to a strong start as heavy rainfall drenched the West, and the rain and snow continued through the end of the year. Then everything went completely dry for the next three months.

“It’s been a tale of two winters,” said meteorologist Scott McGuire of the weather service’s Reno office. “A drought for three months and a very active beginning and an active spring.”

Rain and snowfall in the higher elevations picked up again in April and May, which is why Mammoth Mountain is able to enjoy an extended ski and snowboard season. A pair of cold systems that passed through the region in May helped bring down temperatures and keep the snow on the ground, McGuire said.