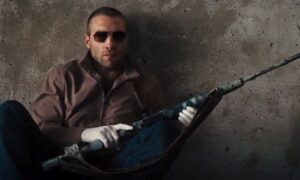 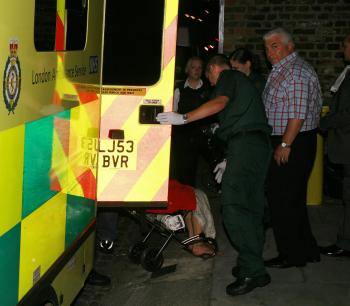 Amy Winehouse is escorted out of home in a wheelchair by paramedics after a 999 call made by her father, Mitch Winehouse. (ISOIMAGES.COM)
Arts & Culture

Winehouse Released From Hospital After Adverse Reaction to Medication

By Andy Thomas and Si Gross
biggersmaller
Print
LONDON—Six-time Grammy Award Winner Amy Winehouse was admitted to University College Hospital in Euston, London yesterday after having what her publicist described as a reaction to medication.

She was rolled out of her house in a wheelchair with an oxygen mask 9:20 p.m. Monday night.

Later this morning she was released and left out the back entrance of the hospital.

Winehouse has had a long list of controversy of late.

Her repeated drug problems and addictions, and dramatic escapades, have cast a dark shadow upon her music career.

Most recently she was diagnosed with emphysema, from what her father claimed was the result of chain-smoking and crack-cocaine use.