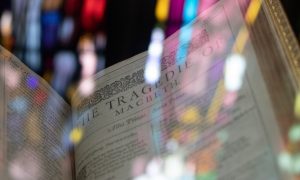 How Well You Know Shakespeare!
0 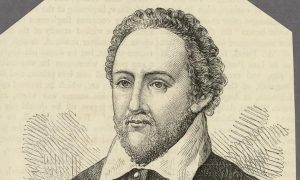 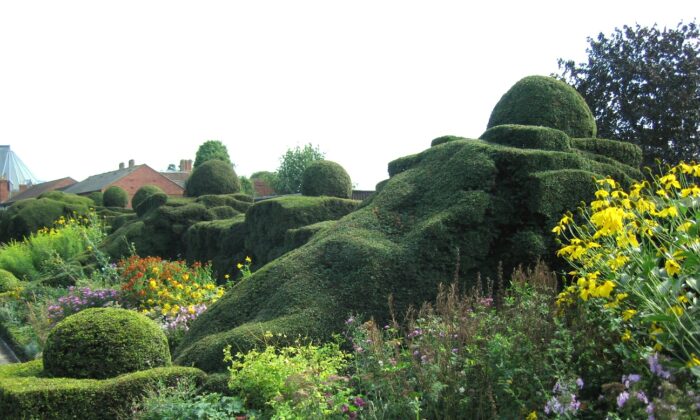 William Shakespeare: Archaeology Is Revealing New Clues About the Bard’s Life (and Death)

William Shakespeare is widely regarded as one of the greatest authors of all time and one of the most important and influential people who has ever lived. His written works (plays, sonnets, and poems) have been translated into more than 100 languages, and these are performed around the world.

There is also an enduring desire to learn more about the man himself. Countless books and articles have been written about Shakespeare’s life. These have been based primarily on the scholarly analysis of his works and the official record associated with him and his family. Shakespeare’s popularity and legacy endures, despite uncertainties in his life story and debate surrounding his authorship and identity.

The life and times of William Shakespeare and his family have also recently been informed by cutting-edge archaeological methods and interdisciplinary technologies at both New Place (his long-since demolished family home) and his burial place at Holy Trinity Church, Stratford-upon-Avon. The evidence gathered from these investigations by the Center of Archaeology at Staffordshire University provides new insights into his interests, attitudes, and motivations—and those of his family—and shows how archaeology can provide further tangible evidence. These complement traditional Shakespearean research methods that have been limited to sparse documentary evidence and the study of his works.

Archaeology has the ability to provide a direct connection to individuals through the places and objects associated with them. Past excavations of the Shakespearean-era theaters in London have provided evidence of the places he worked and spent much of his time.

Attributing objects to Shakespeare is difficult. We have his written work of course, his portrait(s), and memorial bust—but all of his known possessions, like those mentioned in his will, no longer exist. A single gold signet ring, inscribed with the initials W.S., is thought by some to be the most significant object owned and used by the poet, despite its questionable provenance.

Shakespeare’s greatest and most expensive possession was his house, New Place. Evidence obtained through recent archaeological investigations of its foundations gives us quantifiable insights into Shakespeare’s thought processes, personal life, and business success.

The building itself was lost in the 18th century, but the site and its remains were preserved beneath a garden. Erected in the center of Stratford-upon-Avon more than a century prior to Shakespeare’s purchase in 1597, from its inception, it was architecturally striking. One of the largest domestic residences in Stratford, it was the only courtyard-style, open-hall house in the town.

This type of house typified the merchant and elite classes; and in purchasing and renovating it to his own vision, Shakespeare inherited the traditions of his ancestors while embracing the latest fashions. The building materials used, its primary structure, and later redevelopment can all be used as evidence of the deliberate and carefully considered choices made by him and his family.

Shakespeare focused on the outward appearance of the house, installing a long gallery and other fashionable architectural embellishments as was expected of a well-to-do, aspiring gentleman of the time. Many other medieval features were retained, and the hall was likely retained as the showpiece of his home, a place to announce his prosperity and his rise in status.

It provided a place for him and his immediate and extended family to live, work, and entertain. But it was also a place that held local significance and symbolic associations. Intriguingly, its appearance also resembled the courtyard inn theaters of London and elsewhere with which Shakespeare was so familiar, presenting the opportunity to host private performances.

In Search of the Bard

Extensive evidence of the personal possessions, diet, and leisure activities of Shakespeare, his family, and the inhabitants of New Place were recovered during the archaeological investigations, revolutionizing what we understand about his day-to-day life.

An online exhibition, not yet available, will present 3D-scanned artifacts recovered at the site of New Place. These objects, some of which may have belonged to Shakespeare, have been chosen to characterize the chronological development and activities undertaken at the site.

Open access to these virtual objects will enable the dissemination of these important results and the potential for others to continue the research.

Archaeological evidence recovered from noninvasive investigations at Shakespeare’s burial place has also been used to provide further evidence of his personal and family belief. Multi-frequency Ground Penetrating Radar was used to investigate the Shakespeare family graves below the chancel of Holy Trinity Church.

A number of legends surrounded Shakespeare’s burial place. Among these were doubts over the presence of a grave, its contents, tales of grave robbing, and suggestions of a large family crypt. The work confirmed that individual shallow graves exist beneath the tombstones and that the various members of Shakespeare’s family were not buried in coffins but in simple shrouds. Analysis concluded that Shakespeare’s grave had been disturbed in the past and that it was likely that his skull had been removed, confirming recorded stories.

These family graves occupy a significant (and expensive) location in Holy Trinity Church. Despite this, the simple nature of Shakespeare’s grave, with no elite trappings or finery and no large family crypt, coupled with his belief that he should not be disturbed, confirm a simple regional practice based on pious religious observance and an affinity with his hometown.

There is still so much we don’t know about Shakespeare’s life, so it’s a safe bet that researchers will continue to investigate what evidence there is. Archaeological techniques can provide quantifiable information that isn’t available through traditional Shakespearean research. But just like other disciplines, interpretation—based on the evidence—will be key to unlocking the mysteries surrounding the life (and death) of the English language’s greatest writer.

William Mitchell is a lecturer in archaeology at Staffordshire University in the U.K. This article was first published on The Conversation.