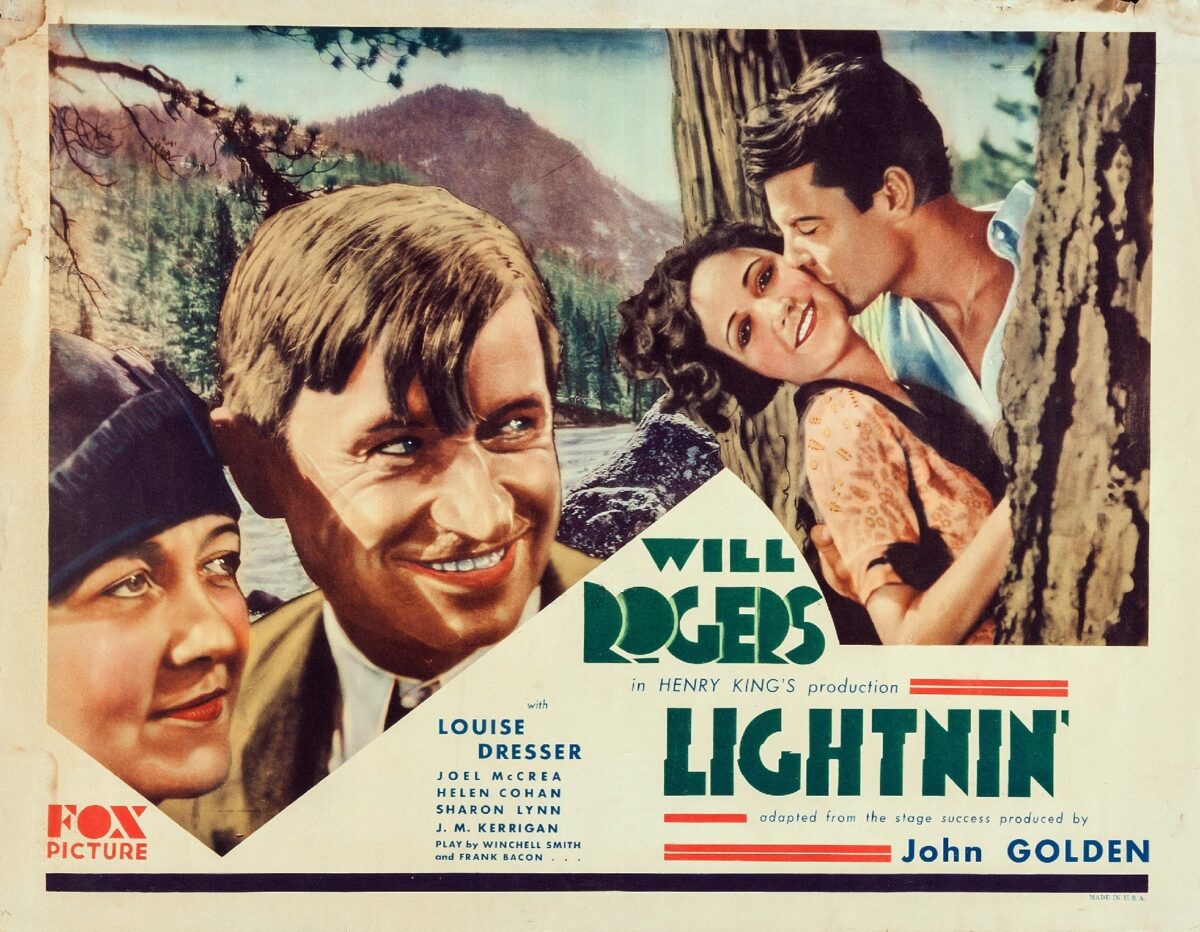 Will Rogers: Remembering the Charismatic ‘Cowboy Philosopher’ Comedian Who Won the Hearts of America

From Wild West shows to vaudeville to motion pictures, Will Rogers was known and loved across the America of the 1920s and ’30s
BY Debi DeSilver TIMEJuly 18, 2022 PRINT

There isn’t just one word that can describe famed American folk hero Will Rogers. Born on a ranch in Indian Territory in 1879, he became a cowboy, a ranch hand, a rodeo rider, a vaudeville performer, a film star, a columnist, an author, a public speaker, a humorist, a radio personality, and a social commentator. He was an early-20th-century sensation. Oklahoma’s favorite son became adored by the nation.

Rogers’s quips, quotes, and gems of wisdom live on today in the 21st century. “I never met a man I didn’t like.” “Well, all I know is what I read in the papers.” “Even if you’re on the right track, you’ll get run over if you just sit there.” “Don’t let yesterday use up too much of today.” “Worrying is like paying on a debt that may never come due.” “What the country needs is dirtier fingernails and cleaner minds.”

America’s cowboy philosopher was practically born in the saddle with a rope in his hand. William Penn Adair Rogers was the eighth child of Clement “Clem” Vann Rogers and Mary America (Schrimsher) Rogers, born in Cherokee Nation, Indian Territory, which became Oklahoma after the 46th state was admitted to the Union in 1907. He was born on a ranch 2 miles east of Oologah; however, he claimed the nearby town of Claremore as his birthplace “because nobody but an Indian can pronounce Oologah,” Rogers once said. “My father was one-eighth Cherokee Indian and my mother was a quarter-blood Cherokee. I never got far enough in arithmetic to figure out how much ‘Injun’ that made me, but there’s nothing of which I am more proud than my Cherokee blood.”

His father, Clem, became one of the wealthiest ranchers in Indian Territory, and Rogers began riding horses at a young age with the ranch hands and one of his older brothers. A pillow was tucked behind the saddle horn to keep him in place. Before the age of 7, when he was sent to the Cherokee Nation school called Drumgoole, Rogers sought his education with a cowboy on the Dog Iron Ranch who had a reputation for being the best roper in the district. Rogers was fascinated by the lariat and learned the art of accurately spinning loops with style. It was a skill that eventually landed him gigs with the Wild West shows and launched his entertainment career.

Oologah is a Cherokee word meaning “dark cloud,” which may have foreshadowed Rogers’s loss of his mother due to typhoid fever when he was a young boy, casting a shadow over the next several years of his life. “My own mother died when I was 10 years old. My folks have told me that what little humor I have comes from her,” Rogers told a radio audience in 1930. “I can’t remember her humor, but I can remember her love and her understanding of me.”

He was extremely close to his warm, loving mother and extremely distant with his father, who has been described by biographers as harsh, insensitive, and stern. In addition to the loss of his mother, three of Rogers’s older sisters who had helped care for him married, and his father spent long periods of time traveling on business. Although there were other families on the ranch with children, he was described as lonely and gloomy. Rogers wouldn’t apply himself to the many schools he was sent to through the next seven years and eventually was sent to a military school, which he ran away from to go work on a Texas cattle ranch. After a short time, he began to just drift throughout the Southwest and illegally rode trains as a vagabond, commonly known as a hobo. Rogers even went oversees to Argentina and then on to South Africa, where his show business career found its beginning with Texas Jack’s Wild West Circus.

“I was hired to do roping in the ring,” he said in a letter to his father, “but the man who rides the pitching horse is laid off and I have been riding the pitching horse ever since I have been with the show. He also has a lot of plays showing Western life. … I do all the roping and am called the ‘Cherokee Kid—The Man Who Can Lasso the Tail off a Blowfly’ on the program. I have learned to do quite a bit of fancy roping.” Rogers considered the nine months he spent with Texas Jack as one of the most important periods of his life. In another letter to his father, Rogers described Texas Jack as a “much finer shot than Buffalo Bill.”

After two years of working in Wild West shows in South Africa, Australia, and New Zealand, Rogers finally returned home. His father wanted his wayward son to finally settle down to business, but Rogers got word that Col. Zack Mulhall was putting on a Wild West show at the 1904 World’s Fair in St. Louis, and he took off again. His disappointed father told friends that any boy who wasted his time around Wild West circuses could never amount to anything. However, his show business mentor, Texas Jack, suggested to Rogers that his single roping act might be successful on the vaudeville stage.

His charm and humor and genuine portrayal of an average person is what caught the audience’s approval. “I’m just an old country boy in a big town trying to get along,” he once wrote. “I have been eating pretty regular and the reason I have is, I have stayed an old country boy.” From vaudeville he went on to the Ziegfeld Follies and then silent films and then to the “talkies,” where he eventually starred in over 70 features and shorts. In 1934, Rogers was voted the most popular actor in Hollywood. He wrote a popular syndicated newspaper column, “Will Rogers Says,” that millions of Americans read. He also authored books, magazine articles, and was featured on the radio. Rogers found success with every media avenue available. He was described as the voice of an average citizen.

“I suspect that Will’s modesty had its origin in a tremendous respect for his father and a knowledge that, at least in early manhood, he was a disappointment to his family,” wrote his wife, Betty (Blake) Rogers in a biography of her late husband.

His son, Will Rogers Jr., remembered his father setting a spiritual example and teaching moral lessons through examples rather than lectures. Prayer was a reality in their home. In a July 1957 article for Guideposts magazine, Rogers Jr. told of the time his father was sick. His mother, Betty, reminded the children of a time when all the children in the house were sick with diphtheria and “your father was down on his knees praying for all of you. Now let’s kneel and pray for him.”

Although Rogers’s mother wanted him to become a Methodist minister, the famed cowboy said he “slipped up and became an actor” and was thankful she never knew it. In their short, close time with each other, the two had often sung Methodist hymns together. Rogers’s father, the successful, domineering businessman that he was, often pointed out that there wasn’t much money to be made as a minister. Rogers was never a regular church member as an adult, but he insisted that his children attend Sunday school every week. When the family lived in Beverly Hills, California, Rogers pitched in and helped raise money to build a community church.

As for his own faith, Rogers once wrote, “I was raised predominantly a Methodist but I have traveled so much, mixed with so many people in all parts of the world, I don’t know just now what I am. I know I have never been a non believer.” He became tolerant of all faith traditions and religions.

Rogers died on August 15, 1935, at the age of 55, in an airplane crash in Point Barrow, Alaska, with famed Oklahoma aviator Wiley Post. Headlines screamed as the world came to a shocked standstill. “Traffic halted, movie theaters darkened, storekeepers locked up, housewives cried on their front steps. Congress came to a shocked standstill. The world grieved,” wrote author Joy Schaleben-Lewis in a 1990 article for the Chicago Tribune.

“What constitutes a life well spent, anyway?” Rogers once asked his readers. “Love and admiration from your fellow man is all that anyone can ask.” It was reported that over 100,000 mourners walked by his casket at an ecumenical funeral service.