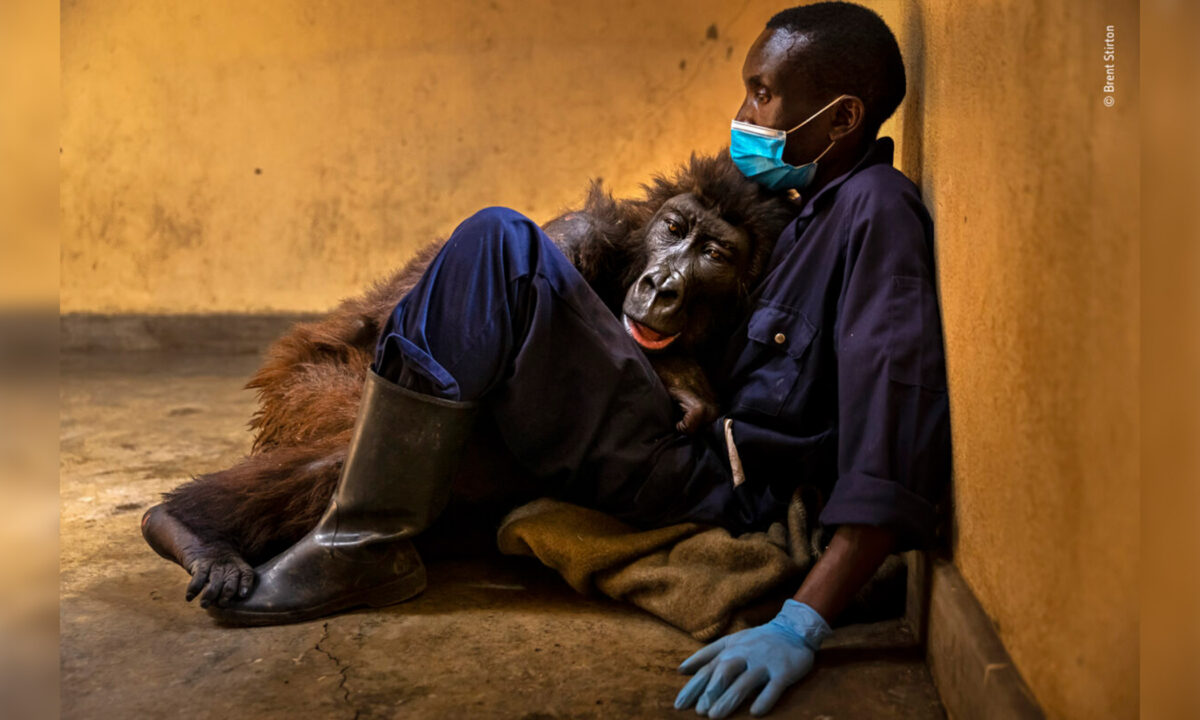 Wildlife Photographer of the Year 2022: Winning Photos of Once-in-a-Lifetime Moments

The just-released winning images of the Wildlife Photographer of the Year Awards 2022 are simply so extraordinary that it’s easy to overlook the effort required to get such shots. These genius photographers have truly made once-in-a-lifetime encounters appear so easy to capture.

“The Big Buzz” by Karine Aigner, US | Winner: Invertebrates

American photographer Karine Aigner won the Grand title prize for her photo of a buzzing ball of male cactus bees competing fiercely for a mate. While admiring that winning photo, one might never realize that snapping it necessitated laying down on the scorching sand of a South Texas ranch.

“The Beauty of Baleen” by Katanyou Wuttichaitanakorn, Thailand | Winner: 15-17 years

Beside Aigner’s close-up portrait of the mating ball was the photograph taken by a 16-year-old boy from Thailand. Katanyou Wuttichaitanakorn won the top prize for Young Wildlife Photographer of the Year 2022 for his creative image of the mouth of a Bryde’s whale.

With a curious, brush-like texture, the whale’s upper jaw is entirely covered in baleen, the feeding system made of keratin used by the whale to filter its prey. To capture this stunning image, the teen photographer had to steady his hands as the tour boat he was traveling on rocked in the swell. His efforts proved successful.

The emotional photograph shows the closing chapter of the story of a much-loved rescued mountain gorilla named Ndakasi.

Photographer Brent Stirton memorialized her passing as she lay in the arms of her rescuer and caregiver of 13 years, ranger Andre Bauma.

High up in the Andes, artistic Japanese photographer Junji Takasago fought back altitude sickness to achieve his exquisite image of a group of Chilean flamingos.

High in the Andes, Salar de Uyuni is the world’s largest salt pan. It is also one of Bolivia’s largest lithium mines, which threatens the future of these flamingos, according to Natural History Museum’s press release.

Photographer Tony Wu found himself stuck in a tiny, enclosed bay, the surrounding water filling with sperm and eggs from a giant sea star as he worked to snap the creature’s “electrifying” dance. It was a tight squeeze, but worth it, scooping Wu a top prize in the underwater category.

The galaxy-like scene shows the sea star’s “dancing posture” to help release eggs and sperm in the water.

He placed his remote camera on the mud of the reed bed and captured the moment when a passing peregrine falcon caused some of the dunlins to fly up.

Indian photographer Anand Nambiar captured the brilliant moment when a snow leopard was charging a herd of Himalayan ibex towards a steep edge. The photo was shot at the Kibber Wildlife Sanctuary, Himachal Pradesh, India.

Check more of the winning photos below:

“The Listening Bird” by Nick Kanakis, US | Winner: Behavior – Birds