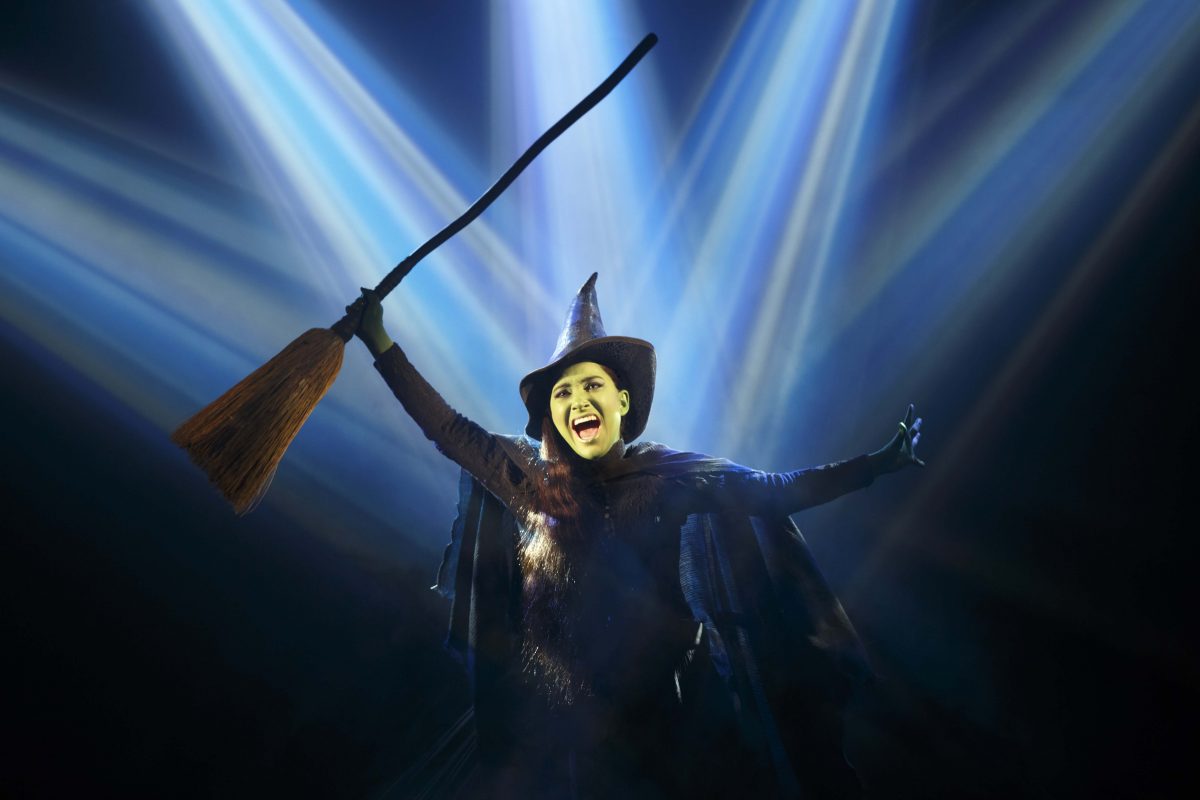 Laurel Harris as Elphaba, the Wicked Witch of the West in Mirvish's production of the musical "Wicked." (Joan Marcus 2014)
Arts & Culture

TORONTO—”Wicked” is a musical that makes you think. What is right? What is wrong? Who or what determines good and evil? This is the theme at the core of the musical.

Although it is advertised as “the untold story of the witches of Oz,” in reality, “Wicked” is more of a re-imagined take on the witches featured in L. Frank Baum’s 1900 novel “The Wonderful Wizard of Oz” and the subsequent 1939 Hollywood adaptation “The Wizard of Oz.”

The beloved settings of Munchkinland and the Emerald City are there, as are some of the well-known characters. “Wicked” is a revised story, but one that uses familiar characters and settings to entertain as well as inspire us to reflect upon ourselves and our society. Like most musicals, it speaks to both children and adults alike.

Based upon the novel by Gregory Maguire (who also penned “Confessions of an Ugly Stepsister” based on “Cinderella”), “Wicked” made its debut on Broadway in 2003 and has since enjoyed critical acclaim and commercial success with a long Broadway run as well as North American and international tours.

The story follows Elphaba, the future Wicked Witch of the West who is born with green skin, the product of an illicit affair between her mother and an up-to-no-good stranger. Upon the girl’s birth, her mother’s husband—the governor of Munchkinland, who is ignorant of his wife’s betrayal—is revolted by the girl’s skin colour. He almost sends her away, but then brings her up anyway, albeit pouring all his love on his younger daughter Nessarose.

Elphaba, or Elphie as she is called by her friends, is hot-tempered, strong-willed, and impulsive but has a desire to do good and be loved. When she enters university the headmistress Madam Morrible takes her under her wing after discovering she has magical powers. Indeed, this is no ordinary school, and while it’s not exactly Hogwarts, there are indeed magic classes and other supernatural phenomena.

It is here that Elphie meets Galinda, later known as Glinda the Good, an obnoxious, spoiled girl for whom fame and self-interest are at the top of the list. While Elphie is mocked for her green skin, Galinda revels in popularity.

Yet her teachers can see through her superficiality, and it is Elphie that Madam Morrible invites to meet the “Wonderful Wizard of Oz.” Elphie believes this will make her dreams come true, and she brings Galinda along to meet the great man (by now the girls have forged a friendship). Yet when the Wizard turns out to be less than the good and powerful man he is supposed to be, the two friends are forced to choose between their conscience and their place in society.

What evolves is a very interesting twist to the tale of Oz, one that explores the hypocrisy of society and authority.

The full-scale musical, which runs almost three hours with intermission, has a talented cast, entertaining and thought-provoking songs and dialogue, and sets that create an alternate space of magic and wonder.

Laurel Harris as Elphaba and Kara Lindsay as Glinda are wonderful in their roles, bringing spark, energy, and heart while taking audiences on a journey that is at once fantastic and real.

The supporting characters—Matt Shingledecker as Fiyero, the girls’ love interest; Michael DeVries as the goat professor Doctor Dillamond; Emily Behny as Elphie’s sister Nessarose; Kathy Fitzgerald as Madam Morrible; and Gene Weygandt as the Wizard of Oz—round up the cast nicely.

“Wicked” is no “Wizard of Oz” but it offers great entertainment and, despite featuring more suffering and darkness than the story that inspired it, like “Wizard” it has heart. The story serves as a reminder that goodness prevails, the wicked are punished, and in the end, true beauty lies inside one’s heart. It is certainly a musical worth seeing.

In Toronto, Mirvish has brought the show back for a third time, running until Nov. 2 at the Ed Mirvish Theatre.

For more information on Wicked in Toronto, visit: www.mirvish.com. For other cities, visit: www.wickedthemusical.com