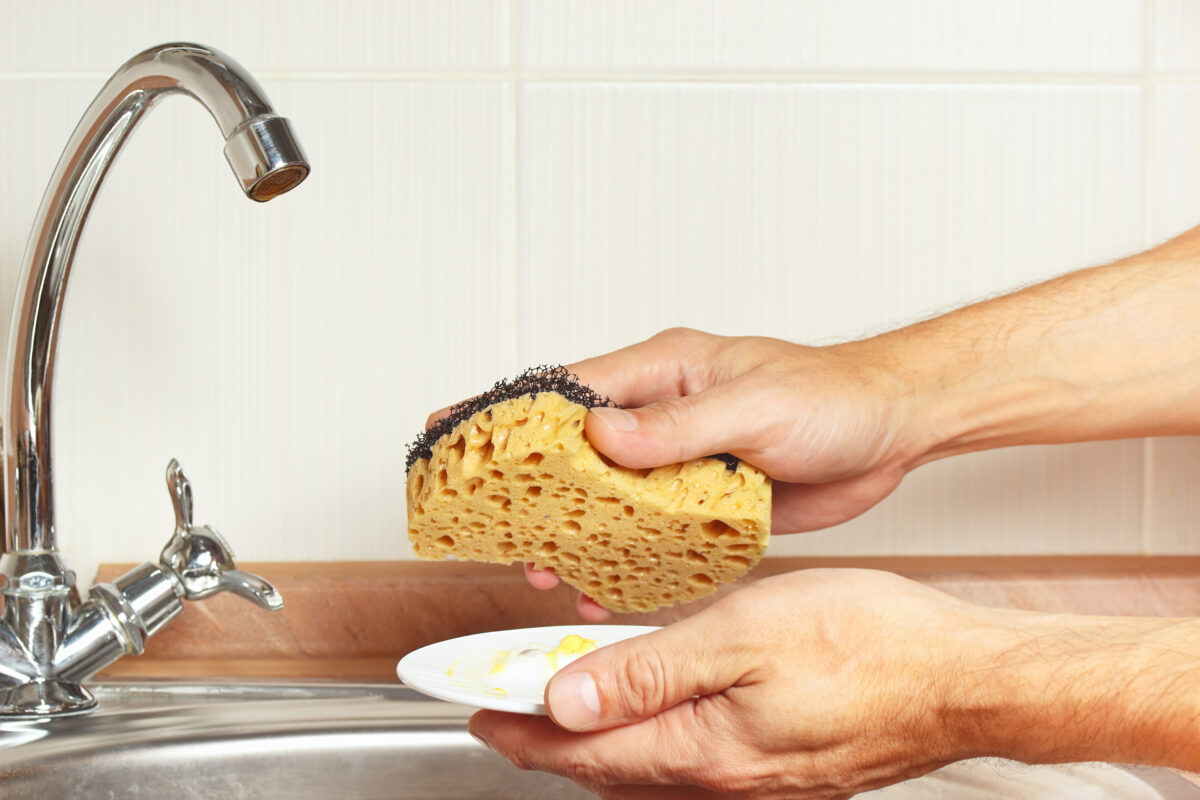 Why Your Kitchen Sponge Is so Gross

Your kitchen sponge is a better incubator for diverse bacterial communities than a laboratory Petri dish, researchers report.

It’s not just the trapped leftovers that make the cornucopia of microbes swarming around so happy and productive, it’s the structure of the sponge itself.

In a series of experiments, researchers show how various microbial species can affect one another’s population dynamics depending on factors of their structural environment such as complexity and size.

Some bacteria thrive in a diverse community while others prefer a solitary existence. And a physical environment that allows both kinds to live their best lives leads to the strongest levels of biodiversity. Soil provides this sort of optimal mixed-housing environment, and so does your kitchen sponge.

The findings of the new study suggest that structural environments should be taken into account by industries that use bacteria to accomplish tasks such as cleaning up pollution or producing commercial products, researchers say.

“Bacteria are just like people living through the pandemic—some find it difficult being isolated while others thrive,” says Lingchong You, professor of biomedical engineering at Duke University.

“We’ve demonstrated that in a complex community that has both positive and negative interactions between species, there is an intermediate amount of integration that will maximize its overall coexistence.”

Microbial communities mix in varying degrees throughout nature. Soil provides many nooks and crannies for different populations to grow without much interaction from their neighbors. The same can be said for individual droplets of water on the tops of leaves.

But when humans throw many bacterial species together into a structureless goop to produce commodities like alcohol, biofuel, and medications, it’s usually on a plate or even a big vat. In their experiments, You and colleagues show why these industrial efforts may be wise to begin taking a structural approach to their manufacturing efforts.

The researchers barcoded about 80 different strains of E. coli so that they could track their population growth. Then they mixed the bacteria in various combinations on laboratory growth plates with a wide variety of potential living spaces ranging from six large wells to 1,536 tiny wells.

The large wells approximated environments in which microbial species can mix freely, while the small wells mimicked spaces where species could keep to themselves.

“The small portioning really hurt the species that depend on interactions with other species to survive, while the large portioning eliminated the members that suffer from these interactions (the loners),” You says. “But the intermediate portioning allowed a maximum diversity of survivors in the microbial community.”

The results create a framework for researchers working with diverse bacterial communities to begin testing what structural environments might work best for their pursuits, You says. They also point toward why a kitchen sponge is such a useful habitat for microbes. It mimics the different degrees of separation found in healthy soil, providing different layers of separation combined with different sizes of communal spaces.

To prove this point, the researchers also ran their experiment with a strip of regular household sponge. The results showed that it’s an even better incubator of microbial diversity than any of the laboratory equipment they tested.

“As it turns out, a sponge is a very simple way to implement multilevel portioning to enhance the overall microbial community,” You says. “Maybe that’s why it’s a really dirty thing—the structure of a sponge just makes a perfect home for microbes.”

The results appear in Nature Chemical Biology. The National Institutes of Health, the National Science Foundation, the Office of Naval Research, and the Army Research Office funded the work. This article was originally published by Duke University. Republished via Futurity.org under Creative Commons License 4.0.