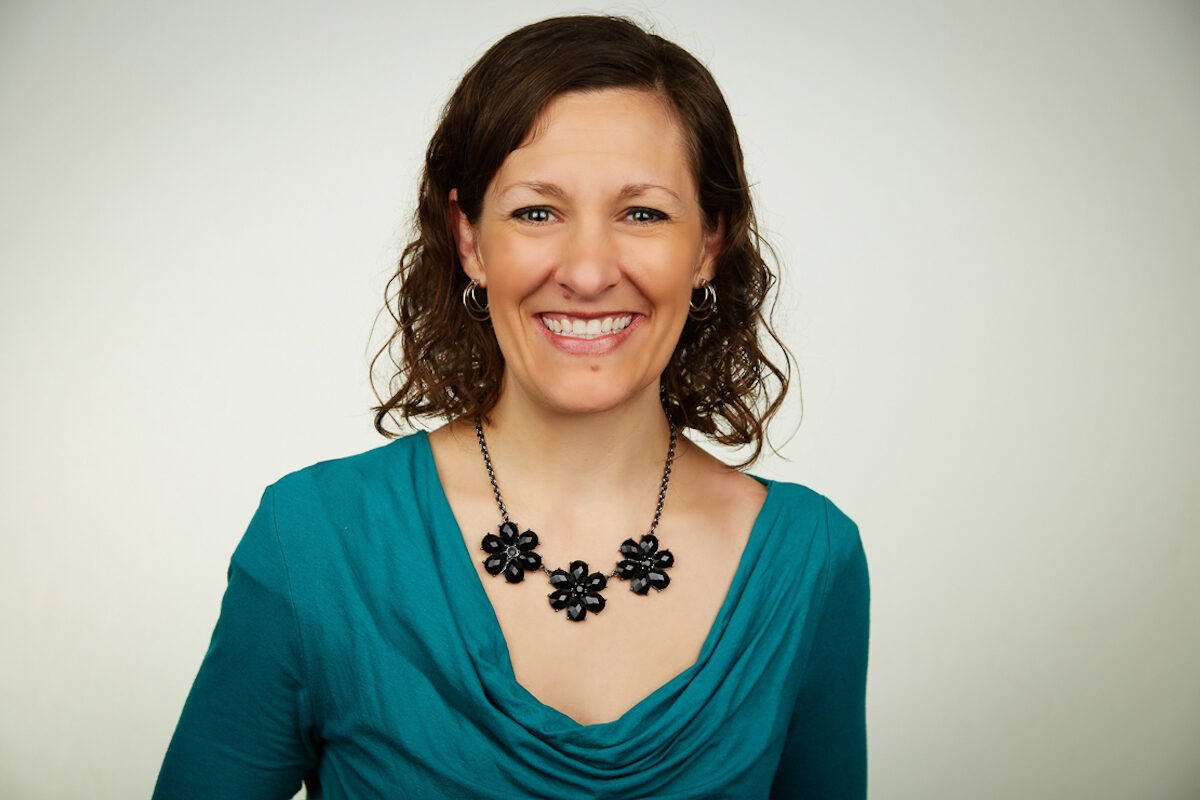 Katie Kimball is the founder of Kids Cook Real Food, and advocates for teaching children how to cook at an early age. (Courtesy of Katie Kimball)
Food

Why You Should Teach Your Kids to Cook

Katie Kimball is a mother on a mission to help parents teach their kids how to cook.

Based in Grand Rapids, Michigan, Kimball is a former teacher and the mother of four children ages 5, 8, 11, and 14. She’s the founder of Kids Cook Real Food, an online cooking class for kids, and the voice behind Kitchen Stewardship, a family-focused healthy food and cooking blog. Over 8,500 families have taken her course.

I had an opportunity to speak with Kimball about the importance of teaching young children how to cook, the obstacles parents face and how to overcome them, and how to get kids excited about getting in the kitchen in the first place.

The Epoch Times: Why is it important to teach cooking skills to children at an early age?

Katie Kimball: I started wanting to teach my kids because I thought they needed those life skills, and I needed help in the kitchen. I hit a point where I just couldn’t keep up anymore, and I felt like I was spending all my time in the kitchen feeding these children that I wasn’t seeing.

For any household responsibilities, if they’re learned younger, kids can make mistakes when the stakes aren’t high. They can make their mistakes and failures when their parents are there to help them through it, instead of when they’re young adults and maybe should be focusing on moving into a career and being successful in the world, instead of figuring out how to feed themselves.

Kids are really intrinsically motivated between the ages of zero and five to do everything their parents do. If we can start giving them a little bit of competence and responsibility and life skills at an early age, they’re intrinsically motivated, and we can keep that unbroken line of motivation going until they’re older.

What surprised me is the incredible additional personal benefits. I tell people now: any trait or quality you want to teach your kids, it can be done in the kitchen, from an attitude of service to others, to a sense of humor, to problem-solving creatively, to just creating things with your hands.

We had a 9-year-old who had created her own soup. She went out into their garden and picked all this weird food that didn’t seem like it would go together and made soup for her family, and it ended up being really good.

You can just see the confidence in their faces, and we’ve found that that confidence spills out into other areas of life. My daughter in fifth grade applied for her class officer position and talked about how she’s able to cook dinner for her family, and she was so proud of that.

The Epoch Times: How does the Kids Cook Real Food e-course work?

Ms. Kimball: It’s multimedia digital. We use videos because obviously kids need to see what’s going on in the kitchen.

We have three levels: beginner, which is our preschool kids; intermediate, which is basically once kids can read, so early elementary; and advanced, which is usually anyone who’s mastered those intermediate skills. All the videos have two kids of that age group demonstrating skills with me.

I worked really hard to logically connect over 30 basic skills. In order to read and follow a recipe well, you’ve got to know how to measure ingredients, you’ve got to know a couple different ways to stir and the fact that you need a uniform mixture.

I like to start with knife skills. I think if you’re going to eat a healthy diet, that includes a lot of cutting up whole foods in order to make them edible.

We get knives in the hands of 2-year-olds and 18-month-olds. I teach the same technique with a butter knife as with a chef’s knife. Part of that logical progression is that when you’re using a technique with a dull knife, but treating it like it’s a sharp knife, the child feels comfortable moving up to a sharp knife. The parents also feel comfortable and confident because they’ve seen that child do the exact same technique already, and learned to respect even the dull butter knife as they would a paring knife or a chef’s knife.

The goal is that when kids graduate, they can make any recipe they come across, because we’re teaching the skills, not just a recipe repertoire. We do have recipes included, but it’s very flexible so families with food allergies or sensitivities, or just kids who don’t like something in a recipe that we demonstrate, can practice the same skills using their own family’s favorite recipes.

The Epoch Times: What are some of the most common questions or concerns you get from parents, and how do you address them?

Ms. Kimball: “The kids are slow.” “The kids are messy.” “I don’t have time to invest in this because we’re so busy,” and “I don’t know how to cook myself. How in the world am I going to teach my kids?” Those are definitely the top four.

The slow and the messy, that’s just about educating yourself and getting over that psychological roadblock, realizing that cooking is a messy scene and it will be worth it in the end. Like any investment, there is a return. The beautiful thing is we hear over and over that after just the first class, or just the knife skills class, their kids are helping already.

The Epoch Times: What about the importance of safety and cleanup?

Ms. Kimball: Another objection that parents have is “Is this going to be safe? We’re talking knives and fire here, Katie.” But I do find that when kids learn safe skills, when they’re taught to respect things like sharp knives, then they’ll have that respect engrained in them for the rest of their lives. Start early.

The Epoch Times: How does that apply to kids’ lives outside of the kitchen?

Ms. Kimball: I think that probably does apply to other areas of life, because then kids can learn to respect crossing the road, or driving a car, or the responsibility of a cellphone, and also there’s a trust built up.

I think cleanup is an important piece of responsibility that comes back to building the chores as a whole in the household. In my house, all of our kids have after-dinner chores, and every couple of years, as they get older, the chores shift.

The Epoch Times: How do you get children excited about and interested in cooking?

Ms. Kimball: What we find is that just taking the first step is really important. A lot of the time what’s really motivating as a first step is making food for someone else. We hear stories a lot from our members about the kids who really want to make food for dad when he gets home. Or the savvy moms will do a first cooking lesson right before a potluck or party that they’re going to, and then when you go to that party, you can say to the other people, “Guess who made the potato salad, or the guacamole that we brought?” and the kids are getting this praise from other adults heaped on them. They feel amazing about that, and now they want to cook much more than maybe they did previously.

I actually like using social connections as leverage to help kids be excited about getting into the kitchen. When I taught my kids cooking skills, we spent a whole summer doing the curriculum, and I let them each invite a friend.

The Epoch Times: What have been some fun experiences teaching your kids how to cook?

Ms. Kimball: It’s always fun to see their faces when they serve their own food. That’s the best. When the kids feel really good about what they’ve made.