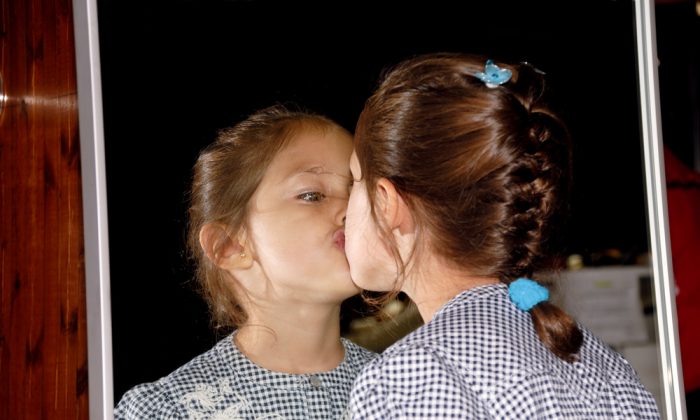 Research has found some children become narcissists because their parents teach them they are more special than other kids. (Shutterstock*)
Family

Why Some Children Think They’re More Special Than Everyone Else

Narcissistic children feel superior to others, believe they are entitled to privileges and crave admiration from others. When they don’t get the admiration they want, they may lash out aggressively.

Why do some children become narcissistic, whereas others develop more modest views of themselves? We have undertaken research into this question and we found socialisation plays a significant role.

I’m Special (and More Special Than Everyone Else)!

Narcissism is well known for the Narcissistic Personality Disorder, but narcissism itself is not a disorder; it is a normal personality trait that varies between individuals. It can be measured via self-report questions such as “I am a great example for other kids to follow” and “Kids like me deserve something extra”.

The Surprising Correlation Between Reality TV and Personality Traits

Why Do People Risk Their Lives–or the Lives of Others–for the Perfect Selfie?

Narcissism can be measured in children as young as seven years old — the age at which they can form global self-evaluations and readily compare themselves to others: “I’m special (and more special than everyone else)!”

The question that has occupied psychologists for more than a century now is: why do some children become narcissistic? What leads them to feel more special than everyone else?

Some psychologists argue that narcissism is fostered by lack of parental warmth. Children may put themselves on a pedestal in an attempt to fill the emotional void.

Other psychologists argue that narcissism is fostered by parental overvaluation: parents seeing their child as an “embryonic genius” or as “God’s gift to humanity”. Children may internalise these views to form inflated, narcissistic views of themselves.

My Child Is God’s Gift to Humanity

In new research published in Proceedings of the National Academy of Sciences, we put these perspectives to the test. In four six-monthly measurements, we tracked parents’ overvaluation and warmth levels and children’s narcissism and self-esteem levels.

Contrary to common belief, narcissists don’t always have high self-esteem. Although they believe they are better than others, they aren’t necessarily satisfied with who they are.

We found that narcissism and self-esteem have remarkably distinct origins. When children were overvalued by their parents, they developed higher levels of narcissism. Being overvalued, although seemingly benign, may convey to children that they are superior individuals who are entitled to privileges.

But when children felt warmth and affection from their parents, they developed higher levels of self-esteem: a healthy feeling of being satisfied with oneself without seeing oneself as superior.

The findings weren’t just due to overvaluing parents being narcissistic themselves. Regardless of parents’ own narcissism levels, how much they overvalued their child predicted the child’s narcissism levels six months later.

Socialisation isn’t the sole origin of narcissism: narcissism is moderately to largely heritable. But our findings suggest that, above and beyond its heritable basis, narcissism can be shaped by socialisation experiences. This finding may pave the way for interventions to curtail narcissism at an early age.

Since the 1980s, when the self-esteem movement emerged, we as a society have become increasingly concerned with raising children’s self-esteem. That’s a good thing. A good dose of self-esteem protects children against anxiety and depression, for example.

But in our attempts to raise self-esteem, we often inadvertently rely on overvaluing practices: lavishing children with praise and telling them that they are extraordinary individuals. Our research suggests a more effective approach: simply showing warmth and affection to your kids, but not telling them they’re better or more deserving than all their classmates.

*Image of a girl via Shutterstock