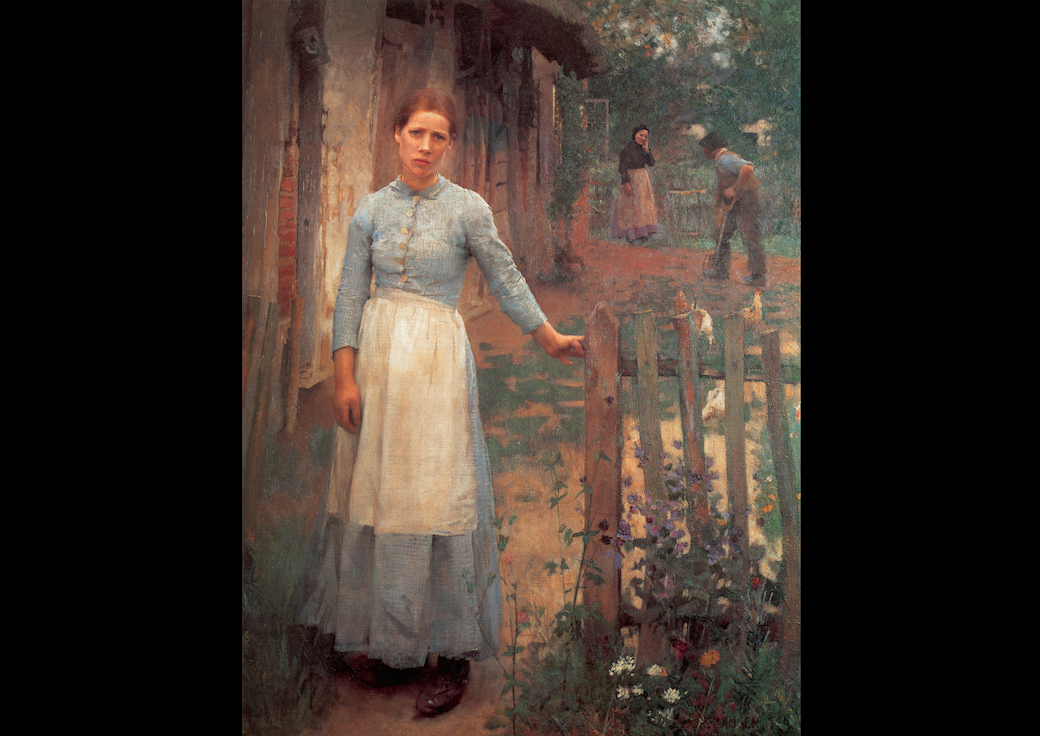 Why Realism? Part 7: Understanding What Is ‘Relevant’

The artists and the writers of the 19th century identified, codified, protected, and perpetuated the great humanist values and momentous Age-of-Reason discoveries of the 18th century Enlightenment. The writers from that era, such as Honoré de Balzac, Victor Hugo, Mark Twain, and Charles Dickens, have been widely praised and celebrated, while the artists of the same period, communicating most of the same concepts and values—in stark contrast—have been mercilessly ridiculed and slandered.

And for this, the payback, at least for the artists, has been to dismiss their work, denigrate their methods, lie about the meaning of their subjects, and berate their achievements. Why? Because they didn’t lead the way to splattered paint, blank canvases, or industrial-size Campbell’s soup cans? Therefore, they were called “irrelevant”?

And here we have a keystone concept of the modernists. These 19th century artists, who we love, are not considered “relevant.” (And if they are not relevant, certainly modern realists are even less relevant by such standards.)

Only works and techniques that shed all the former definitions and parameters of fine art were to be considered “relevant.” Only those artists who led the way to abstract expressionism were worthy to be called “relevant.” Nothing could have been further from the truth!

In light of what I have just explained, the purpose of art is to communicate. It is successful if it explores the most profound aspects of the human experience and accomplishes it with poetry, beauty, and grace. If it is unskilled, awkward, and self-conscious, it fails and is unsuccessful.

Relevance must be understood on many levels, and perhaps one of the most essential elements to understand the art of any era is to see it in its historical context.

Understanding the 19th century will then show us how it relates to our world today. In order to understand the relevance of William Bouguereau and other masters of the 19th century, it is essential to place them in their own time. And what was happening in history during their time was nothing short of momentous. I am speaking about some of the most significant events in all of human history.

The academic artists of the 19th century were not only “relevant” to the times, and relevant to the major thread of art history, but they also were relevant to the evolution of art itself, as these artists were working at what will certainly be considered the most important crossroads in human history.

Art history has generally been accurate in its description of fine art from the early Renaissance until about 1840. For the most part, art historians have given the great and near-great their due or at least reasonable notice. That was true until we get to the mid-19th century.

From roughly 1848 onward, all of the normal criteria for judging, describing, and chronicling the history of art were tossed out the window by 20th century educators. Almost all the art text books that have been used since the middle of the 20th century have rewritten the history of the 19th century to fit the needs and prejudices of the “modernist” art world, which sees all of art history through a “deconstructionist” lens that defines as important, valuable, and relevant only those works that broke one or another of the rules and parameters by which works of art were formerly valued and appreciated.

Art history was seen as a long march from the “breakthroughs” of impressionism, through a stream of different movements that led the way to abstraction, and was espoused with a strident religious fervor by the followers of this “new history” to be the greatest of all forms and styles of art. Then, with a double-think out of George Orwell’s “1984,” they separated the analysis of all previous eras (pre-19th century) into its own separate history.

It is as though there is one written art history with one set of parameters, and then a new art history that built itself on destroying the 19 century’s relevance by attacking the very parameters they use to praise all other earlier centuries. Indeed, they have created a supremely illogical schism.

This is Part 7 of an 11-part series presenting the speech given by Frederick Ross at the February 7, 2014, Artists Keynote Address to the Connecticut Society of Portrait Artists. Frederick Ross is chairman and founder of the Art Renewal Center (www.artrenewal.org). Read previous parts here.