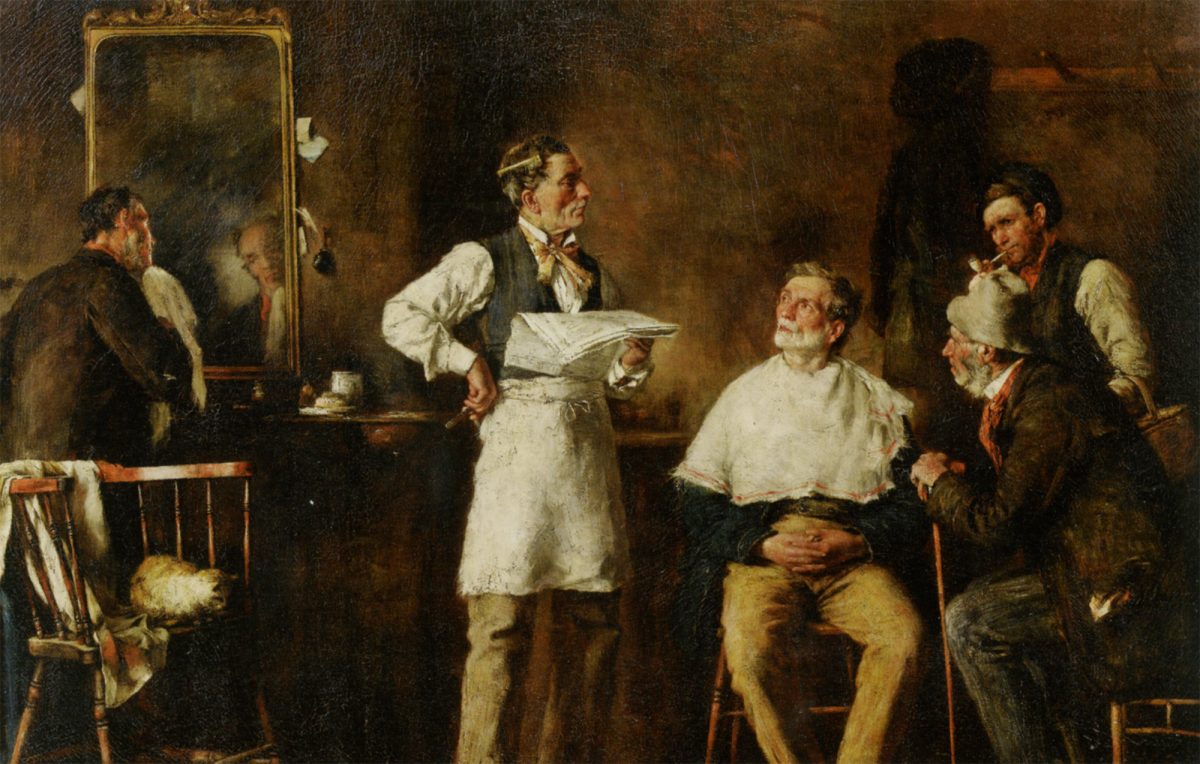 The old masters until very recently were dying off without a trained generation to protect, preserve, and perpetuate that which had been preserved for so many centuries before.

Well, I’m now ecstatic to say that there is such a generation, and it’s all of us. We all are part of it. And the realist artists of today are culture’s heroes and heroines.

We are all together playing a role in preserving and further developing one of humanities greatest accomplishments: the fine arts. Just three short decades ago, there was practically nobody left who believed as we do now. But in the past 10 years, especially, there has been an explosion in the size and ranks of the realist movement.

From a trickle, there is today a raging torrent of tens of thousands, even hundreds of thousands of people devoted to the resurgence of great realist fine art, which has been the missing universal language that can help interpret and express the ideas and developments of the last 100 years—perhaps, in many ways, the most important century in all of human history.

Many artists today are once again looking at the achievements and the great art of the past, and once again endeavoring to build upon what has come before, as we continue into the 21st century.

Modernism achieved a virtual monopoly for the past century, with controls not unlike the powerful grip of government regulators or an official licensing commission.

The institutions of cultural power banned nearly all artwork done by living artists that could be considered traditional realism. They controlled and still control nearly every museum and every fine art department in virtually all of the colleges and universities in the Western world.

Nearly all journalistic art criticism in newspapers and magazines showed the same all-consuming bias. All of the art teachers and art courses on every level of education from kindergarten through graduate school are included. Modernism overwhelmed even focused art colleges like Cooper Union, Pratt, and the Rhode Island School of Design.

No matter which way you turned, you could not find any course of education dedicated to teaching the skills of traditional classical realism. The artist guilds were long gone, and atelier-based schools had disappeared as well.

We could only find a rare thread or two of teaching that still included the training techniques that had been used nearly everywhere until the beginning of the 20th century. Oh, sure, most art departments pay lip service to learning how to draw and will usually include one life drawing class in the requirements for a degree in fine arts or art education.

But nearly all of those courses are run by art teachers who cannot really draw themselves. And it’s as true today as it was a hundred years ago, or a thousand years ago: “You cannot teach what you cannot do yourself.”

Those so-called life drawing classes usually specialize in five-minute poses, where students are taught that getting the gesture quickly is more important than getting it right. Drawings that are done well and show experience and effort are dismissed as being overworked and having too many lines.

But learning how to draw also requires long poses—long enough for students to learn how to find the right lines that define the contours: contours that move in and out of the form, contours that enable foreshortening and successful modeling. Only classical atelier training could accomplish what is necessary for artists to bring to life their creative ideas.

This is Part 4 of an 11-part series presenting the speech given by Frederick Ross at the February 7, 2014, Artists Keynote Address to the Connecticut Society of Portrait Artists. Frederick Ross is chairman and founder of the Art Renewal Center.