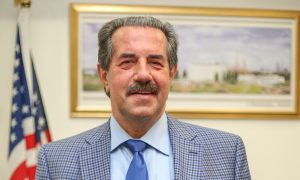 This Is New York: Alex Rovt, a Billionaire Who Listens to His Mother
0
Share Now
TelegramFacebookTweetEmailTellMeWeReddit
Copy Link 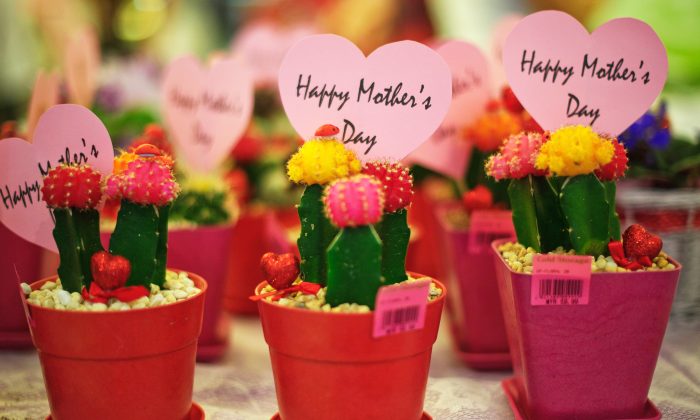 Overshadowed by greed and commercialism, the creator of the holiday tried to get it banned. (Mohd Rasfan/AFP/Getty Images)
Family & Home

Why the Founder of Mother’s Day Wanted It Banned

Mother’s Day is the one day a year devoted to lavishing our mothers with gifts, meals, and special thanks for all she does for us throughout the year.

While it’s certainly a good idea to thank our mothers for all they do for us, the very first mother in the United States to be honored by her daughter, was thanked for a lot more than what she had done for her own children.

Ironically, when this special day, meant to commemorate the achievements of mothers, became overshadowed by greed and commercialism, the creator of the holiday tried to get it banned.

Anna Jarvis set out to fulfill a prayer her mother—Ann Reeves Jarvis—once made: To create a memorial mother’s day commemorating mothers for their service to humanity, according to History.com and wvgenweb.org.

Ann Reeves Jarvis, a pioneer homemaker from West Virginia, devoted her life to raising awareness about poor health conditions in several communities, conditions that contributed to a high child mortality rate. She helped organize “Mothers’ Day Work Clubs” to teach local mothers how to care for their children.

These clubs would later unite to combat the potential divisiveness of Union and Confederate sentiments. Members agreed to uphold friendship and good will throughout the duration of the Civil War and beyond.

Following her mother’s death in 1905, Anna Jarvis lobbied businessman and department store owner John Wanamaker to organize the first official Mother’s Day celebration in 1908. Celebrations were held at a Methodist Church in West Virginia and at one of Wanamaker’s stores in Philadelphia, drawing thousands of people.

Although many states, towns, and churches had adopted Mother’s Day as an annual holiday by 1912, it did not become an official national holiday until 1914, when President Woodrow Wilson established the second Sunday in May as Mother’s Day.

This Is New York: Alex Rovt, a Billionaire Who Listens to His Mother

Jarvis, who remained unmarried and childless, initially envisioned this day as something to be celebrated between mothers and families, involving wearing a carnation and visiting one’s mother or attending church services.

But by 1920, florists, card companies and other merchants had capitalized on the popularity of the holiday. Jarvis began discouraging people from buying cards and gifts. She even started a campaign against Mother’s Day merchants and filed several lawsuits against those who used the name “Mother’s Day.”

By the time of her death in 1948, Jarvis had attempted to have the holiday removed altogether.

Despite Jarvis’s later efforts, Mother’s Day is still a popular holiday in the United States. It is one of the biggest holidays for consumer spending.