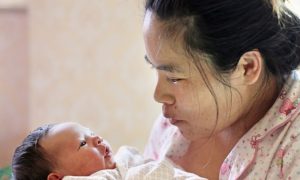 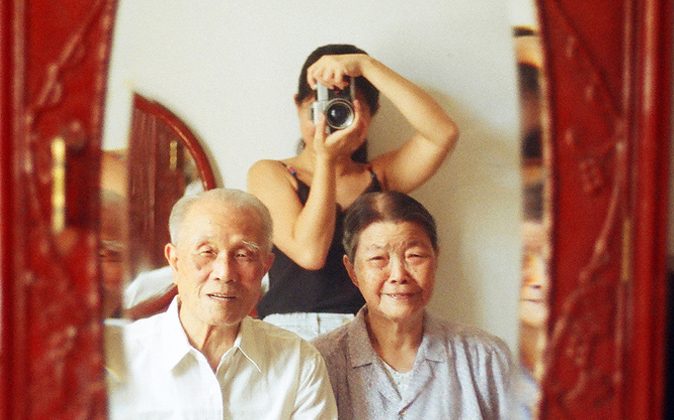 Why More Grandparents Are Raising Their Grandchildren

Sunday, Sept. 13 was Grandparents Day. Many grandparents will have received loving cards, calls and emails from their grandchildren.

However, a significant number of grandparents—approximately 2.7 million, as reported by the U.S. Census—will have done exactly what they do every day, which is make their grandchildren breakfast, organize their activities and help with homework in the evening.

As researchers and health and social service professionals, we know that this is a growing group of often invisible caregivers.

Grandparents Day is a fitting moment to take a closer look at the social contribution grandparents are making and to ask what impact this unexpected caregiving—often in later stages of these people’s lives—is having on them.

Not a New Phenomenon but a Changing One

The profile of grandparents who are raising grandchildren suggests that these care providers exist in all segments of our society.

Nationally, 51 percent are white, 24 percent are African American and 19 percent are Latino. Also worth noting: 67 percent are younger than age 60 and 25 percent live in poverty (as defined by Federal Poverty Level) .

Grandparent caregiving is not a new phenomenon: kincare has historically been part of family life. In fact, even President Obama has chronicled his early life experiences being raised by maternal grandparents. While extended family members have been part of childcare when needed, the reasons for and experience of raising grandchildren have changed over recent decades.

Consider, for example, the African-American community. Although they do not represent the majority of custodial grandparents, their percentage is almost double their representation—13.21 percent, according to the 2013 Census—in the general population. Within this community, and our society in general, the reasons for grandparent care have changed dramatically.

In her 2010 Pulitzer Prize-winning book, The Warmth of Other Suns, Isabel Wilkerson documents the great migration of African Americans from the South to other regions of the United States. Between World War I and the 1970s, more than six million individuals and families left the South to seek work and a better quality of life in urban centers such as Chicago, Detroit, Harlem and Oakland.

Since the mid-1990s, the number of grandparents who are raising their grandchildren has increased as a result of several social conditions.

The U.S. Census reports that between 1970 and 1990, most of the children who resided with grandparents were in households where one or more parents was also present. By the 1990s, the most common configuration was one in which one or more grandparents were raising grandchildren in parent-absent families.

Addiction and incarceration rates, child abuse and neglect, and economic factors all have contributed to the rise in the number of custodial grandparents.

In the 1990s, for example, the incarceration rate for women skyrocketed significantly more than the rate for fathers. Incarceration, addiction and neglect are often interconnected. Take this four-year-old boy’s story about life before his mother went to jail:

You know what happened to me, granny? We went to .. town to get some dope…. Mama didn’t have enough money…. and a gun came through the window, right in my face.

In addition to dealing with the challenging dynamics of care—including the divided loyalties children may feel when separated from their parents even in cases of maltreatment—many of these grandparents are starting to experience their own age-related changes in health and functioning.

Much of the research on custodial grandparents has focused on their health and well-being.

Compared with non-caregiving peers, grandparents who are raising their grandchildren have more extensive health problems. When there are limited resources—whether financial, time or energy—grandparents prioritize their grandchildren over themselves. This situation can lead to undiagnosed health problems, untreated chronic diseases, and poor health practices such as poor nutrition and lack of exercise.

In addition, grandparents can experience depression and anxiety from the stress of care. In one study of grandmothers raising grandchildren, approximately 40 percent scored in the clinically elevated range on psychological distress.

In spite of these challenges, grandparents report rewards and joys that give them a sense of purpose and keep them young (at heart at least). One grandparent puts it this way:

to have her look up and say, “I love you.” And she’ll come around once in a while and she’ll say, “I’m so glad. I’m so lucky I have you and Grandma.” And I’ll say, “We’re lucky we have each other.”

Keeping grandchildren in their own cultural community is another important motivation for many. For example, research has demonstrated the historical commitment to caresharing in African-American families:

From a policy perspective, grandparents provide the safety net for children who might have otherwise entered the foster care system.

In Georgia, for example, grandparents raising grandchildren saved the state approximately $9.9 million in foster care costs by caring for 2,200 of the state’s 8,807 children in foster care during the 2015 fiscal year. Nationally, it is estimated that grandparents and other kinship care providers save the government more than $6 billion annually.

But in caring for these children, grandparents pay a high price, especially those who are raising the children alone.

Twenty-five percent of these grandparents are over the age of 70 and have an income of $15,000 or less. They are more prone to health issues than their younger peers—25 percent have diabetes, 20 percent have chronic obstructive pulmonary disease (COPD), and 17 percent have had a heart attack. And yet, more than a third are raising multiple children, many whom are under the age of 12.

What can be done to support these grandparents?

Because of increased recognition of both the prevalence and urgent needs of grandparents raising grandchildren, many communities have created grandparent support groups and “kinship navigator” programs that help identify and access much-needed public and private resources.

Programs such as Project Healthy Grandparents at Georgia State University, which one of us is director of, offer support and health interventions to help grandparents remain healthy and effective as care providers with home visits, early intervention services for children with developmental disabilities (which are often related to prenatal substance abuse exposure) and support groups and parenting classes.

Other programs such as Grandhousing, which provides apartments specifically for grandfamilies, are also growing. The first such structure was built in the Boston area in 1998, with several other communities following suit—including Buffalo, Chicago, Phoenix, Detroit and Baton Rouge.

Programs for grandchildren are also crucial. In one initiative that replicated our Atlanta-based model in a rural area of Georgia, a van transports the children to an activity day so they can be with others who are in grandparent care. As the driver pulled up to the second house, the two sisters already in the van exclaimed:

look—those girls are being raised by their grandma too!

Even before the start of the activity, these children felt less alone in their experience of living with grandparents.

For many, Grandparents Day is celebrated one time per year. And grandchildren’s visits are a “delight” to be looked forward to for days and that last only a few hours. But for about three million children, being with grandparents is a daily occurrence: it is time for these families to be recognized more formally by policymakers and service providers. Without more extensive official responses, grandparents may receive little or no support until there is some type of physical or mental health crisis in the family.