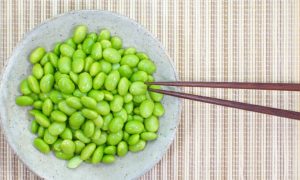 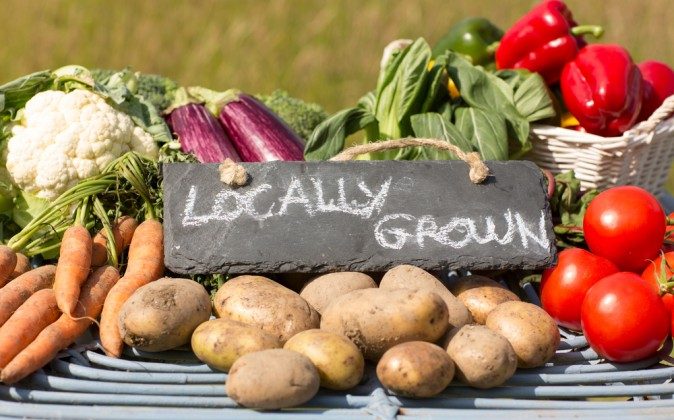 Why Local, Organic, In-Season Food Is the Right Choice

There’s more to organic gardening than just swapping one kind of input for another. It in fact requires you to change the way you think about the soil, air and water, how your choices impact your local ecosystem, and how this way of growing affects the person who eats the plant. Which is usually you and your family. It involves a completely different way of thinking, called “ethical living”. When we practice ethical living, we make decisions locally which create as little impact as possible on our environment. These local decisions can have a very long tail.

Many reading this page grew up gardening with chemicals, myself included. In those days the idea was to blast every garden insect you could find with insecticide and add huge amounts of petroleum-derived, nitrogen-based fertilizers to your plants so they grew ginormous fruits and vegetables. We know now that this was arecipe for disaster and completely unsustainable.

Now we’re faced with the hard truth that insects have become resistant to the pesticides invented to kill them and so much synthetic fertilizer runs off farm fields that green algal blooms consume thousands of square miles of the world’s waterways (see these pics in National Geographic). This is the unfortunate side effect of trying to increase crop yields as arable land decreases, the world’s population increases, and the standard of living rises in what used to be known as third world countries.

These consequences of technology now make it imperative that we support local growing and farming and eating in-season food as often as possible. For we gardeners, that includes growing as much of your own fruits and veggies as you can in an organic garden, the very definition of ethical living.

The importance of eating in-season produce can’t be understated. Here in the Northeast in January, I can buy a tomato in my local market. Any gardener knows that tomatoes are a warm season crop – they require 75-85 degrees air temperature, warm soil, lots of light and just the right amount of water to properly mature. In Pennsylvania, depending on the cultivar, this happens in July-August-September. Obviously those “fresh off the vine” tomatoes in January aren’t grown anywhere close to where I live. In fact, that tomato was probably grown in Florida, picked when it was green and rock hard, packed on a truck (or worse, an airplane), dosed with ethylene gas to encourage it to ripen en route, then gassed with more ethylene in the “ripening rooms” of the wholesaler before it was trucked to my local market. Yummy. (Ethylene is a naturally occurring hormone in plants which regulates the ripening of the fruit – ethylene gas encourages fruit to ripen early)

The carbon footprint created just so I can eat that tomato in winter is astounding:

Indeed, a compelling argument for buying local. But there’s another side of the equation, which is why I also stress in-season food. That same January tomato might have been grown locally in a hothouse, reducing the food miles, but requiring vast amounts of heat. If the heat was produced by fossil fuels the local tomato might actually have a larger carbon footprint than the tomato which traveled from Florida. Quite a dilemma, isn’t it?

Now suppose I grew that tomato in my organic garden in summer, using nothing but homemade compost from kitchen scraps and yard waste.  In September, when fully and naturally ripe, I blanche it and put it in the freezer. When I defrost it and eat it in January, it would be far superior in flavor and nutrition to the market tomato, even with the slight loss of flavor that comes with freezing. Additionally, the nutritional content of my tomato which  matured fully on the vine would be superior to the tomato harvested when green. My homegrown frozen tomato may not be fit for slicing in a salad, but it would be great in sauces or soups.

The carbon footprint for my homegrown tomato is quite smaller:

This article was originally published on www.bigblogofgardening.com