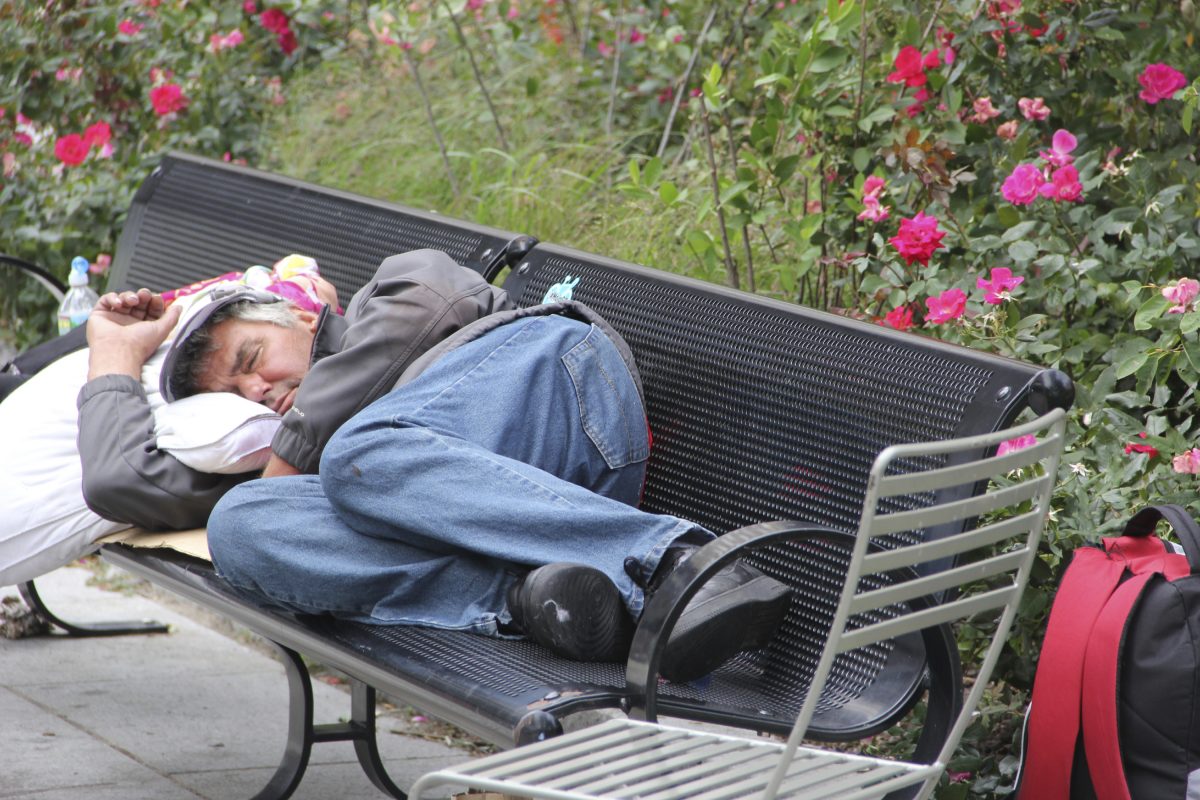 Jim O’Connell has spent his career as a “street doctor,” caring for homeless people on the sidewalks, benches, and bridges where they live.

O’Connell had originally planned a career in oncology, but after completing medical school at Harvard and a residency at Massachusetts General Hospital, he decided to spend a year working at a handful of health clinics for the homeless at places like Boston’s Long Island Shelter and the Pine Street Inn.

“After four years of medical school and three years of residency, I had thought my training was finally over,” writes O’Connell in his memoir Stories from the Shadows: Reflections of a Street Doctor. “My education in homelessness and poverty was just beginning.”

Writer Barbara Moran spoke to O’Connell, president of Boston Health Care for the Homeless Program and a member of the Boston University School of Medicine’s general medicine division, about slowing down, opening up, and how losing his stethoscope made him a better doctor.

Tell me about your first day at the pine street inn.

I went in thinking I was going to be cherished. Because I’m a doctor, right?

Anyway, I walked right smack into the nurses’ clinic, and Barbara McInnis—who eventually became the person I admired most in the world—sat me down and read me the riot act, as only nurses can do. She said: “Look, we’ve been doing this for a long time, without the help of doctors or hospitals.” And if I wanted to learn how to do this, I would do well to just watch them. And she gave me this apprenticeship, where I had to soak patients’ feet in the waiting room. And she took away my stethoscope.

Oh yeah. She said, “You have to stop thinking like a doctor. This is not about doctoring. This is about getting to know people.”

How did that make you feel? Another doctor might have walked out in a huff.

I was devastated! But I was determined. It was like, “if you’re trying to test me, I’m going to win this test.” So I started to soak feet. And soon I realized it was quite extraordinary because it reversed the power structure. It put you at the feet of the person that you’re taking care of, and it respects their personal space. So I learned to just soak feet and say hello to people, and some people would speak to me, some didn’t. Over time, almost everybody started to speak to me, and I understood by then what the nurses were doing. They were trying to make me part of the fabric. I had to be present; I had to be consistent. And then people opened up.

Do you remember any patients in particular?

The most memorable was a man I had known for years in the emergency room as someone we had called “treatment-resistant.”

He’d be brought into the emergency room by police or EMS, he’d have swollen feet, needed antibiotics, or we wanted to start him on some medications; he wouldn’t take anything. He never did anything we wanted him to. And we kind of gave up on him.

But after I had been soaking his feet for several weeks, he looked down at me and said, “Hey, I thought you were supposed to be a doctor.” That was the date that everything changed—it was the first time anyone in the shelter called me a doctor! And I said, “Yeah, I am a doctor.” And he goes, “Well, what the hell are you doing soaking feet?” And I told him, “Because that’s what the nurses told me to do.” And he looks at me and goes, “Boy, you’re a smart man.”

Not long after that, he asked me if I could give him something to help him sleep. And that began the journey to getting him on the medication that actually helped him. And he got into a group home after 25 years on the street. After two-and-a-half months of soaking his feet, he was in a group home.

And I started to realize, wow, taking time like this can have pretty interesting outcomes. But it’s nowhere valued in our training.

But that sounds like some good doctoring, right? You were being present and reversing the power structure, and it seems like that would help most patients. But is it especially useful for this population?

The homeless population shows us the weaknesses in the mainstream system before you see it anywhere else. The seven- or ten-minute time we have in the exam room rarely works with homeless people. If you try to go fast, you’ll have terrible outcomes. If you slow down, your outcomes become much, much better.

I just wonder if this has ever been tried with non-homeless patients.

You know this concierge medicine that they have now? Even though I sort of resent it, I understand what they’re getting at. I think that’s what we doctors wanted to do, and what we thought we were going to be doing.

So you were a concierge doctor before its time!

If you’re going to do this, it has to be concierge medicine.

You introduced the book with the myth of sisyphus. That’s a little bit of a bummer, don’t you think?

No! No, come on. You have to read it. Have you ever read the myth of Sisyphus?

I was a philosophy major in college, and I remember reading Albert Camus’ version.

I don’t know the camus version. I thought the myth of sisyphus was about eternal punishment and despair.

No, no. In the Camus version, Sisyphus takes something that should be like that, and turns it into a joyful task. He said, “I don’t care if I ever get the rock to the top to stay there. My job is rolling it up the hill, and I’m going to be good at it.” And I liked it because it throws into disarray what you mean by success, and takes a problem that may not be fixable or solvable but you can still take great joy in working on it.

You graduated from Notre Dame. In your book you don’t talk about religion, but I do hear echoes of it, especially in the foot bathing. Did your religious background guide your work at all?

It’s a great question. I grew up in an Irish Catholic town—are you Irish? You must be Irish. Is Moran your name or your married name?

It is my maiden name, yes.

Okay, so you know this. We grew up with this guilt. Our family’s riddled with guilt, every which way you can go. And when you start to study existential philosophy and you look at Camus, you realize there’s a shared brokenness in humanity, and that staying in touch with that keeps you in touch with yourself.

Why did I feel comfortable with these people? I have no idea. But there was something about getting close to people and understanding how courageous they were, given their brokenness, that made you recognize lots of things in yourself. It meant that the distance between me and them seemed less and less as time went on.