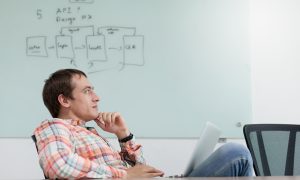 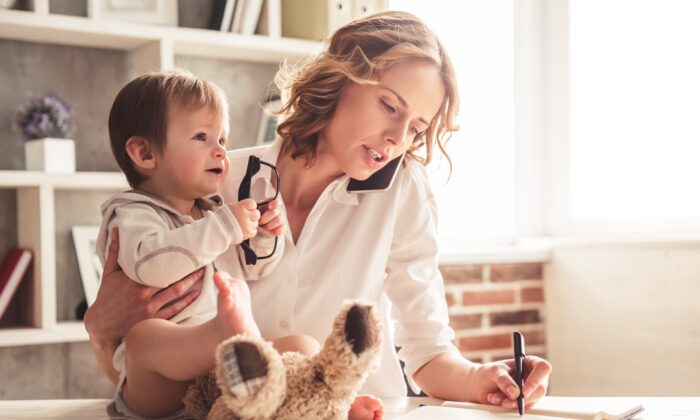 Committing to a direction means another direction is left unexplored. This is the reality of our finite resources of time and energy. (George Rudy/Shutterstock)
Mind & Body

Why ‘Having It All’ Is a Big Fat Lie

Working with Jane, a mom and physician, I was struck by how tortured she was because she couldn’t spend as much time as she wanted to with her young child.

I wasn’t struck by the fact that time away from her child was painful, but rather by what seemed to be the real source of her suffering.

Specifically, she felt that she was supposed to be able to have the great career she wanted as a doctor and also be able to be the loving and present mom to her child. As she saw it, she was doing something wrong because she couldn’t have both.

Another client, Rachel, told me that she wanted to have a more intimate relationship with her husband, to feel more connected. She talked about their less-than-juicy date-night dinners. She shared that her husband was upset because she left her phone on during their dinners in case the kids called (healthy teenagers).

Apparently, as is usually the case, the tech interruptions were breaking the connection between them. She was in my office because she wanted me to design a strategy or digital program that would make it possible for her to be on call all the time to her family, and also intimately connected to her husband in their private time.

On another front, in just the same week, Peter was telling me about his romantic relationship of nine years. He shared that he was deeply nourished by the unconditional love and stability of their bond and how much he loved his life with his partner.

Simultaneously, he was unable to tolerate the fact that when he went to parties or was surrounded by new women, he couldn’t behave like a single person. He was at war internally with the idea that being in a monogamous and committed relationship would mean that his life felt constrained in certain other ways. But underlying his despair, the real suffering was once again coming from his belief that he shouldn’t have to give up anything he wanted.

And then there’s MK, a college student who is obsessively angry because of the deep confidence his friends have earned through their mastery in sport or other passions and academic pursuits.

MK acknowledges that he loves to socialize and party and that he’s chosen to spend his time doing just that, as opposed to achieving excellence. And yet again, this young man is confused and frustrated by my inability to devise a plan to give him the social life he wants and also the self-confidence that comes with focused hard work, time, and effort.

We’re conditioned to believe that we should have it all—everything we want. Having it all in this society also means not having to give anything up.

Technology encourages this belief. With the touch of a button, we can, in fact, get a lot of things we want without much effort. Media and advertising also support our belief that everything is possible; if we don’t have everything we want, we need to try harder.

The powers that be want us to believe that we can have it all because it keeps us chasing the dream, a dream of endless acquiring and achieving. Ultimately, having it all (as an idea) is good for business while accepting not having it all is bad for the bottom line.

If we stop chasing it all, the profit margin shrinks.

When I told Rachel that being available 24/7 to her kids might mean not being as available to her husband, and perhaps not enjoying the intimacy she desired, she was disappointed and seemingly not convinced. Similarly, when I advised Peter that his choice to be in a committed relationship—and enjoy the jewels of such a choice—would mean that his experience of socializing would have to change and be perhaps less exciting than if he were single, it seemed as if he had never considered such a concept.

So too, when I laid out the hours that Jane’s career in New York required and juxtaposed that against her young daughter’s wake-and-sleep schedule, she seemed to be seeing the information for the first time, as a scientist almost, recognizing the math of her reality, and thus the real truth of her choices.

Life has limitations, which we oddly aren’t taught. Accepting this truth, however, frees us from the fantasy that keeps us chasing and suffering.

When we believe that we can and should have it all, we end up paralyzed, stuck between choices, and unable to pull the trigger or settle into any path. We’re unwilling to accept the reality that, like it or not, choice involves loss, not occasionally, but always.

When we stick with our storyline that we are the problem, that we are why we can’t have everything we want, we actually end up with nothing. Loss and gain go hand in hand.

Furthermore, when we reject the fact that we have to give up something we want in order to get something we want, we deny ourselves the opportunity for self-compassion. Accepting the loss that comes with choice means also accepting the feelings that come with that loss. It means offering a place for the sadness or disappointment that comes as a result of not being able to enjoy that other path.

With every choice, one door opens and another closes. There is an experience of that door closing, which also needs to be included and treated with empathy.

I often find myself simply saying “yes” to people who come to see me with such dilemmas of choice. Yes, it’s true that if you choose this you will not get to have that. The fact that you can’t figure out a way to have both doesn’t mean there’s something wrong with you; it means you’re living with the reality of being human.

There is only so much time, energy, motivation, and attention for some of what we want—not all of it. Some wants, by their very nature, eliminate the possibility of other wants.

When I lay it out matter-of-factly in this way, people sometimes look at me as if I have three horns, as if they had never considered such a basic truth.

When we’re willing to accept that life includes non-negotiable limitations, then the value of the choices we make, the meaning in the path we do choose, increases exponentially.

Recognizing and being honest about what we get, and what we choose to give up, intensifies how much what we get actually matters to us.

It’s not your fault if you can’t have it all; it’s not a failing on your part. The idea that we should be able to get everything we want, have every experience we desire, is false.

It’s an idea that keeps us handcuffed, stuck, and suffering.

These are the hard choices that come with life. Approaching our choices with a mature and sober sense of reality, one that takes into account the losses that all choices include, allows us to live a life of deeper intention and meaning. We can feel even more grateful for what we do choose to experience.

When we stop busying ourselves with what we should have and what’s wrong with us that we can’t have it, we get on with the business of determining what we really want. We can choose what’s most important to us. Accepting the reality of choice and its partner, loss, encourages us to get clear about what we really want our life to be about and get on with living it.

Nancy Colier is a psychotherapist, interfaith minister, public speaker, workshop leader and author of “The Power of Off: The Mindful Way to Stay Sane in a Virtual World.” For more information, visit NancyColier.com.