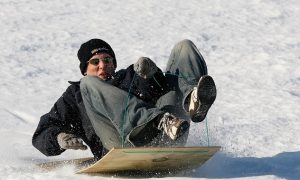 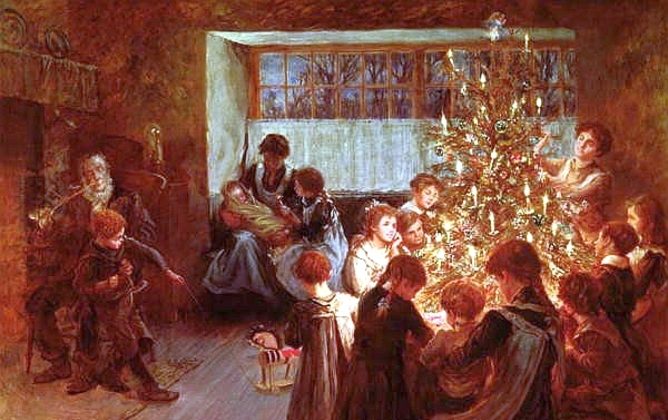 Why Ghosts Haunt England at Christmas but Steer Clear of America

A few years ago, the Downton Abbey Christmas special featured a ouija board which communicated a message from a dead character. American reviewers were extremely puzzled by this incursion of the supernatural, while British reviewers found it unexceptional. Indeed, few bothered even to mention it. Why?

But Dickens is clearly feeding off an older tradition. It is one which Henry Irving refers to in his Keeping of Christmas at Bracebridge Hall. An American traveller visits an English country squire who has revived old traditions of Christmas as a social gathering for all the community. This gathering includes the telling of local legends and ghost stories.

Similarly, Dickens’s use of the phrase “Winter Stories” points back to an Elizabethan or older tradition of telling strange and fantastic tales in the winter. Which brings us to Shakespeare and The Winter’s Tale, one of his late romances of tangled identities and apparent death and revival. Telling bizarre and fantastic stories around the winter fire was clearly a well known tradition before the time of the Bard himself.

So the tradition has a long history – but only in England. Scottish and Irish traditions favoured Halloween as a time for ghostly tales. The split is at least partially a religious one. Halloween in England was never extensively celebrated and was taken over by Guy Fawkes Night in the early 17th century, a celebration of saving a Protestant king from a Catholic plot. The proximity in the calendar of two similar fire festivals meant that one would come to dominate in each area, largely according to religious sympathies.

These Halloween traditions were taken to North America by colonists, and combined with other celebrations to form a pan-Celtic party in the new US and Canadian societies. The Halloween holiday often involved riotous behaviour: watch the Halloween section of the classic musical Meet Me In St. Louis to see little Margaret O’Brien (age seven) terrorising some new immigrants for being different; she also concocts a near-lethal plan to derail the trolley car.

But the real-life excesses of the celebrations were curbed and the parties moved increasingly into nice middle-class homes. There hosts could follow magazine instructions for the perfect Halloween party, including, of course, ghost story contests.

Broadcasting now plays a key role in mapping out our cultural calendar, through Christmas (or Halloween) specials, state occasions, sports, and the shifting emphasis on different genres and tones.

So in the US, Halloween had become the time for spooky tales. Orson Welles’s notorious radio adaptation of The War of the Worlds was a Halloween trick and treat. Ghosts and the supernatural crop up in various TV series, including Star Trek, Starsky and Hutch and Hawaii Five-O, in their Halloween editions.

While Halloween has certainly made its mark on British society and culture, the long British history of broadcasting Christmas ghost stories has kept them part of the season since the first Christmas of BBC radio in 1923. M R James’s ghost stories are regularly adapted for television and radio over Christmas, most recently with last year’s The Tractate Middoth. This was an homage to the 1970s series of annual television plays known under the banner title of A Ghost Story for Christmas, which adapted James as well as Dickens’s The Signalman. Many of James’s stories were originally written as Christmas entertainments for his friends and students, taking us back to the literary and oral tradition.

The TV ghost story for Christmas is such a tradition that it can turn up in seemingly unlikely places, including Bergerac, The Bill, Not Going Out and, of course, Downton Abbey.

This year there will be no specific Ghost Story for Christmas from the BBC, or repeats of previous episodes, so it’s left to Channel 5’s The Haunting of Radcliffe House to continue the tradition.

But maybe elsewhere there will be more unexplained goings on to remind us that Christmas is a time of year to reflect, to purge the horrors of the past, and to snuggle up warm and safe under the covers as we look to the future.